KATIE Price and Carl Woods' dinner date at a swanky Mayfair restaurant this weekhas angered some of their fans.

The couple dressed in designer gear for a visit to Amazonico, a month after Katie avoided jail for her drink-drive crash last September. The heavily in debt star, who has an upcoming bankruptcy hearing, was given a suspended sentence and ordered to carry out community service.

Commenting on a picture of the pair on their date night, one Instagram user said: "Still no time for rehab or community service, played the sympathy card, great role model for her children, obviously crime pays for Z listers."

A second fumed: "What an absolute rub in your face…

"The world is so unfair, you deserved [to be] sentenced for what you done, while other folk struggle to get by on barely a blink on your charges. Enjoy your meal and laugh at your acquitted charges. Stop bloating and have some bloody respect in yourself, what you post and what you have done while the rest of us struggle with day to day life. Mental health, not gloating on wealth price!!"

While a third wrote: "Your mrs still owes creditors she should be spending less money going out."

Earlier this week Katie's pal revealed plans for a lavish joint holiday – hot on the heels of her bankruptcy hearing.

Close mate of the former glamour model, Ryan Mira, told how he will be heading away with Katie and her fiance Carl "this time next month".

To mark their upcoming trip, he uploaded a shot to Instagram showing them preparing to board a plane for their lavish stay in the Maldives in 2020.

In the image, used car salesman Carl is seen pushing his wife-to-be in her wheelchair after she broke both her feet, with Ryan beaming as he stood alongside them.

Katie and Carl branded their trip a "baby making" holiday after revealing their plans to start a family together.

The trio also went away to the picture-perfect location last year.

Yet this time around, the dream vacation is set to clash with Katie's re-arranged court date for her bankruptcy hearing.

The Sun exclusively revealed how the hearing was postponed yet again – and will now fall on Valentine's Day, February 14.

Katie was due to return to court before the end of the year to update trustees on paying back her debts – but the hearing has now been rescheduled.

At the time, a source told us: "Katie was due in court next month but now the court date has been moved to Feb 2022 – which is disappointing for a lot of creditors."

The former glamour model was declared bankrupt in November 2019, and last August we revealed that she faces prison if she misses her next hearing.

After the 2019 ruling, Katie was supposed to pay off £12,000 a month to her creditors after taking out an individual voluntary arrangement (IVA) – but failed to do so.

READ THE LATEST ON KATIE PRICE 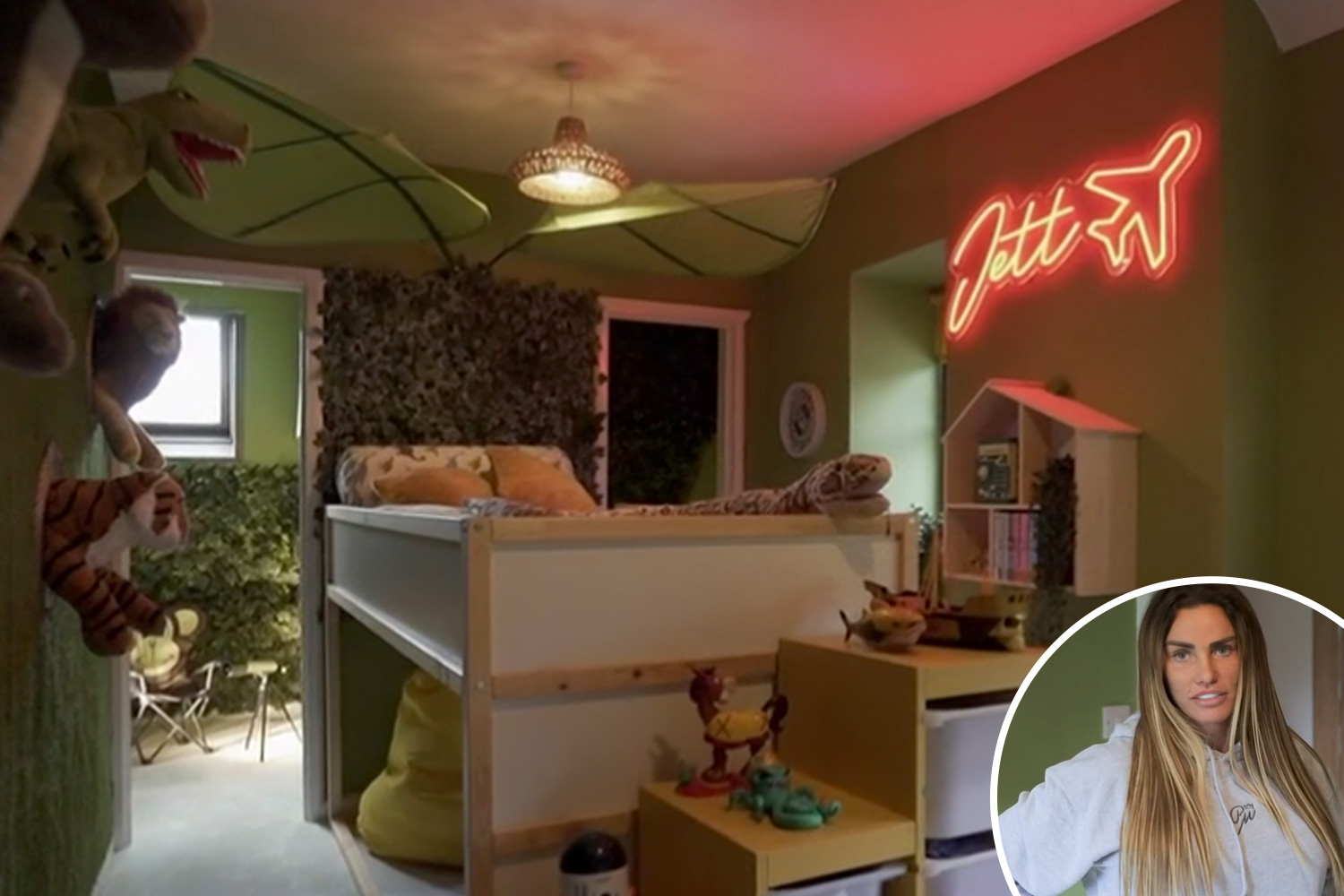 The next hearing is to review her attempts to pay back her hefty debts to creditors two years after going bust.

Katie owes a staggering £3.2 million to her creditors, but is unlikely to pay it all back.

The mother-of-five saw her once lucrative £45million media empire fall apart after the downfall of her third marriage to Kieran Hayler and the collapse of her businesses.

And last year, Katie was hit with a repossession order for her £1.35million home after she failed to repay a debt of more than £500,000 on the property — dubbed the Mucky Mansion.

She faces losing the house if she cannot stump up the cash to pay off her debtors before a repossession hearing.

It has been a difficult few months for Katie, who was admitted to rehab in September after pleading guilty to drink-driving while disqualified.

She was spared an immediate jail term despite flipping her BMW after a booze and drugs bender.

Katie also caused fury as she was spared jail for the incident, in a sentence handed down on December 15.