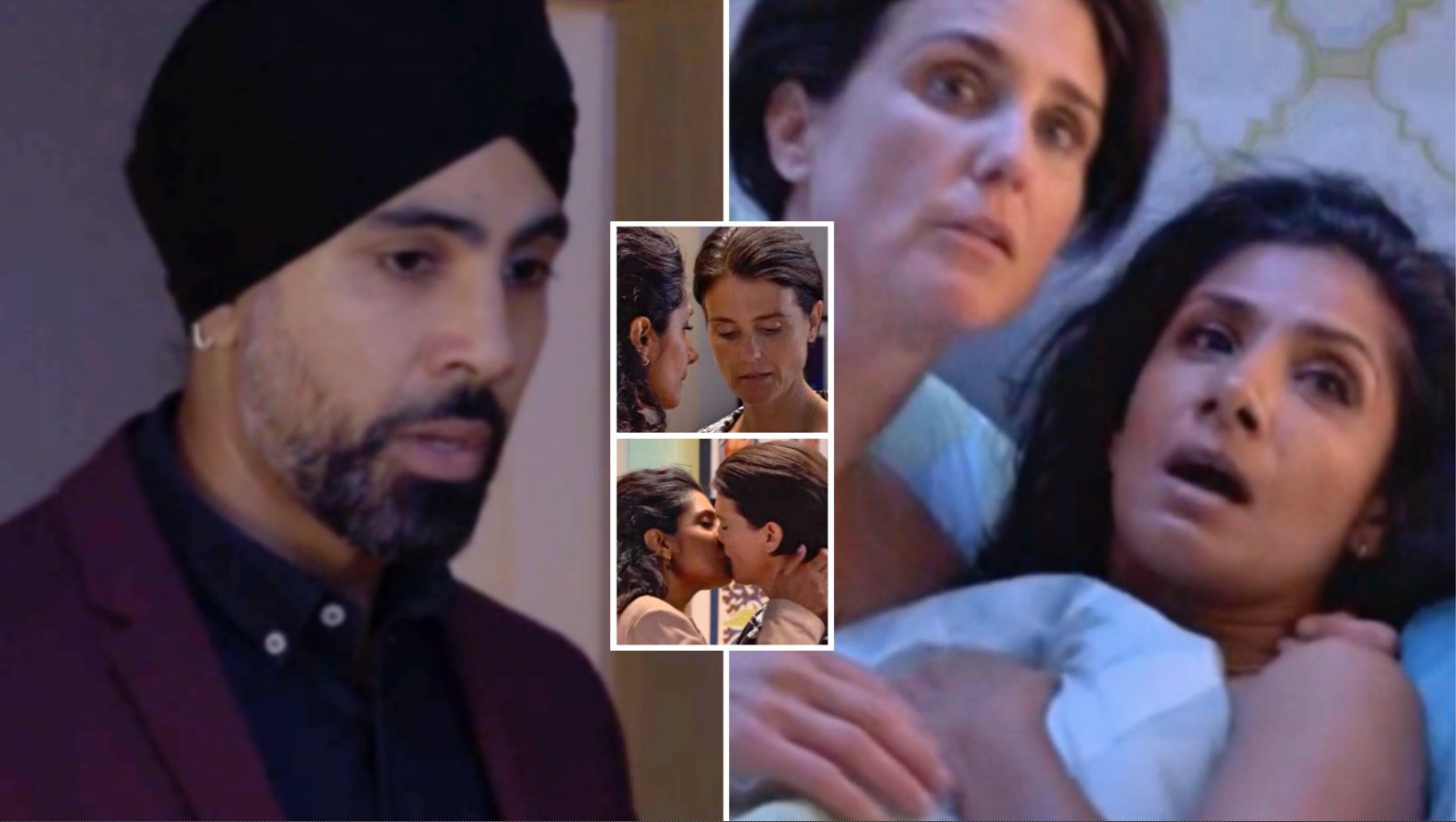 Suki Panesar (Balvinder Sopal) was left in shock in EastEnders as son Kheerat (Jaz Singh Deol) walked in on her and Eve Unwin (Heather Peace) in bed together.

The popular character, as viewers knot, is due to set off for Mumbai as part of a big business deal she has secured, but she was left upset by how unfazed her loved ones were about her imminent departure.

Eve, meanwhile, felt for Suki and thus worked her magic to get her loved ones together for a farewell meal – a gesture which left Suki in complete and utter shock.

Things, however, soon became rather complicated, as Kheerat struggled to keep his opinions in check, and he and Suki came to blows as a result.

Suki was left upset and thus stormed out of the meal, much to the upset of Vinny (Shiv Jalota) and Ash (Gulaine Kaur Garcha), who both gave their brother a telling off for his unforgiving attitude.

Ece, meanwhile, followed Suki back home, where she proceeded to comfort her, and one thing led to another, as an emotional Suki struggled to resist temptation, telling Eve that she doesn’t think she can keep their relationship a secret any longer.

The two shared a passionate kiss before Suki led her lover to the bedroom, where they had sex.

Suki broke down in tears afterwards, as she opened up Eve about how happy she is, but things would soon take quite a turn.

Kheerat, having listened to his siblings’ advice, headed for the house he used to call home, and he got quite the shock as he entered his mum’s bedroom to find her and Eve together!

Will Suki be able to open up to her son? What’s more, will Kheerat be willing to listen?

EastEnders continues Thursday October 13 at 7:30pm on BBC One.