Lucifer Morningstar (played by Tom Ellis) has now taken over from God (Dennis Haysbert) after proving himself worthy by saving Chloe Decker’s (Lauren German) life. However, fans of the Netflix hit have predicted the LAPD officer will discover she’s pregnant after deciphering a huge clue in the season five finale.

The final part of season five was titled A Chance at a Happy Ending and left fans fearing the worse.

Lucifer fought his twin Michael (Tom Ellis) but Chloe was soon dragged into the violence.

Michael stabbed Chloe in the stomach with a staff made of wood taken from the Tree of Life.

Lucifer’s love of his life died in his arms while Michael looked menacingly on. 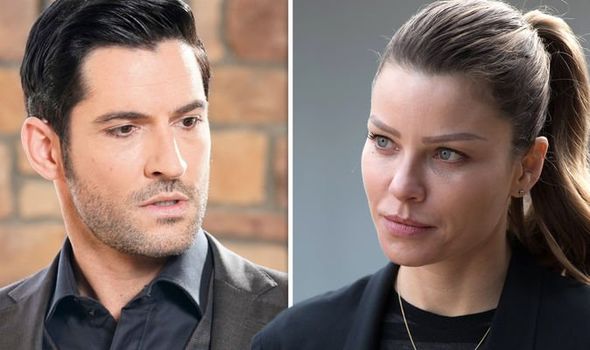 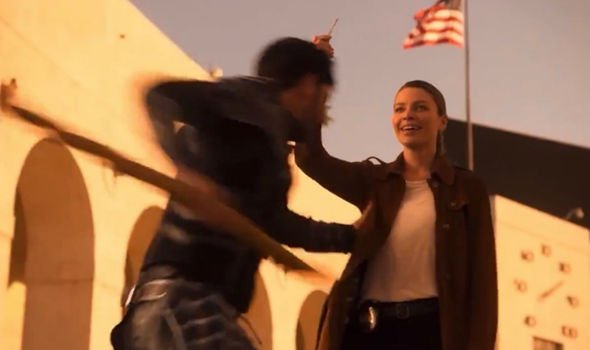 However, Lucifer decided he could save Chloe by bringing her back from heaven.

He did this knowing that he would die if he visited the holy realm.

But, in a welcome plot twist, Lucifer’s actions proved he was worthy of taking over from his father.

Both Lucifer and Chloe survive the ordeal with the fallen angel finishing the season by becoming the new God. 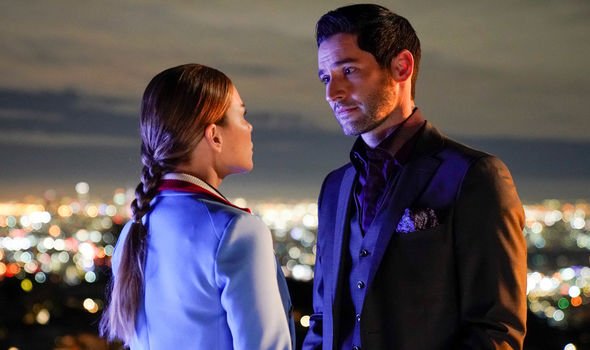 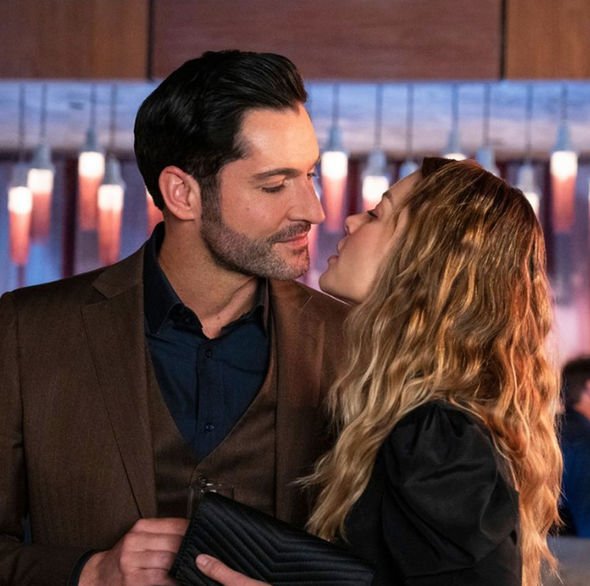 Lucifer fans suspect Chloe will discover she’s pregnant after being stabbed by the Tree of Life.

One wrote: “I hope to high heaven that @LuciferNetflix has Lucifer and Chloe get pregnant so #Lucifer can fully overcome his daddy issues and become a father and correct his father’s mistakes in season 6.

“I can’t imagine a better ending to this show! The future looks great!”

“Stabbed by the Tree of life… Chloe gonna catch pregnant next season #Lucifer #LuciferSeason5B,” another wrote.

While a third said: “Chloe getting stabbed in the womb by the Tree of Life is very VERY interesting to me #Spoilers #Lucifer #LuciferSeason5B.”

“Maybe there’s something to that pregnancy storyline after all….Deckerstar has certainly grown enough to handle it,” a fourth suggested.

Someone else wrote: “Yes! Very interesting. I found the mention of the Tree of Life random but then it also reminded me of what her name means ’Blooming’ or ‘fertility in Greek. So my mind is everywhere with this idea right now.”

Will Chloe realise she was pregnant before she was stabbed or could the Tree of Life help her conceive a baby with Lucifer?

Meanwhile, this isn’t the first time fans have predicted Chloe will fall pregnant with the trailer for season 5B including a few references to fatherhood.

Although this turned out not to be a huge teaser, many fans are hoping season six will bring with it a mini-Lucifer.

Lucifer Season 5, Part 2 is available to stream on Netflix.