The final eight episodes of Lucifer’s epic fifth season are finally out on Netflix for fans to enjoy. After binging the new instalment over the weekend, ‘Lucifans’ have been debating whether Chloe Decker (played by Lauren German) will be keeping Lilith’s ring after being pulled from Heaven in the jaw-dropping finale.

Detective Chloe Decker’s remaining time on Earth may not be quite as long as Lucifer Morningstar (Tom Ellis) thought after saving her from the brink of death.

After taking a fatal blow from Lucifer’s twin brother, Michael, in an intense battle during the season five finale, Chloe was finally able to reunite with her father, John Decker (Russell Simpson) in Heaven.

However, their catch-up in Paradise was cut short as the devil was far from ready to say goodbye to his first and only love.

In a fit of desperation, Lucifer ascended to Heaven and gave Chloe the ring he was given some decades earlier by Lilith, mother of Mazikeen (Lesley-Ann Brandt). 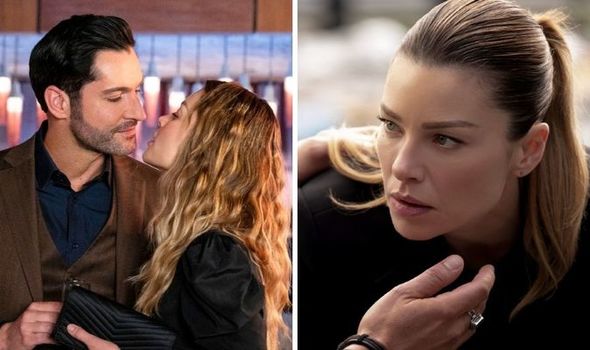 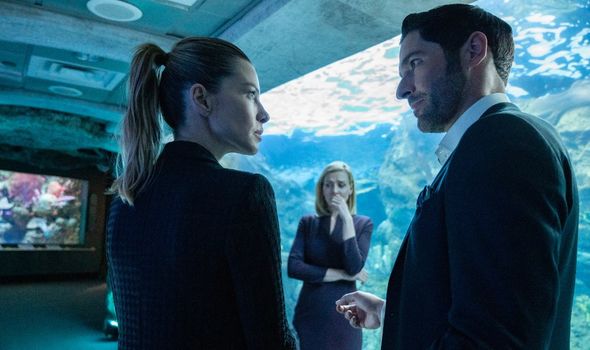 Now Lucifer has become God, the new ruler of the universe hopes he’ll be able to balance his abundance of celestial duties whilst also working on his and Chloe’s fledgling relationship.

Despite fair warning from the original God (Dennis Haysbert) about the responsibilities of the job, Chloe will aid Lucifer’s crusade to improve Earth for all of humanity.

But, the finale also set up a number of hurdles they may encounter along the way.

First on their list of concerns is the fact that Lilith’s ring has probably used up most of its power getting Lucifer up to Heaven, and subsequently returning Chloe down to Earth. 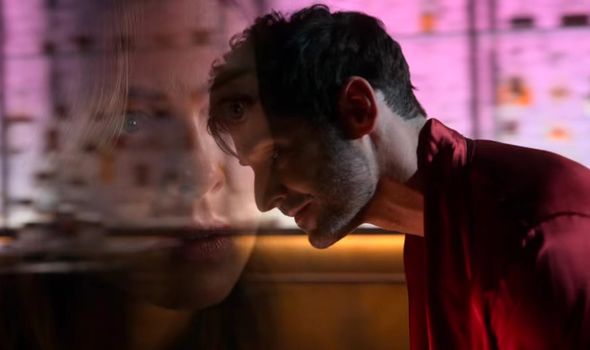 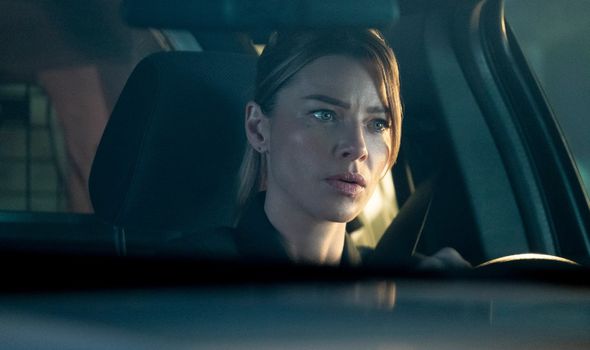 Although the detective will undoubtedly be able to live much longer than most humans, the additional years to her lifespan may not be worth the pain of saying goodbye to all her mortal friends.

Fans think she could be sticking around for another millennium or two, but that could also be too long a wait for another meeting with her departed dad.

Rather than sticking around to watch her friends and family grow old and die, Chloe might decide to relinquish Lilith’s ring and find a new home with Lucifer in Heaven.

After spotting some key details in the heart-wrenching final moments of season five, viewers took to Reddit to discuss the tough decisions Chloe could face in the final episodes.

One fan speculated: “Chloe still has the ring but most of its power has been used up.

“I still think she may have a couple thousand years of juice left. I think she is there now to support Lucifer and her child to the end.”

Another Redditor replied to point out that Lucifer was struggling to hold on to life in Heaven, so the ring’s energy could be all but used up.

While a third viewer has spotted an intriguing detail in a behind-the-scenes shot from the set of Lucifer’s next season.

They noted: “In 6×10 Chloe is wearing a dress similar to the one she wore in Heaven so I’m pretty sure Deckerstar endgame is not on earth.”

With years of build-up behind them, its hoped ‘Deckerstar’ are finally together for good, especially now Lucifer has realised he may eventually learn how to truly love her.

While the devil and the detective are bound to end the series with their relationship intact, these theories suggest Chloe may have to die for real before they get their happy ending.

Lucifer Season 5, Part 2 is available to stream on Netflix.