Perhaps it still feels odd Peter Parker is still going to high school during the current Marvel Cinematic Universe Spider-Man movies. For some, that feels a little out of place considering Tom Holland is almost 24 years old.

Regardless, the next Spider-Man movie may finally move him beyond the high school phase. A lot of interesting things can still play out in Parker’s high school setting besides. 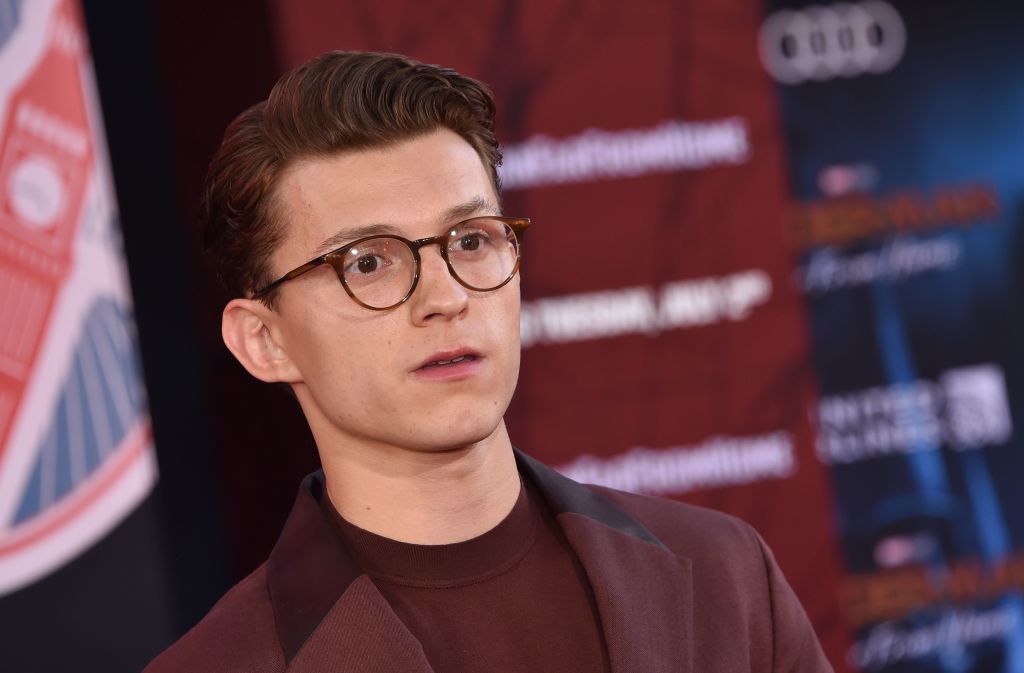 Now that Parker has been outed as Spidey in Far From Home, fans are speculating how he can interact with his friends without being recognized. Someone on social media came up with a brilliant idea for him to disguise himself as the mascot at Midtown High.

Will Peter Parker dress as a tiger to interact with his friends again?

A user on Reddit recently reminded MCU fans the mascot at Peter Parker’s high school happens to be a tiger. The thought is, when Parker has to sneak into Midtown High to talk to Ned or Mary Jane, he may dress up in a tiger mascot outfit to stay undercover.

Yes, this theory is a tad silly. It still broaches an interesting discussion about how Parker will be able to interact normally in the world with everyone knowing who he really is. Unless being outed as Spider-Man works the same way as being a celebrity to the world.

Having Parker dress up in his high school mascot costume really is not so far-fetched. Since all the serious MCU films try to infuse a little light comedy into a few scenes, creating one with Parker in a tiger costume would potentially offer big laughs.

The awkwardness of Parker dealing with being a notorious celeb is already set up to bring a few strange situations. How Parker would get into his school with that tiger costume, though, still needs some clarity of thought.

How would Peter Parker manage to sneak into his high school?

Perhaps the only way Parker could make it into his high school in a tiger costume is to do so during a sporting event. Somewhere behind-the-scenes, he could confer with Ned again and Mary Jane.

Thoughts on Reddit say MJ would taunt Parker for wearing the costume. She might even be behind the idea so Parker can still communicate with his closest friends. With that, she might even make a comment many on Reddit think would provide a link back to prior stories.

Those who read Spider-Man comics (and watched the prior movies) will know MJ used the line “Go get ’em Tiger!” at Parker as an affectionate nickname. Her reference to this while Parker is in a tiger outfit really would connect some dots. As the original poster in the above Reddit thread said: “Seems like a route they would take with so many other callbacks in the MCU movies being done in jest”.

Should this idea play out, it might provide a bit of romantic levity at a time when Spider-Man 3 has the potential to be one of the darkest in the new trilogy.

Then again, Peter Parker may never go under disguise

Considering Parker will likely go through a protracted trial to clear his name in Spider-Man 3, going under disguise might be useless. He may just have to learn how to live with the notion everyone knows him as Spider-Man and deal with it like being a celebrity.

Much of this may have to involve hiring security to keep himself safe, especially if the public still considers Parker/Spidey to be a terrorist as Mysterio pinned on him. If Parker has to live this way, it may not offer as many awkward turns as going under disguise.

Since Parker is already used to wearing a costume, maybe dressing up in a tiger outfit would never feel out of the ordinary. To interact in the world without being noticed, he may have to go under numerous disguises, some of which might be slightly funnier than putting on a tiger head. Part of that may involve wearing Iron Man gear as he somewhat falls into Tony Stark’s shoes.