MICHELLE Keegan was pictured on set of her series Brassic in a pink velour tracksuit as she continued filming the dramedy in Manchester following her coronavirus scare.

The former Coronation Street star, 33, resumed filming for the third season of the Sky One show earlier this week after she was forced to self-isolate. 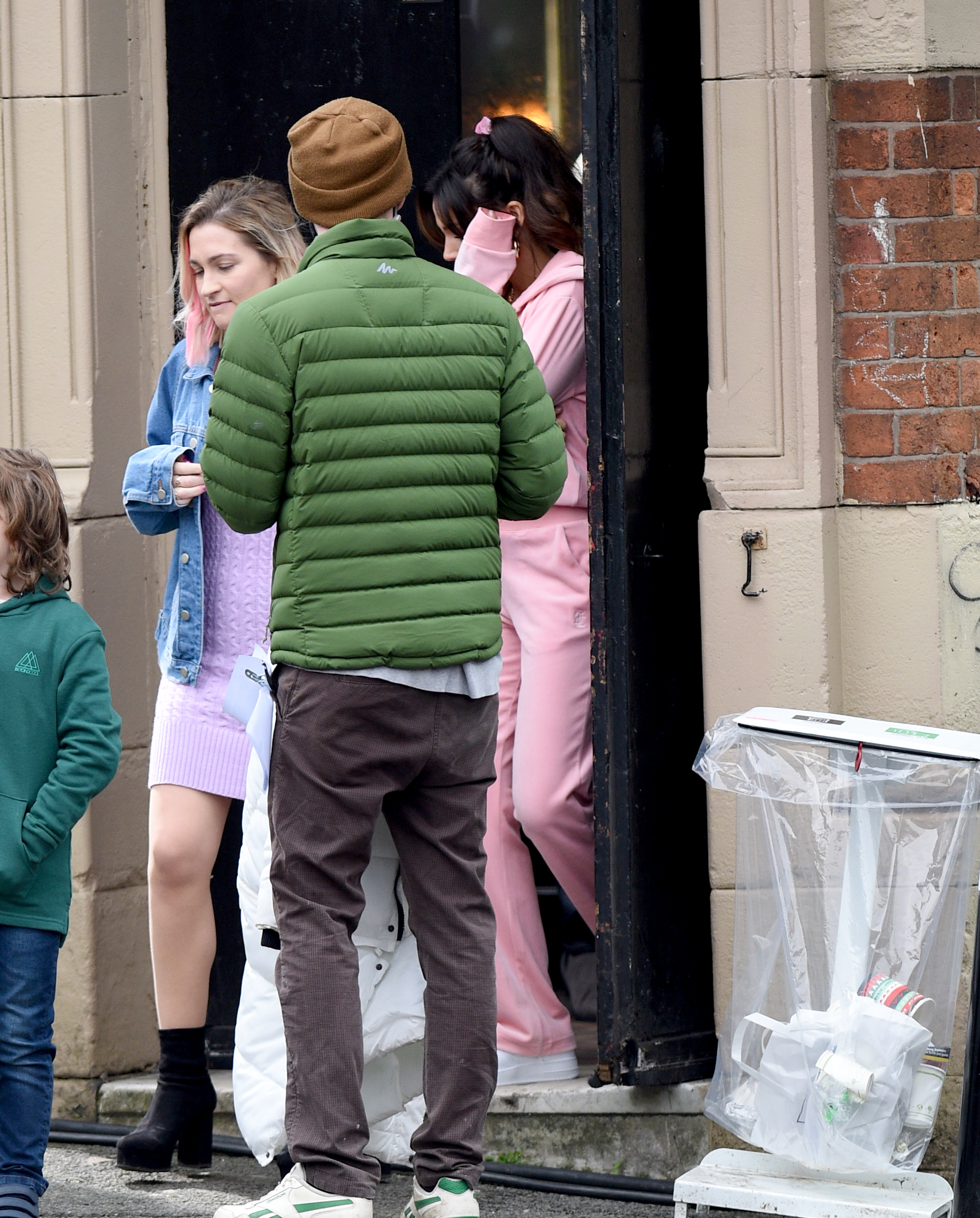 Now back to work, Michelle was spotted walking onto set in her character's cosy loungewear ready to shoot a new scene.

The TV star worked her brunette hair into a high ponytail with a matching pink scrunchy and large hoop earrings.

Following her shoot, Michelle, who plays Erin on the show, was seen leaving the set with several of her cast mates still clad in their costumes.

Yesterday, the actress looked in good spirits in a stylish cream coat and black jeans as she returned to work after self-isolating at home for two weeks. 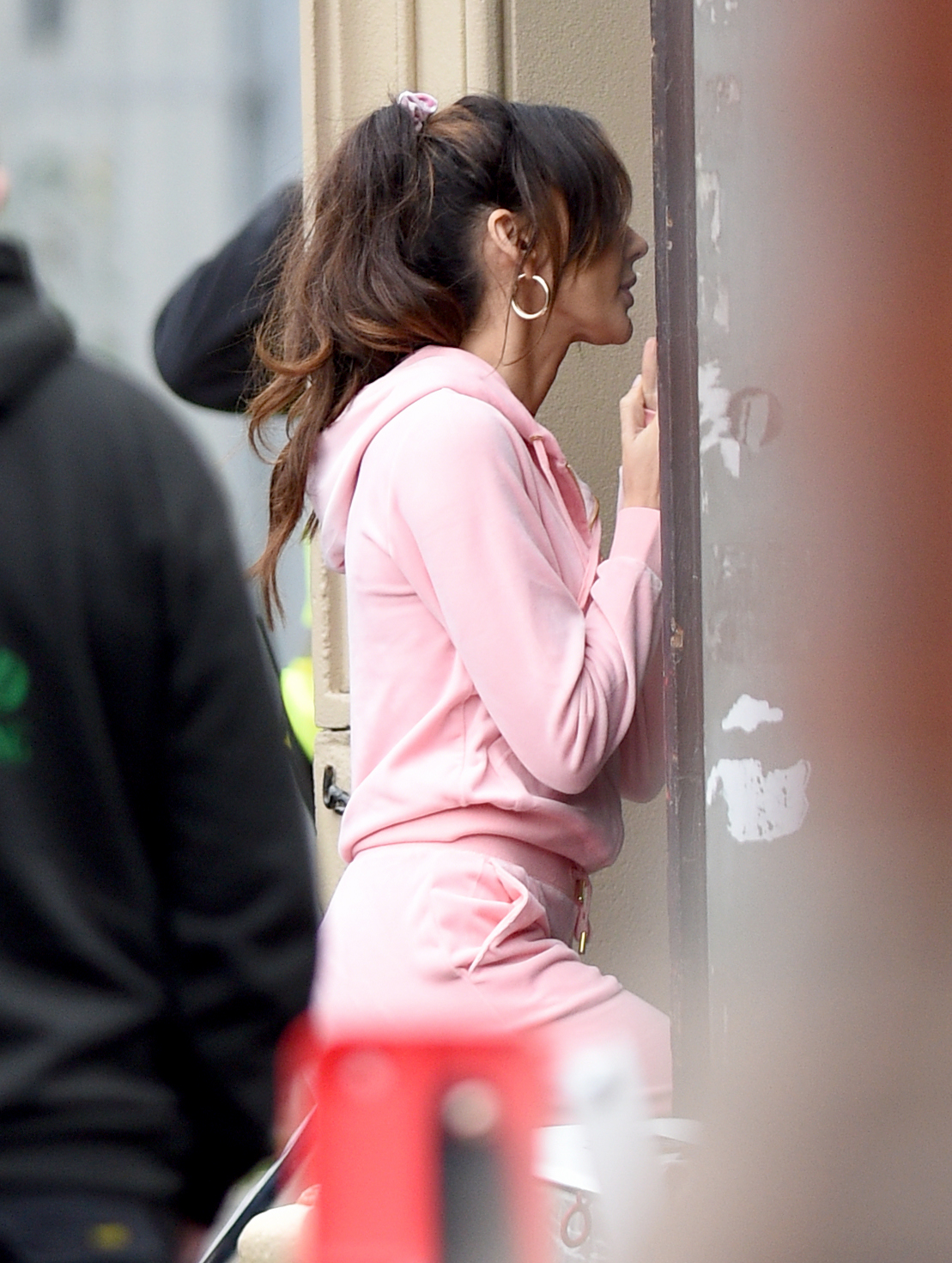 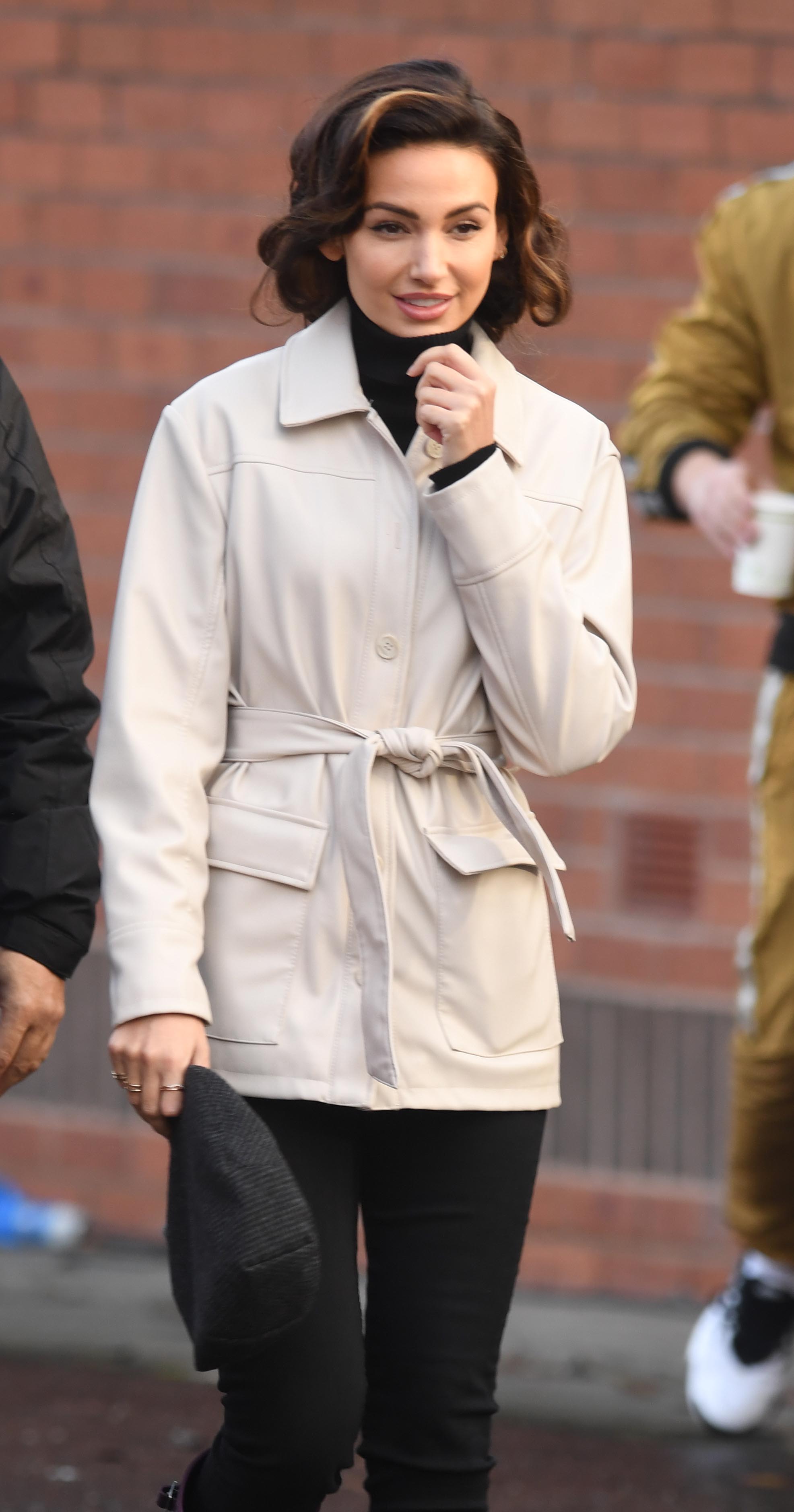 Michelle came into contact with the coronavirus on the shoot in Manchester last month.

While she has not tested positive for coronavirus, it has meant she's had to miss filming for her Sky TV series Brassic which is in the middle of shooting its third season.

"Michelle had to take time away from the Brassic set once again and has been laying low in Essex with her husband Mark Wright," a sourced told the Daily Mail.

"She only missed one day of filming. But she needed to isolate after she came into contact with someone in Manchester who had it." 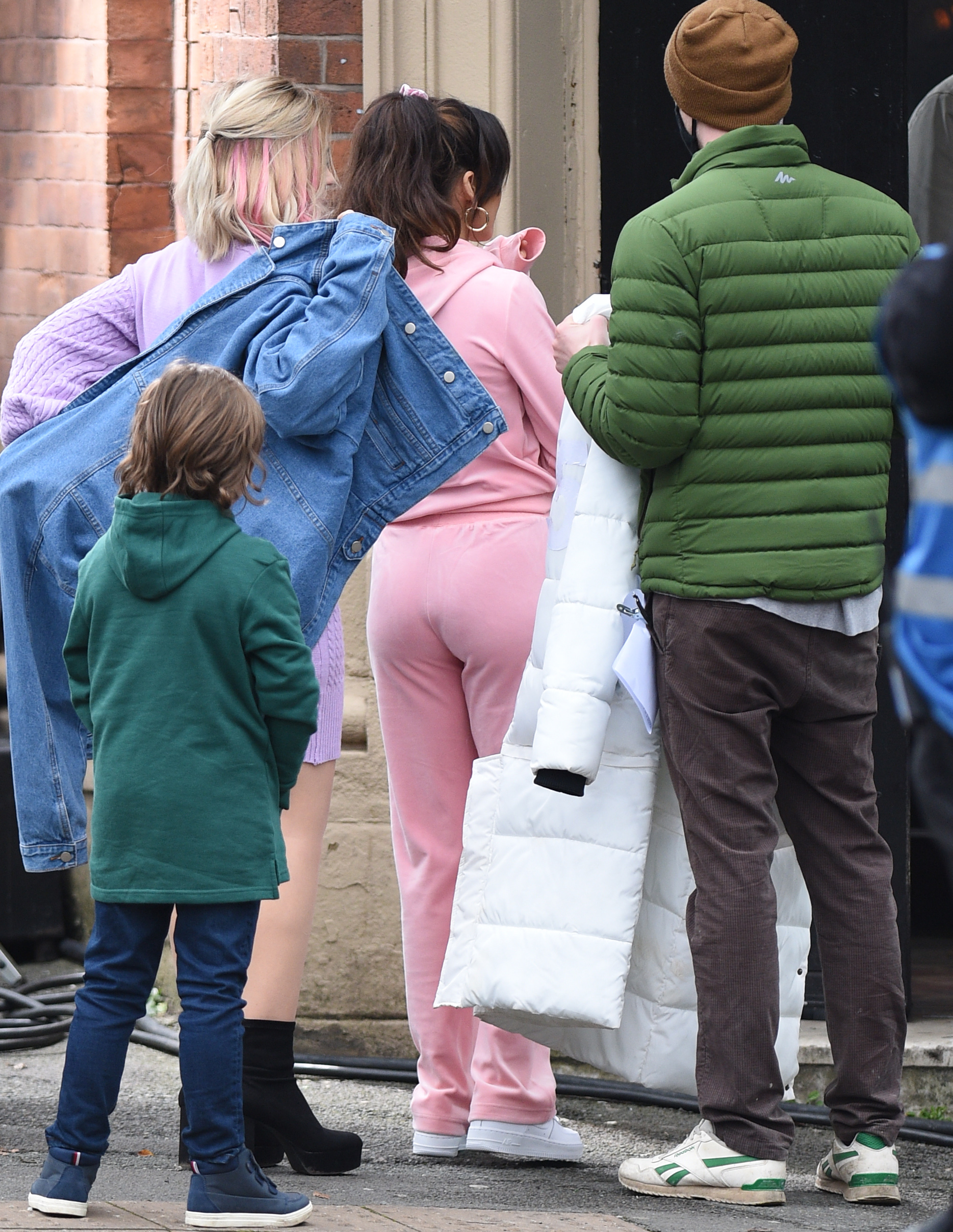 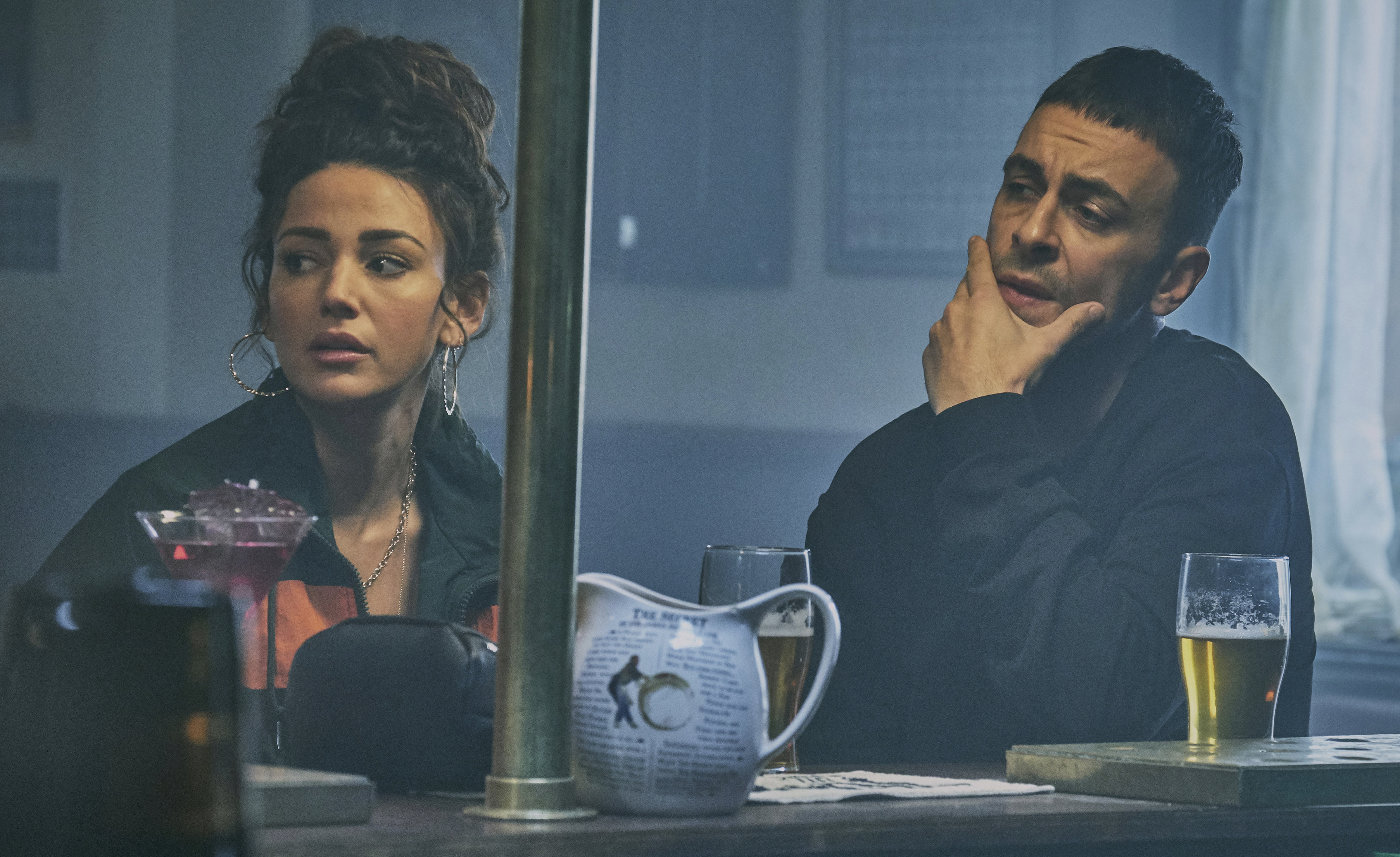 "Luckily it all happened very quickly and Michelle did not return to the Brassic set before isolating. So it didn't affect filming too much."

According to reports, the Brassic team has worked around Michelle's absence and filmed other scenes.

It is not the first time filming for the show's third has been impacted by Covid.

Filming on the show’s third series – in which Michelle plays cash-strapped mum Erin – was halted in September after a crew member showed symptoms and everyone involved was tested, The Sun Online exclusively revealed.

An insider said: “The safety of the cast and crew is of the utmost importance so until bosses know it’s totally safe filming won’t be going ahead.

“It could be a fortnight before it starts again. Michelle was due to start filming this week but nothing is happening until they’re sure it’s safe.”

The actress stars in the hit Sky One series alongside a predominantly male cast including Joe Gilgun and Ryan Sampson.