Home » TV and Movies » Mission impossible? How to shoot a blockbuster in the coronavirus era

Mission impossible? How to shoot a blockbuster in the coronavirus era

This month, in theory, the latest Jurassic World sequel goes back into production on a London sound stage. And Wednesday – 1 July – was the day that Hollywood studios and TV producers planned to resume production in the United States. In fact, little if any American production has resumed, partly because some of the “tax incentive” states that attract studio productions are current virus hotbeds. Productions remain on hold or in preproduction limbo. The massive agency CAA announced this week that all staff will continue to work from home for at least the remainder of the year.

Sam Neill: ‘I should be at Pinewood. The Jurassic World III sets are there waiting’

The crisis, even as it has decimated film and television, has created some new job descriptions – including the producer in charge of coronavirus preparedness. A producer friend who has been putting together shooting strategies for three different shows says no insurer will provide a policy that covers Covid-19. Perhaps the Jurassic Park crew, who were in production before the shutdown, are still covered by their original insurance. New shoots will be less fortunate, and there is the possibility that cast and crew will be asked to sign waivers, absolving the production company from liability if they are infected by the virus.

The state of California, before it will issue a shooting permit, wants to see the producers’ Covid-19 plan. On a big production this might be 500 pages or more. There is a new crew position: the health and safety supervisor, an on-set epidemiologist and risk manager. This person oversees a team that includes a health and safety manager who monitors social distancing, off-screen mask-wearing and the availability of PPE. They are also responsible for the regular coronavirus testing of cast and crew. 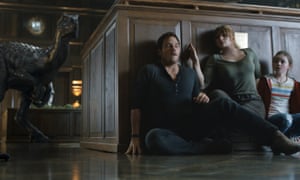 Imagine a reasonably large Hollywood production. The cast and crew may run to 200 people. So on day one, the health and safety supervisor, manager and an assistant will test everyone. The tests cost at least $150 each and there is a one-hour turnaround for the result. If a test takes 10 minutes, one person can do six of them in an hour. Three people can do 18, maybe 20. Without stopping for lunch, it will take 10 hours to test the entire cast and crew, and another hour to receive the last batch of results.

So the first day of the shoot is devoted to testing rather than shooting the film. In order to minimise the delay, the production may opt to test everyone on Saturday or Sunday rather than Monday – day zero rather than day one. For California, the producers’ plan must specify how often they intend to test: daily, bi-weekly, or weekly? Since the test is invasive, time-consuming and costly, most productions will presumably want to limit testing.

We have come to the end of day zero. Everyone has been tested. Anyone who was coronavirus-positive has been sent home. What happens to them?The hope is that the production will look out for them and give them a job if they recover. Good luck with that. If they are fortunate, virus-positive cast and crew members can, as independent contractors, reapply for pandemic assistance (assuming there is any left). Meanwhile let’s assume their replacements have swiftly been found, and tested. Now a problem appears: the cast and crew are only on set a certain number of hours. Then they leave the set and go about their daily lives. They go home. They go to the market. They pick up their dry cleaning. If restaurants are open, they go out to eat. Even after a day spent conscientiously testing everyone, some cast or crew are at some point going to run into coronavirus spreaders, and return to work the next day, without a temperature or symptoms, carrying the disease. This isn’t a problem unique to the film industry. It’s a risk for any group-work situation. In theory, the unfortunate grip or gaffer (or director!) can be replaced. But what about the established cast member who, 10 days into the shoot, tests positive? 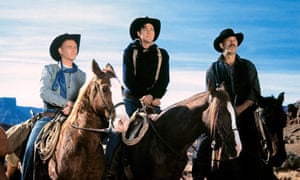 In response to these concerns, the Screen Actors Guild requests that all cast members be tested at least three times a week, along with “those with whom they come into close contact”. A plan created by SAG, the Directors Guild, IATSE and the Teamsters envisages a “zone” system in which Zone 1 (actors and the crew who come into contact with them) will be tested more frequently than the more distant Zone 2 crew members (swing crews, truck drivers, art department). I’ve been told that “social distancing” is to be maintained in front of the camera, as well as behind it. How this will work for a romantic comedy or an action film remains to be seen.

And even for those tested thrice weekly, uncertainty remains. The only way to get around it is to seal the cast and crew in an enclosed environment in which they live, eat, sleep and work. This has been suggested, though the proposals have been pretty flimsy (“We’ll make ‘em all stay in the same motel … and test the maids and the kitchen staff and the front desk people”).

Ironically, the most corona-safe film-making environment I can imagine is the way John Ford used to shoot his cavalry films in Monument Valley. Since they were filming hundreds of miles from anywhere, cast and crew had nowhere to go but to the set, to their quarters at Gouldings Trading Post or to the big tent where they all dined (where there were high and low tables, with Pappy Ford holding court in the middle of the big one). Unfortunately the Navajo Nation is currently enduring a terrible coronavirus outbreak. But the theory may still be sound.

Social distancing on set is a horrible thought, especially for actors, whose day usually begins with hugs and kisses and close attention in the makeup chair. If we are to continue to make good films – and enjoy our lives – we must remain social. So let’s observe physical distancing, instead: the same in practice, but different in principle. And what film genre best lends itself to physical distancing? Why, the western! Put all the actors on a horse and they’re naturally several feet apart. Give ‘em Winchester rifles and they will spontaneously keep a distance. Send ‘em up a ridge and shoot ‘em from a mile away, the way we used to before directors discovered the soulful close-up.

In all seriousness, I don’t know how, or when, or in what form the industry will come back in the absence of a vaccine or a cure. But when it does, I’ve got this script about Billy the Kid, see, and …