Home » TV and Movies » Money Heist season 4: What was the inspiration for Tokyo in La Casa de Papel?

Money Heist season 4: What was the inspiration for Tokyo in La Casa de Papel?

Spanish drama Money Heist, also known as La Casa De Papel, returned to Netflix for its fourth series earlier this month. The drama ended on a cliffhanger similar to the previous season where the gang once again locked themselves in the Bank of Spain to avoid capture. However, this did not stop the team getting into even more trouble.

At the end of series three, Nairobi (played by Alba Flores) was shot after she was looking at the window at her son.
She was seriously injured but it looked like she was going to be all right.
But unfortunately for her, she was taken hostage by security expert Gandia (José Manuel Poga).
He decided to let her go but as she walked away from him, he shot her in the head, devastating fans.
Elsewhere, the Professor was working on a plan to free his beloved Lisbon (Itziar Ituno). 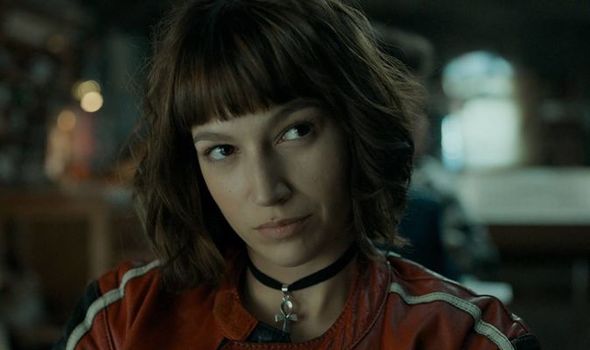 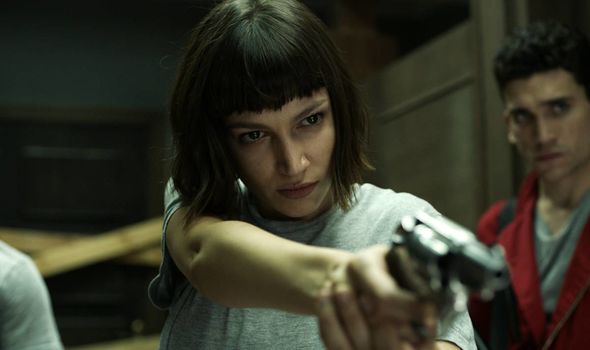 Initially, he believed she had been killed by police back at the farmhouse but thankfully later found out it was all just a ruse.
He began posting videos online about how the government had illegally arrested her and tortured Lisbon under their watch.
This led to the government being pushed to send her to court for a trial.
While they were transporting Lisbon to the court, the team was able to intercept their teammate on the way there and replace her with a lookalike.
She was back with the gang at last but they remained in the bank and were still surrounded and Gandía (José Manuel Poga), who had been knocked unconscious following Nairobi’s murder, was still a massive problem. 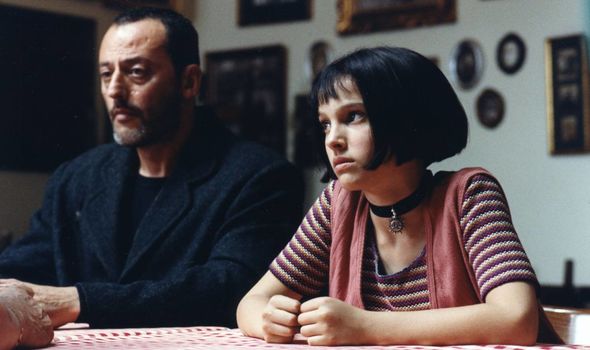 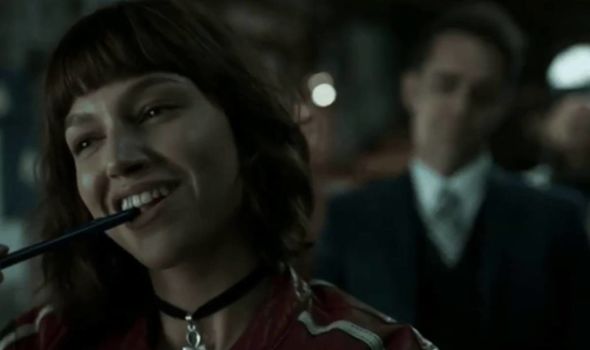 In season four, Tokyo (Úrsula Corberó) was also taken hostage by Gandía but luckily she didn’t suffer the same fate as Nairobi.
Back in 2018, actress Corberó opened up to NileFM about the creation of her character and how her look was actually inspired by Mathilda from action film Léon: The Professional.
She said: “It is really a case of great minds think alike.
“It’s very interesting because when I read the script for the first time, I started imagining what I could do with this character.
“And I thought, from what I see, that it’s gonna make a difference from the point of view of the series what we do with this character.”

Corberó continued: “So we were doing the costume testing and seeing what would work.
“I had thought to myself, a very short fringe and cut like Mathilda would really give a mean look to the character through her eyes.
“And then I arrived at the session where we were doing the costumes thing and I noticed that the whole wall was plastered with images from Mathilda, and it was a blast.”
For those who aren’t so familiar with the film, Léon: The Professional is a film which came out in 1994.

The movie tells the story of when 12-year-old Mathilda’s (Natalie Portman) family is killed.
But she later finds out her neighbour Léon (Jean Reno) is a professional assassin and she wants him to teach her the secrets of his trade.
Reluctant at first, he agrees to take Mathilda under his wing and show her the ropes so she can later avenge her family.
So far, Money Heist season five has not yet been confirmed but due to the worldwide popularity of the show, it is likely to return for another series.
Money Heist season 4 is available to watch on Netflix.