Money Heist season 5: Will Alicia survive in a new series?

Money Heist season 5 is on everyone’s minds after they binge-watched season 4 of the Spanish crime drama, also known as La Casa de Papel, on Netflix. One of the most hated characters in the series is Alicia Sierra (played by Najwa Nimri) who is an inspector for the Spanish police. She is one of the main antagonists in the series, and fans are wondering whether she will have her comeuppance in season five.

Alicia was tasked with preventing the robbery at the Bank of Spain in La Casa de Papel, and she has been in charge of interrogations.

She was also responsible for the shooting of Nairobi (Alba Flores) after she used Nairobi’s son to lure her to an open window.

The police inspector gives the order for one of her snipers to open fire, and Nairobi is shot, but fans were relieved when she managed to survive.

Towards the end of part four, fans think they have seen the end of Alicia when she is fired from the police department.

At the end of the current series she is seen pointing a gun at The Professor (Álvaro Morte), who orchestrates the heists, and fans were left wondering what happens in the stand-off. 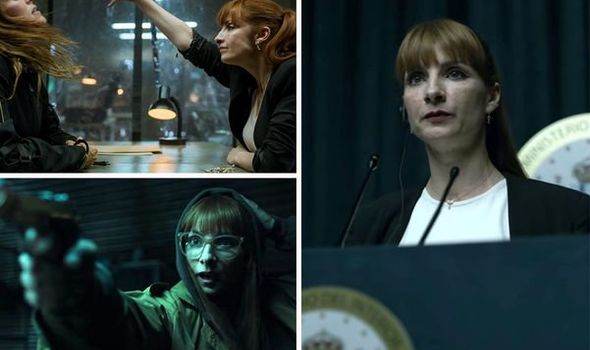 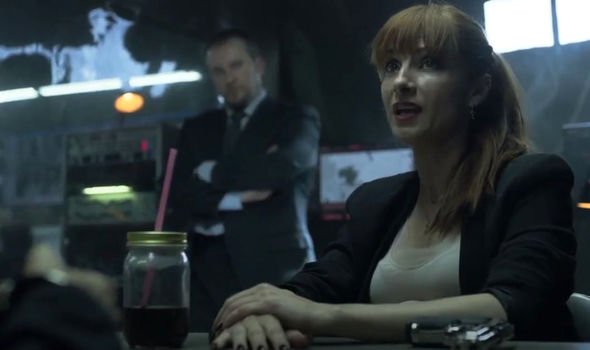 The series ends with The Professor helping to reunite Lisbon (Itziar Ituño) with the rest of the group, following her time in custody.

He is directing the group from a remote building, but Alicia manages to track him down, as she is determined to see him suffer.

In the very last minutes of the final episode, The Professor turns around to see a pregnant Alicia pointing a gun at him.

Fans were left wondering which of the two characters survive and whether The Professor is able to talk Alicia out of shooting him.

Viewers have taken to Reddit to discuss her character, with some thinking she should have been killed off. 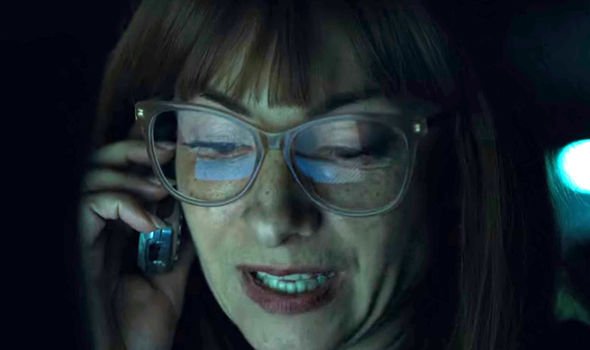 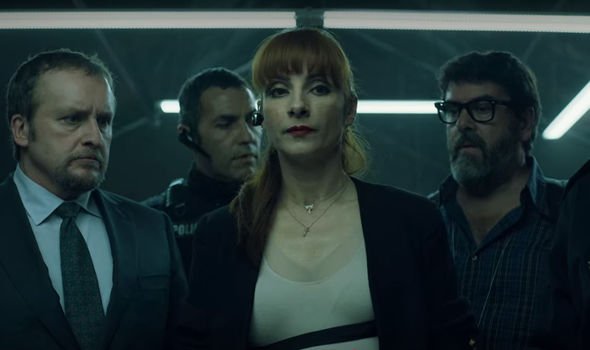 Raparperi11 said: “Towards the end of part four I didn’t hate her but found her rather interesting and can’t wait to see what they do with her next.

“She started as a plain horrible person but as we got to know her more I was more than entertained by her. The stunt with Nairobi’s kid wasn’t cool though, still not over that.”

Some fans have said they would like her character to stay in a new series, saying she is a great villain who is very smart and could potentially end up joining The Professor.

Divina5000 said: “I personally don’t want her to go, or at least not yet. Even though we all hate her she makes a great villain and character.

“She’s really smart and probably, if she was on the professor’s team, we would all love her I’m sure.”

Viewers admire cast members who have the ability to make the powerful and evil characters likable, and Alicia achieved that as the main antagonist.

AcePlayezzIt said: “If we hate Alicia then the actress did a good job. Also there ought to be characters who are hated in the series. Personally I don’t hate Alicia.”

Some fans believe Alicia is actually Berlin’s (Pedro Alonso) ex-girlfriend Tatiana (Diana Gomez), but this is not likely as the characters are played by different actresses.

Others believe Alicia will have a change of heart and use her skills to join The Professor and the rest of the gang in a new series.

The ultimate question is whether she will let The Professor survive having spent so much time hunting him down, or whether he is able to wiggle his way out of the situation.

The Professor is known to be a good negotiator, and with Alicia being pregnant she could be more vulnerable than she thinks.

There is a chance The Professor is able to keep her distracted long enough to find a way to escape her grasp, or find a weapon to kill her.

However, The Professor would have to feel comfortable killing an unborn child, so there is a clue suggesting she lives long enough to have her baby.

“In a scene when Tamayo insisted to do something vicious to Professor’s team, Alicia prohibited him to do so. At some points, it looks like Alicia was protecting them, in a very unusual way.”

Money Heist is available to watch on Netflix now