During Saturday’s BBC Breakfast, Naga Munchetty and Charlie Stayt were back on the red sofa to give viewers the latest news headlines. Matt Taylor stepped in to replace Carol Kirkwood to give the latest weather forecast, while Mike Bushell presented the latest sports news. However, during Mike’s interview about the Euros with footballer Ashley Williams, Naga had a bit of a mishap with her laptop which ended up interrupting the interview.

As Ashley was chatting about Wales’ first football match in The UEFA European Football Championship today, there was a crashing noise in the background which interrupted the interview.

“Don’t panic if you heard a strange noise there, Ashley,” Mike began as he explained the blunder.

“It was just Naga dropping her computer, sorry, but we will soldier on.

“It was quite funny actually. I think she was so distracted by what you were saying because it was so good.” 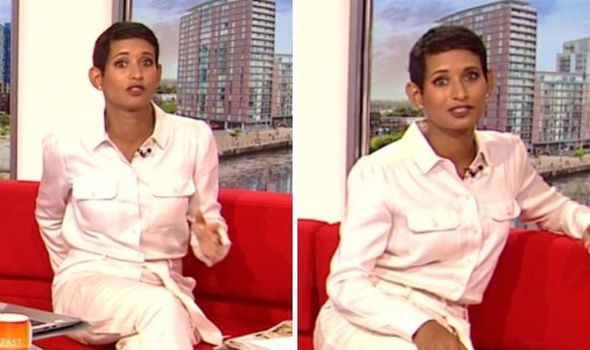 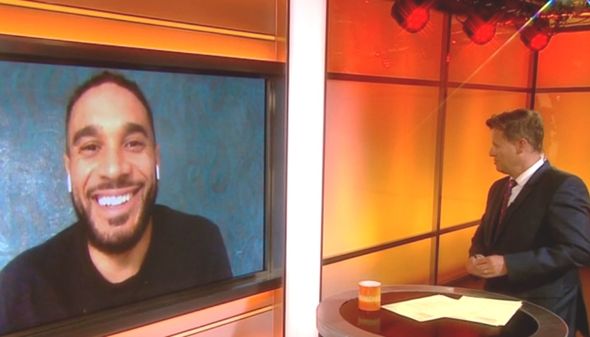 Later on in the interview, Naga chipped in to apologise to Ashley as she explained what happened.

Mike continued: “Ashley, after throwing her computer on the floor, Naga would love to ask you a little question if that’s ok?”

“Ashley, firstly may I apologise first of all,” Naga told him. “I was actually enthralled by what you were saying.

“Apparently when I knocked my laptop over it was heard by the Wales team in Azerbaijan.” 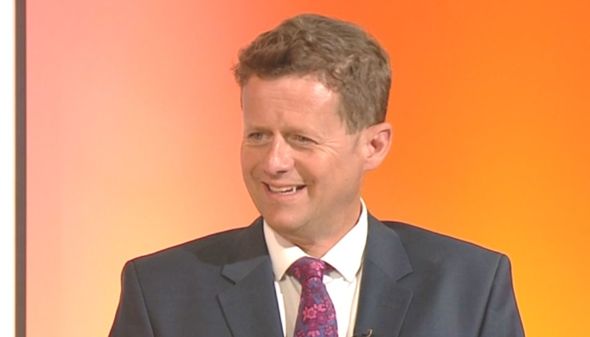 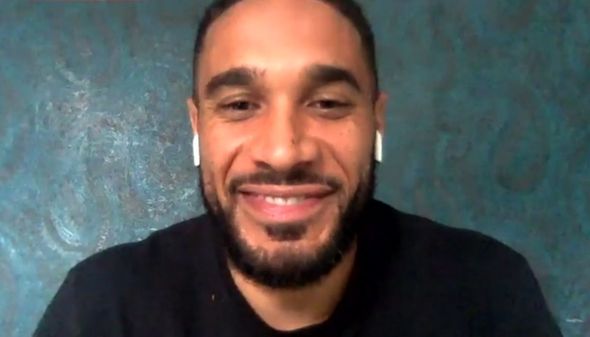 “I just thought, if they needed a sign of me listening,” Naga joked. “There you go that’s my good luck to them.”

Ashley, who luckily saw the funny side replied: “Listen when they score today, I’m going to throw my own laptop so don’t worry about it.”

“We could start a trend, couldn’t we?” Naga laughed as she added: “Let’s not.”

Mike proceeded to continue with the interview as he quizzed Ashley on his own experience of playing in the Euros.

“Does it make it harder for this team because you’ve set the bar so high?” Mike asked.

Ashley continued: “I think first and foremost it was one of the best summers of my whole 36 years of being on earth.

“I think all of the people involved would agree, it was a great one.

“There are certain things that stick out in the first game. Just walking out and seeing our fans.”

“The Welsh national anthem is always amazing,” he added.

“The one today, even though the fans aren’t there, the boys will be feeling it.

“The quarter-final win stands out obviously. The goal and just winning and the emotion after that game.

“I think looking back, I get a little tingle on the spine, and I get goosebumps straight away and looking forward to this one, it’s exciting times.”

BBC Breakfast airs weekdays at 6am on BBC One.