Gibbs (played by Mark Harmon) has been an integral part of NCIS from day one, with the character leading the team through hundreds of cases and actor Harmon also serving as Executive Producer on the CBS series. However, with the show approaching its 18th season on air and with Gibbs leading the team for almost two decades, rumours are rife he may be looking to hand over the baton to someone else. And given Torres’ (Wilmer Valderrama) close working relationship with Gibbs, he looks a prime candidate.

Gibbs will be returning to the drama in NCIS season 18 so fans needn’t worry about saying goodbye to him before it premieres.

And while Harmon told People Magazine in 2019 he’s not close to “calling it a day” just yet, rumours have continued to swirl.

These were exacerbated further by the imminent exit of Jack Slone (Maria Bello) who’s built up quite the relationship with Gibbs over the years.

But if he were to leave with Sloane or depart the series towards the latter part of season 18, who better to take over than Torres. 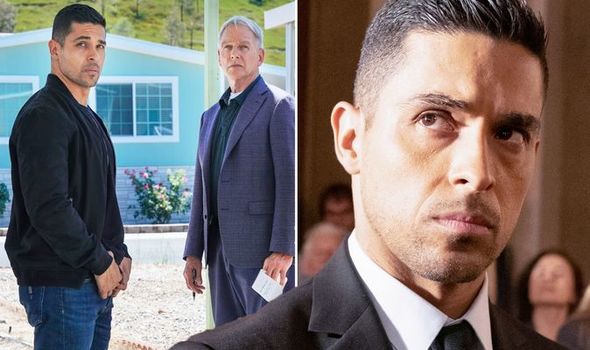 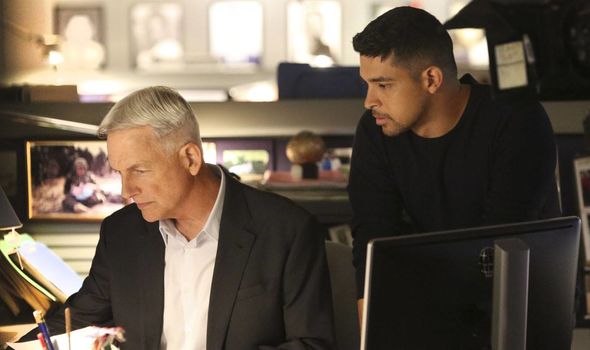 Speaking to TV Insider, Torres star Valderrama explained how this season is going to see Gibbs mould his character into the leader he has been for so many years.

“In the last season, you saw a lot of them come together as the veteran wolf coming in with the young wolf,” he explained.

Valderrama continued: “You’re going to see that play out a lot this season,

“How Gibbs is going to seem a little bit and feel a little bit responsible for the restructuring of Torres’ morality.” 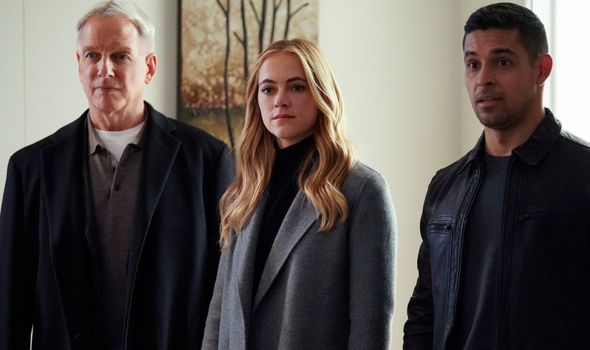 The NCIS star added: “He’s going to be a major influence in how he evolves as a leader,

“That’s what’s going to be really fun to watch is just seeing Torres boycott that,

“‘I’m only here part-time,’ but really, internally, he knows he’s learned to make them the family he never really had.”

So who better to mentor Gibbs’ potential replacement than the man himself?

After all, Harmon has previously mentioned how “everyone is replaceable” on the hit crime drama during a chat on The Late Late Show.

And with Sloane bowing out of the series, could Gibbs be tempted to follow suit?

Fans will have to tune into season 18 to find out once and for all, although there are a handful of other spoilers revealed for the upcoming series.

While Bello might be leaving the cast, Harmon’s son Sean will be returning to it as Gibbs’ younger self.

As part of NCIS’ 400th episode special, the show will take viewers back in time to witness the beginnings of Gibbs and Ducky’s (David McCallum) friendship.

In what promises to be an emotionally-charged episode, the 400th instalment was initially billed to air in season 17 before the coronavirus pandemic brought it to an abrupt halt.

END_OF_DOCUMENT_TOKEN_TO_BE_REPLACED

END_OF_DOCUMENT_TOKEN_TO_BE_REPLACED
This website uses cookies to improve your user experience and to provide you with advertisements that are relevant to your interests. By continuing to browse the site you are agreeing to our use of cookies.Ok