Home » TV and Movies » Never Have I Ever cast: Who plays Paxton? Meet actor behind Netflix hit

Never Have I Ever cast: Who plays Paxton? Meet actor behind Netflix hit

Netflix dropped Mindy Kaling and Lang Fisher’s coming-of-age comedy-drama Never Have I Ever recently. Audiences have raced through the series and are hoping for a second outing. Many fans want to know more about Darren Barnet, who plays the “stone cold hottie” of Sherman Oaks High Paxton Hall-Yoshida – Express.co.uk has the lowdown.

Who plays Paxton in Never Have I Ever?

American actor Barnet takes on the role of jock Paxton in the series.

The 29-year-old actor lives in Los Angeles and wanted to pursue a career in the entertainment industry from a young age.

Barnet previously posted to his 891,000 Instagram followers about following his dreams to become an actor, explaining how his parents had previously dabbled in the industry in their twenties.

In the post from 2019, he said: “It’s a rollercoaster life filled with a lot of rejection. A lot of pain. 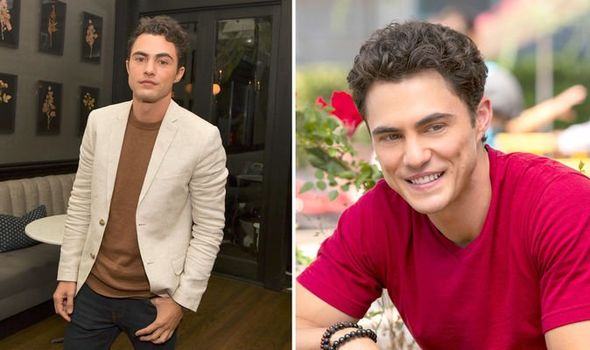 “Understandably so, they wanted to protect me from that and told me to focus on school.

“So I did. Fast forward to about 5 years ago. I finished school like my parents told me but the dream of acting never left my mind.”

He featured in plays and short films while studying at Berry College, before graduating with a Bachelor of Arts in 2013.

Prior to starring in Never Have I Ever, Barnet has roles in This Is Us, S.W.A.T and Criminal Minds.

He admitted he was “popular” at school and did sports but was also studious and a straight A student thanks to his mother’s strong work ethic.

Barnet said he could relate to Paxton, telling Vulture he was “a book judged by my cover”.

The star added: “I was quiet and I was reserved, and I had like one good friend.

“After high school, a lot of people would come up to me and be like, ‘Until I got to know you, I thought you were a real jerk.’ That’s kind of Paxton before Devi gets to know him.”

According to IMDB, he will next be starring in American Pie Presents: Girls’ Rules and short film Innocent Goodbye.

Barnet is of Japanese descent and this element was included into Paxton’s character after the writers learnt of his heritage.

He was one of the first actors to be cast in Never Have I Ever and revealed there were no chemistry tests involved in the process with the star meeting his onscreen colleagues at the table read.

Speaking about his character, Barnet told Teen Vogue: “What I loved about it is that he does have layers to him.

“He doesn’t have a certain empathy up front that you would notice, but it’s not him being a jerk.”

Barnet continued: “Then you come to find out that he has more struggle in his life than you would think.

“Once you pull back his layers, you realize there is a very kind, caring person underneath it all.”

Many fans of Never Have I Ever have been left swooning over the star and are eager to find out if he’s got a girlfriend.

Most of his posts focus on his work and his family with some posts featuring his mother and his sisters.

Never Have I Ever is streaming on Netflix now