A hand-drawn aesthetic permeates this season’s two early Oscar frontrunners: Netfix/Sony’s “The Mitchells vs. The Machines,” the hilarious family road trip through the robot apocalypse, and Pixar’s “Luca,” the gentle coming of age story about two sea monsters becoming human on the Italian Riviera. Both are quirky, personal stories and exceptionally animated with a retro appeal.

With “Luca,” Pixar embraced its most graphic 2D aesthetic to date in CG, courtesy of first-time feature director Enrico Casarosa (“La Luna” short). He pushed a unique storybook look for his Italian sea monster bromance between the titular 13-year-old (voiced by “Wonder” star Jacob Tremblay) and best friend Alberto (voiced by “Shazam’s” Jack Dylan Grazer), who turn human above water. They share an enchanting summer riding Vespa scooters, and soaking up the beauty of the watercolor seaside town, while hiding their secret identities. Inspired by early Hayao Miyazki, Aardman, and “Looney Tunes,” Casarosa translated the drawings and concept art directly into the animation, adding painterly textures to the pliable characters, illustrative backgrounds, and caricatured water. The sea monster transformations alone were a unique challenge for Pixar. 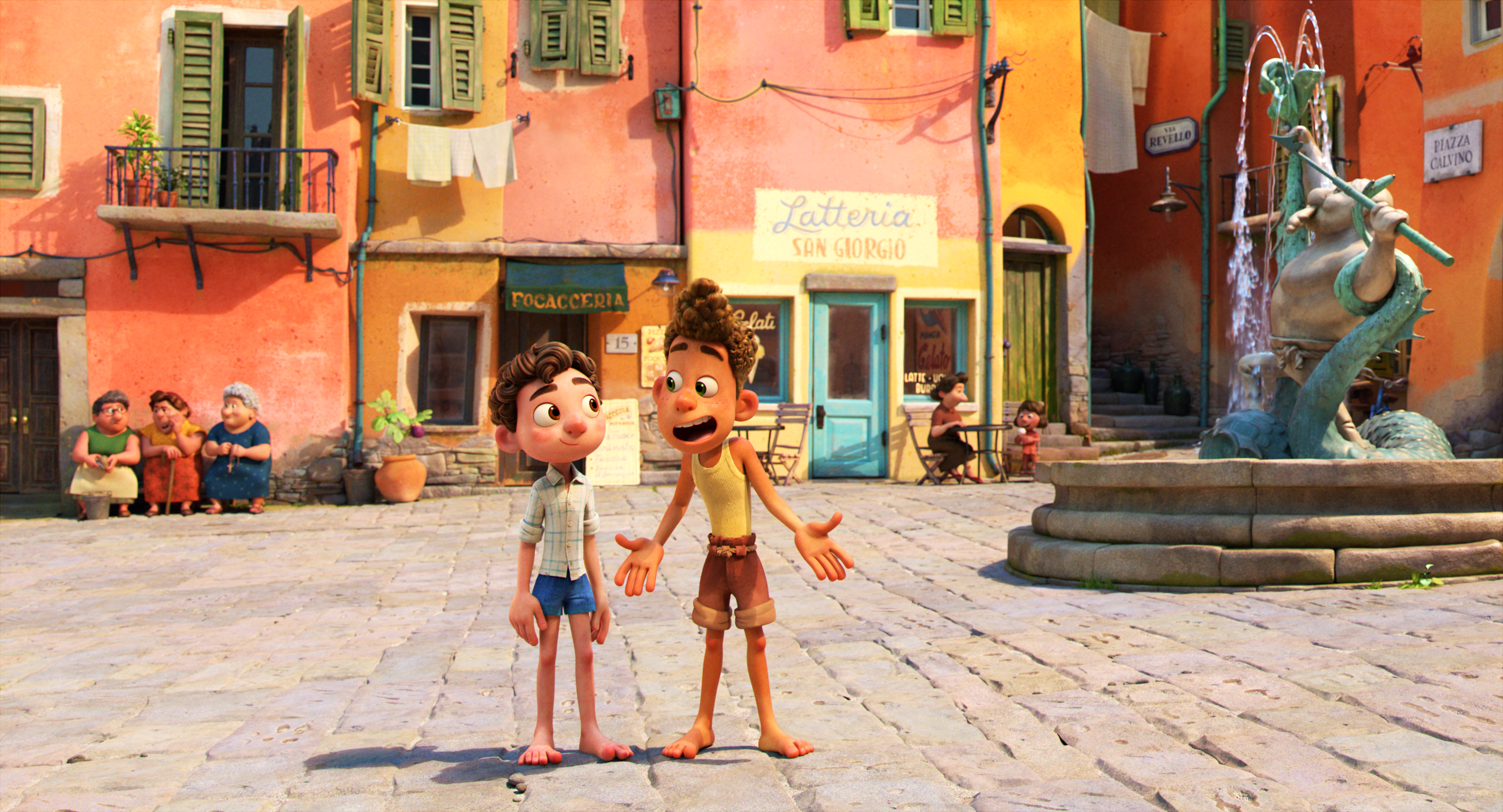 With “Raya and the Last Dragon,” Disney turned the titular Southeast Asian princess (voiced by Kelly Marie Tran) into a badass warrior, veering further into Marvel territory as an “Avengers”-like action-adventure. More epic than “Moana,” “Raya” incorporated several Southeast Asian cultures through the fantasy world of Kumandra and its divided kingdoms. But the core was the buddy story between Raya and the magical water dragon, Sisu (Awkwafina). Don Hall (the Oscar-winning “Big Hero 6”) shared directing duties with Carlos López Estrada (“Blindspotting”), who came to Disney Animation earlier to make an original animated feature. They were joined by screenwriter Qui Nguyen, who hailed from the Marvel writers program and was experienced at creating superhero origin stories.

The very hot Lin-Manual Miranda (“In the Heights,” “Tick, Tick… Boom!”) has two animated musicals in contention: “Vivo” (August 6, Netflix/Sony) his love letter to Cuba, and Disney’s “Encanto” (November 24) a fantasy set in an enchanted Columbian town. In addition to conceiving the idea and writing eight original songs for “Vivo,” Miranda voices the titular singer-musician kinkajou (a rainforest “honey bear”), who plays music in a lively Havana square with his beloved owner Andrés (Juan de Marcos of the Buena Vista Social Club). That is, until tragedy strikes, and Vivo journeys to Miami to deliver a love song to retiring superstar, Marta (Gloria Estefan) with the help of energetic tween Gabi (newcomer Ynairaly Simo).

Kirk DeMicco (“The Croods”) directs “Vivo,” which was scripted by Quiara Alegria Hudes (“In the Heights”), produced by Lisa Stewart (“Monsters vs. Aliens”), Michelle Wong (“Hotel Transylvania 2”), and Oscar winner Rich Moore (“Zootopia”), with visual consultation by Oscar-winning cinematographer Roger Deakins (“1917,” “Blade Runner 2049”). Tony and Grammy award-winner Alex Lacamoire (“In the Heights,” “Hamilton”) serves as the composer and executive music producer. In terms of animation, there was an eclectic mix of styles utilized by Sony Pictures Imageworks, including the musical numbers. And, like “Mitchells,” they were able to leverage tech from the innovative “Spider-Man: Into the Spider-Verse” to make it look more like 2D. 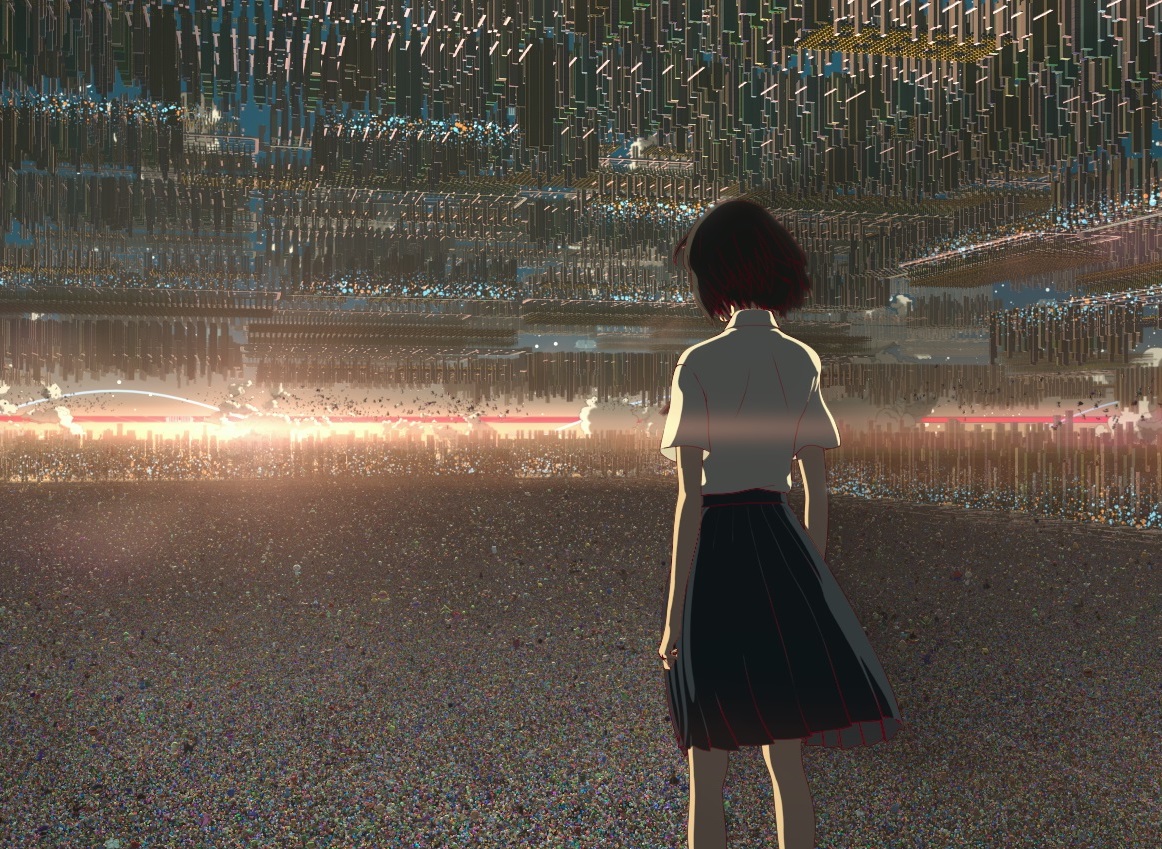 Miranda wrote all of the songs for the visually sumptuous “Encanto,” helmed by Oscar-winning “Zootopia” co-directors Byron Howard and Jared Bush, and co-directed and co-written by Charise Castro Smith (“The Haunting of Hill House”). It’s about the magical Madrigal family, who possess special powers for strength, healing, controlling nature, and shape-shifting. That is, except Mirabel (“In the Height’s” Stephanie Beatriz), whose lack of magical powers ironically holds the key to combating a dangerous threat.

COntenders listed in alphabetical order. No film will be considered a frontrunner until we have seen it.