Outlander: What was Diana Gabaldon’s unique inspiration for Jamie Fraser?

Outlander season six is on its way and will see the return of Sam Heughan as Jamie Fraser in the time-travelling drama. However, in an interview with Express.co.uk, author Diana Gabaldon revealed how she had a very unique inspiration for the fan-favourite character.

What was Diana Gabaldon’s unique inspiration for Jamie Fraser?

Jamie Fraser has been much-loved by fans of Outlander ever since he first appeared in season one of the show.

Starting off as a highlander who falls in love with time-travelling heroine Claire Randall (Caitriona Balfe), Jamie has also been through a lot in the series so far.

However, some fans might not realise the origins of his character have an interesting backstory.

Speaking to Express.co.uk earlier this year, author Diana Gabaldon revealed how she first came up with her story and the character who inspired it. 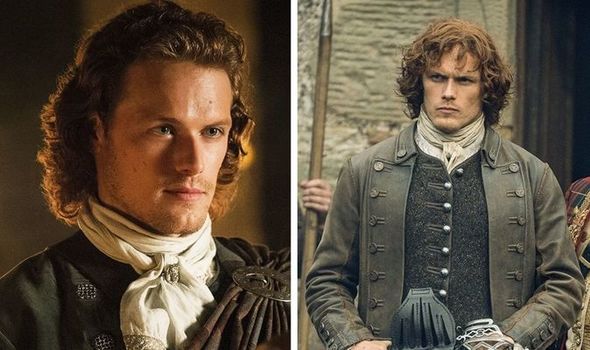 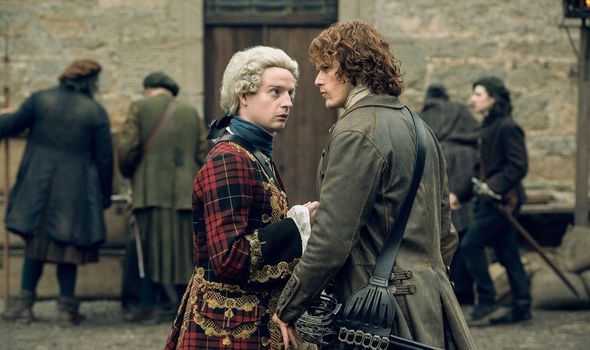 She explained: “It was a pure happenstance. I was watching a Doctor Who rerun on public television.

“You know Doctor Who of course has been running for 60 odd years and this was a very old one with the second Doctor Patrick Troughton.

“This particular series of episodes was called War Games, and he had a companion through that series called Jamie McCrimmon.

“He was a young Scotsman who he picked up off the battlefield of Culloden in 1746 – they said 1745 but they got this wrong. 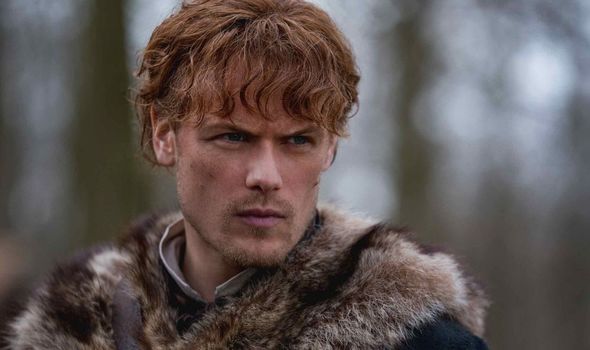 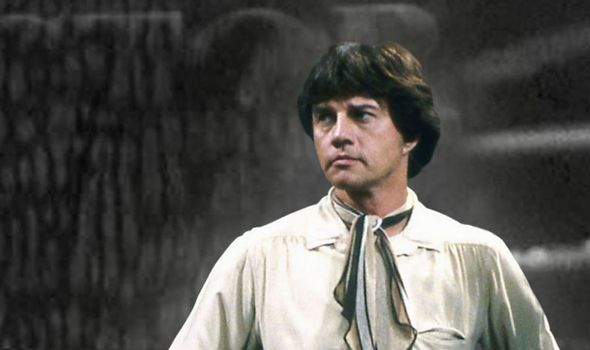 “Anyway this was a young man who was 18 or 19 and appeared in his kilt and I said to myself that’s quite fetching.

“So I found myself still thinking about this the next day and I said to myself ‘well you know you want to make book, it doesn’t really matter where you start, the important thing is to pick a point and just start writing.’”

Fans of Doctor Who will remember Jamie was played by Frazer Hines who appeared in a total of 117 episodes of the series.

He was the longest-serving companion on the show and was involved in a number of great storylines.

However, it also seems he gave Gabaldon the idea for her wildly popular book series, which would go on to be a hit television series.

And as soon as she set on this inspiration, the author then began researching the period of 18th century Scotland, which eventually evolved into the Outlander novels.

She added: “I said to myself, ‘Well, okay you’re writing a book, it doesn’t matter where you set it so why not Scotland 18th century?’

“So that’s where I began, knowing nothing about Scotland or the 18th century at the time, and having no plot, no outline, no characters. It turned out that I don’t actually need those.”

In the past, Gabaldon has also revealed how she had another inspiration for his name as well.

She revealed how when she was researching the time period, she came across a Fraser soldier who survived the Battle of Culloden.

She told National Geographic back in 2014: “I was reading a book for research called the Prince in the Heather, by Eric Linklater, which described what happened after Culloden.

“It said that, following the battle, 19 wounded Jacobite officers took refuge in the farmhouse by the side of the field. There they lay for two days with their wounds, unattended in pain.

“At the end of that time they were taken out and shot, except one man, a Fraser of the Master of Lovet’s regiment, who survived the slaughter.

“And I was thinking that if I expect Jamie to survive Culloden then his last name better be Fraser.”

Outlander seasons 1-5 are available to stream on Amazon’s Prime Video.