Recently completing its third season and heading into season four, the Netflix Drama Ozark has captivated its fans as one of the most compelling thrill rides on television. One undeniable reason for the show’s success is its rich and well-drawn characters. Following the exploits of the money laundering Byrde family certainly does make for a great story.

But while Jason Bateman and Laura Linney’s portrayals of Marty and Wendy Byrde are certainly great, the heart of the show may belong to the character of Ruth Langmore. The character is quite an interesting one in a way that has some fans comparing her to another iconic show and character: Breaking Bad’s Jesse Pinkman. Let’s take a closer look at that comparison.

(Spoiler alert: this article will contain spoilers about both shows). 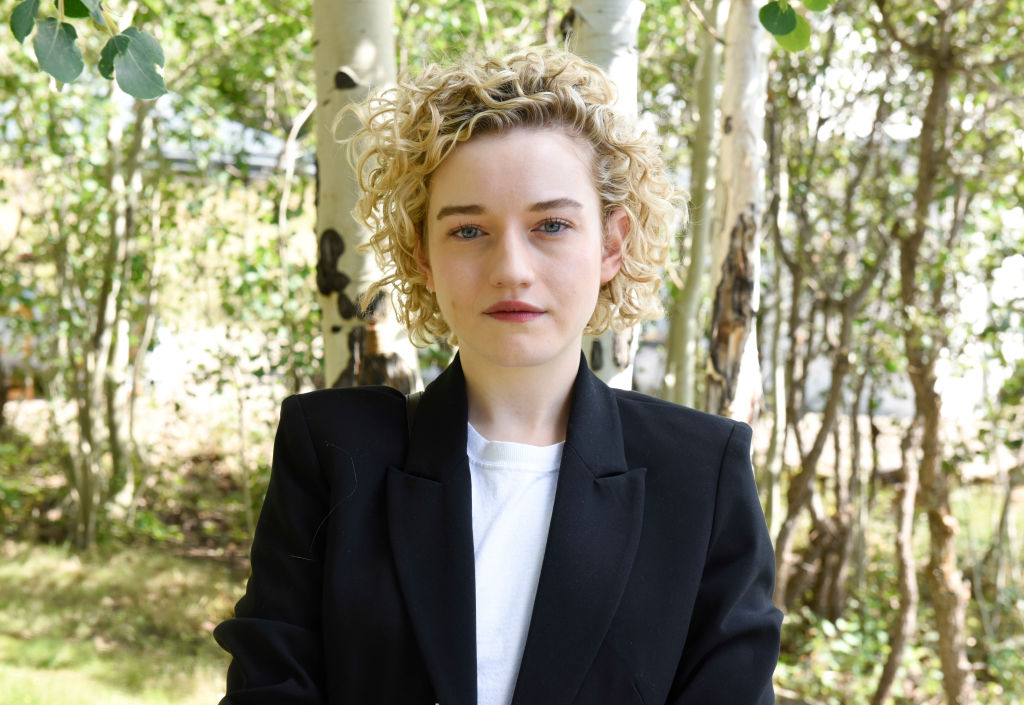 Who is Ruth Langmore?

RELATED: ‘Ozark’ Reveals Ruth’s ‘Vulnerable’ and ‘Gentle Side’ in Season 3

The Byrdes first encounter Ruth Langmore as a worthy adversary and member of the town’s infamous Langmore family. Several members of the clan are known for their less than legal pursuits, and she is no different. After initially butting heads, she quickly develops a bond with Marty — the two take on more of a mentor/protégé relationship. Despite the machinations of her family members to take Marty down, she frequently intervenes on his behalf. She even engineers the death of her uncles to stop them from killing her new role model and father figure.

In season two and three, she continues to work for the Byrde family but becomes conflicted with the family matriarch, Wendy. First, season two ends with Wendy requesting the Navarro Cartel assassinate Ruth’s father, Cade Langmore. Then season three ends with Wendy signing off on the death of her brother (and Ruth’s lover) Ben. This is the last straw — Ruth cuts ties with the Byrdes and goes to work with and for the family’s frequent rival, Darlene Snell.

The character is portrayed by actor Julia Garner and has drawn much acclaim — Garner won her first Emmy Award for her performance in the show’s second season.

Who is Jesse Pinkman?

Before Ozark took viewers behind the world of money laundering for a drug cartel, Breaking Bad showed them the seedy underbelly of meth cooking and distribution. The show, which centered on Bryan Cranston’s Walter White, also featured the groundbreaking performance of Aaron Paul as Jesse Pinkman. Pinkman was White’s right-hand man. While White was the genius behind the scheme, it was Pinkman (his former student) who helped him make it happen. Paul riveted viewers as they watched Pinkman’s sympathetic descent into evil, fighting his inner demons along the way.

How are viewers comparing Ruth Langmore to Jesse Pinkman?

It isn’t hard to see the connection between these two iconic characters. Both are willing understudies to criminal masterminds. Both have internal emotional turmoil over what they’re becoming and what’s happening around them. It also doesn’t hurt that both characters are/were played by scene-stealing actors in Garner and Paul.

Here was one Twitter user’s (@parj94) assessment of the comparison:

“We need to talk about Ruth Langmore. A character put through so much bullshit. Who, at her core, is a good person. Everyone wants to control and manipulate her. She reminds me so so much of Jesse Pinkman. #ozark”

Another user, in a quote tweet of the original post, referred to her as “Jesse Pinkman in a skirt.”

The question now becomes whether the character is headed for the same fate as Pinkman. Pinkman eventually became an adversary to White just as Ruth has to the Byrdes. How that rift will play out is certainly something Ozark fans will watch out for in season four. One thing is for sure, however: no matter how it turns out, Garner’s performance is not to be missed.

Kaylie says she also now recognizes the onset of paralyzing panic and can call out to Siri to dial a friend for a calming chat. Perhaps most important, she's at work — remotely — with the Ethiopian orphanage, launching an online virtual learning camp. Kaylie recruited other volunteers her age and is teaching English classes once a week, plus helping out with other […]

END_OF_DOCUMENT_TOKEN_TO_BE_REPLACED

ARSENAL striker Pierre Emerick Aubameyang has been urged to "sign the contact" by team-mate Ainsley Maitland-Niles. Aubameyang was restored to the Gunners' line-up for the Premier League game against Norwich, and came back with a bang by scoring two goals. By doing so, it meant the Gabon-international became the fastest player ever to reach 50 goals for the club. He […]

END_OF_DOCUMENT_TOKEN_TO_BE_REPLACED

Former Arsenal youth striker Stephy Mavididi has joined French side Montpellier from Juventus for £5.7m. The 22-year-old England Under-20 international spent last season on loan at Ligue 1 outfit Dijon, scoring eight times in 28 games. Mavididi was a product of Arsenal’s academy but did not make a senior appearance before joining Italian champions Juventus in 2018. “I am very […]

END_OF_DOCUMENT_TOKEN_TO_BE_REPLACED

Fox Business Flash top headlines for July 2 Fox Business Flash top headlines are here. Check out what’s clicking on FoxBusiness.com. New coronavirus cases in the U.S. rose above 50,000, a single-day record, as some states and businesses reversed course on reopenings and hospitals were hit by a surge of patients. Continue Reading Below The U.S. accounts for about a […]

END_OF_DOCUMENT_TOKEN_TO_BE_REPLACED
This website uses cookies to improve your user experience and to provide you with advertisements that are relevant to your interests. By continuing to browse the site you are agreeing to our use of cookies.Ok