Poirot, also known as Agatha Christie’s Poirot has been airing on television screens across the nation since January 1989. The incredibly popular British mystery drama sees David Suchet as the eponymous detective – Agatha Christie’s fictional Hercule Poirot. In episode seven of season three, The Double Clue, fans saw Poirot help Chief Inspector Japp (played by Philip Jackson) try to find a high-end jewellery thief who had struck for the fourth time. But eagle-eyed fans have since noticed a possible error with the investigation.

“You couldn’t ask for the trail to be much fresher this time Poirot. I only heard myself this morning, I’ve been chasing all over the country on the other three robberies, this is the first one that’s been close to London,” Japp’s remarks.

“Tell me about this Marcus Hardman (David Lyon),” Poirot asks.

“He’s a jewel collector, something of a celebrity in his own way, throws a lot of parties, that sort of thing,” the Chef Inspector remarks.

“A collector do you say,” Poirot suspiciously says and Japps continues: “A natural target you could say.”

“And yet in other circumstances perhaps also the natural suspect,” Poirot remarked. 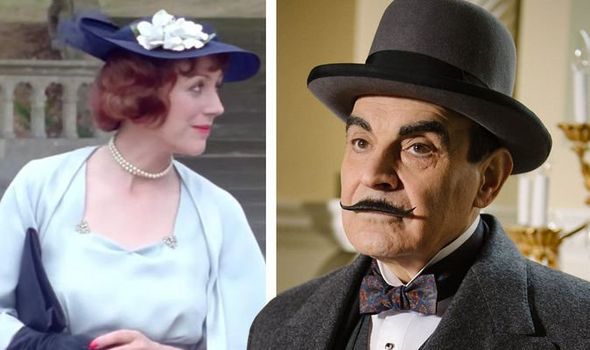 The constable on duty the night of the theft explained how there was a vagrant lurking on the grounds and this kickstarted Poirot’s questioning.

He was seen talking to Countess Vera Rossakoff (Kika Markham), a guest of Hardman’s at the party.

“But that does not make you the thief,” he stated and she replied: “No. Life itself is the thief. It has taken everything I have.”

The two then spent considerable time with one another, with some suggesting Poirot developing deep feelings for the Countess. 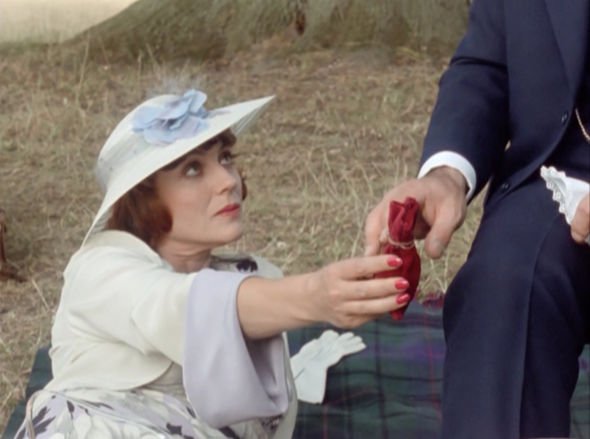 “I have an investigation with the Chief Investigator Japps, and it must be resolved,” Poirot explained.

“Is there anything I can do?” The Countess asked and he said: “This time I feel the culprit may escape, but this time the culprit may never be named. That depends entirely upon you.”

And realising what she had to do, she produced a small red velvet pouch which seemingly contained the stolen necklace.

It was then revealed how the Countess was one of four people who entered the house during the evening of the garden party.

But her involvement in the theft was ruled out when Poirot claimed a tramp took the jewels and “returned to the window where he was disturbed by the Countess, he slipped and he fell. The necklace he dropped”.

And with that, Japps rushed out of the room and scoured the bush for the diamonds, which low and behold were carefully placed on a branch. 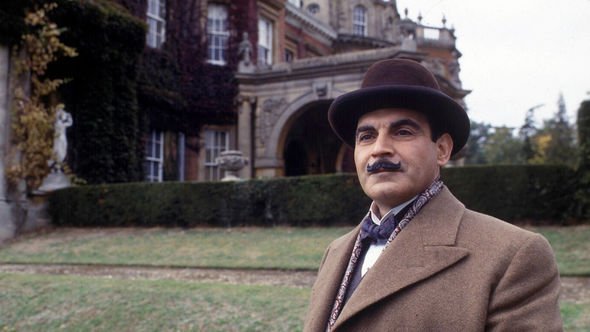 But the owner of the jewel wasn’t convinced by Poirot’s discovery and said: “Surely if the Countess had been in the garden for an hour, she would’ve realised the pianist was Japanese not the singer.”

One fan took to moviemistakes.com to discuss the Countess’ involvement.

It read: “Since the Countess was the only person to be at every dinner when the jewellery thief was in action, it takes a very special kind of idiot to not identify her as the culprit.

“Japp here did not need at all Poirot’s acumen, but simple due diligence cross-checking the guest lists, something there is absolutely no reason he wouldn’t do, and yet she is never treated as a special suspect.

“Also, Japp’s job is described as being in jeopardy after the first 3 thefts, a 4th happens, he does not quite solve it (but retrieves at least the necklace), but he’s off the hook despite the thief being unidentified, at large and with still the jewellery stolen from the first 3,” it concluded.

There is also another supposed error in the episode, another comment read: “At the party, Marcus Hardman tells Bernard that the Countess recently arrived from Russia, and she describes herself as being in exile.

“Which made sense in the source material, set right after the Russian Revolution, but less sense in this adaptation, set in the mid 1930s.

“If she stayed in Russia that long, she would have spent 15-20 years with zero privileges from her rank at that point, and nothing from her old wealth, seized by the communist government,” it said.

Poirot continues on ITV 3 this evening with repeat episodes.