Home » TV and Movies » 'Poltergeist’: The Chilling Story Behind the Film's Mythical Curse

'Poltergeist’: The Chilling Story Behind the Film's Mythical Curse

In 1982, Poltergeist shook horror fans to their core. In the spooky story, a typical suburban family, The Freelings, become victims of malevolent spirits. The entities become fixated on Carol Anne, the youngest of the bunch.

The original film spawned two sequels, and all three films seemed to be steeped in tragedy, making way for rumors of a Poltergeist curse. Shudder’s documentary series, Cursed Films examined the phenomenon of the so-called jinxed production. Here’s what we learned. 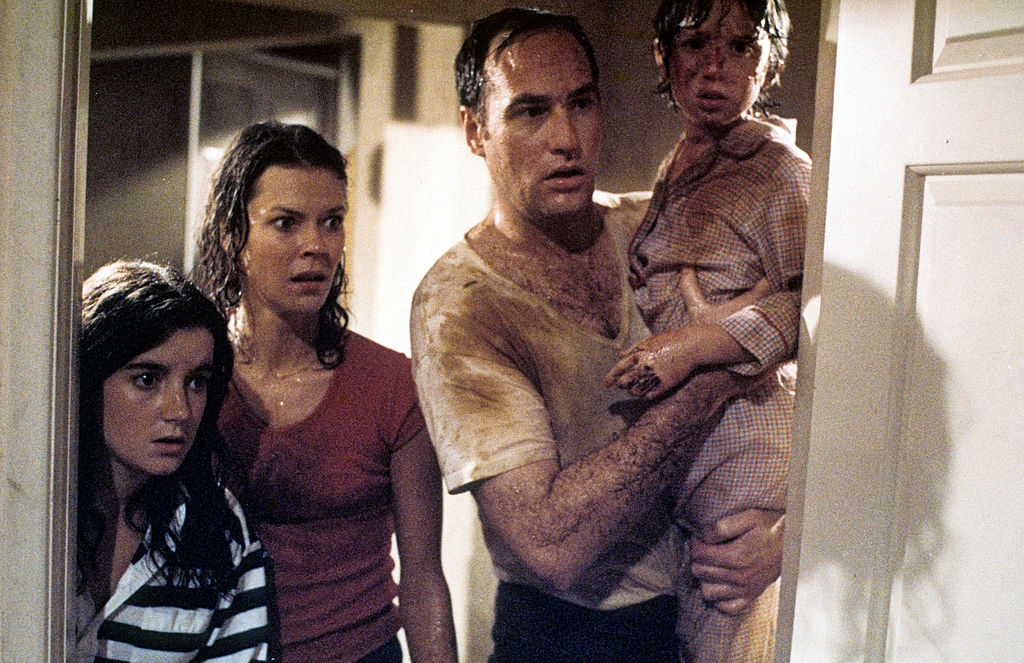 Cursed Films is an original series on the Shudderstreaming platform that explores horror films plagued by so-called curses.Episode 3 of the show focuses on the buzz around Poltergeist. Theepisode synopsis reads as follows:

“A series of untimely deaths connected to the making of the“Poltergeist” films inspire rumors that the production is cursed;suspicions are stoked by rumors that real human skeletons were used during themaking of the film.”

In the episode, crewmembers and experts debate and debunk claims and shed light on the origin ofthe supposed curse.

During production, some on-set incidents triggeredsuperstitious chatter. In a scene in which a toy clown strangles a boy, the mechanismmalfunctioned while filming and allegedly choked the actor.

Another thread that believers in the movie jinx cling to isthat the crew used actual skeletons as props. In the movie, Mrs. Freeling fallsinto a hole meant for constructing an in-ground pool. Rainwater fills the pit, andbodies begin to float to the top, surrounding the woman. Some fans believe theskeletons in the pool were real remains from India, and using them in the Poltergeistled to a real curse.

Several cast members from the film franchise passed away

RELATED: ‘The Omen’: The Spooky Story Behind the Film’s Fabled Curse

Grief surrounded the Poltergeist franchise, withseveral actors from the films dying before the trilogy could be completed.

Dominique Dunne, who played Dana, the eldest Freeling child,was involved in a volatile relationship. After breaking up with her boyfriendbeat her up, he went to her home and choked her. Dunne went into a coma afterthe attack and never regained consciousness.

Two actors who appeared in Poltergeist II: The Other Side also died. Will Sampson, who was a shaman, performed an on-set exorcism to expel demons from the production. Two years later, the 53-year old died from malnutrition and kidney failure. His co-star, Julian Beck, died of stomach cancer. The filmmakers brought his character back in the third and final Poltergeist film by making a cast of Beck’s face and outfitting the new actor with a mask.

The young star of the films, Heather O’Rourke, was in treatmentfor Crone’s disease. Unfortunately, she was misdiagnosed and died due tocomplications of a congenital disability during the filming of PoltergeistIII. The filmmakers claim that the studio forced them to complete theproject, and they did so by reluctantly using a double.

Is the ‘Poltergeist’ curse real?

RELATED: ‘The Exorcist’: The Creepy Story Behind the Film’s Legendary Curse

Although many fans believe that evil forces haunted the Poltergeistfilms, the cast and crew seem to agree that the claims of a curse are false.

Zelda Rubinstein, who played the Freeling’s psychic friend,Tangina, answered the question about the purported curse, saying, “Heather diedbecause of an undetected congenital anatomical defect. And Dominique Dunne diedat the hands of an extremely ill-directed, passionate boyfriend. I think thatit’s pretty much a courtesy to put to an end this superstitious crap.”

Craig Reardon, a special makeup effects artist for Poltergeist,found it offensive and insulting to O’Rourke and Dunne when people used thecurse to explain the actresses’ deaths. He also revealed that before Poltergeist,genuine human skeletons had been used in many films, such as House onHaunted Hill and Frankenstein without triggering a so-called curse. Andthe reason behind using real skeletons? Using real remains was cheaper than constructingprops. “Wake up and smell the budget,” Reardon barbed.

“It’s possible if I had to do this all over again, that I probably wouldn’t have made the movie,” said Gary Sherman, the director of Poltergeist III. “But I don’t think it had anything to do with a curse. I think people are always fascinated by the unknown,” he noted. “The fact that some people want to connect that with Poltergeist and skeletons, to each his own.”

Fans can check out the full episode of Cursed Films: Poltergeist now streaming on Shudder.

RELATED: 5 Twisted Movies for Horror Fans (And Their Moms) On Mother’s Day