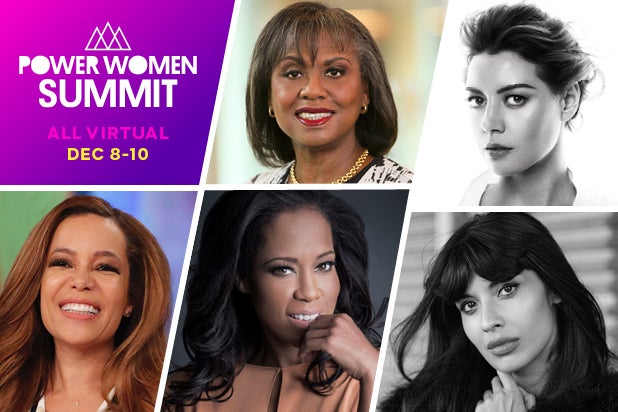 WrapWomen’s Power Women Summit, the largest annual gathering of the most influential women in entertainment, media and technology, kicks off today with a full slate of programming aimed to inspire and empower women across the landscape of their professional careers and personal lives. This year’s all-virtual event, taking place from December 8-10, provides three full days of education, mentorship, workshops and networking around the globe to promote the theme of “Inclusion 360.”

The Power Women Summit will feature daily programming and access to live A-list speaker panels and roundtables including:

Additional highlights of the event include:

The three-day event concludes on December 10 with a concert to raise money for COVID-19 relief featuring musical stars and international artists Annie Lennox, Melissa Etheridge, Cam, Citizen Queen, Hayley Orrantia, Yuna, K3 Sisters Band, GEM and Renaissance Youth Center Choir. These incredible musicians are donating their performances in honor of those most affected economically by the pandemic. The WrapWomen Foundation will be donating on their behalf to the Hire Her Back Fund, which provides grants to women and marginalized people in the screen industries whose livelihoods have been adversely affected by the pandemic. Viewers will be invited to donate to the fund as well as additional charities.

“Every year, we are honored to bring together hundreds of the most influential women in entertainment, media and technology to create a community of powerful individuals who empower one another,” said Sharon Waxman, founder and CEO of TheWrap. “In a year that has experienced divisiveness in all corners of society, our theme of Inclusion 360, allows us to virtually bring together women across the globe to foster a sense of unity and inspire growth in their professional careers and personal lives.”

The Power Women Summits has over 7,000 registered attendees and expects tens of thousands of individuals to join via livestream. The full program line-up and list of speakers, mentors and performances can be found here.

The Power Women Summit is the largest annual gathering of the most influential women in entertainment, media and technology. Hosted as a free event, the Summit aims to inspire and empower women across the landscape of their professional careers and personal lives. This year’s all-virtual PWS provides three days of education, mentorship, workshops and networking around the globe – to promote “Inclusion 360,” this year’s theme.

WrapWomen is a power base of influential women of entertainment, media, technology and brands committed to changing the face of their industries. Through media and live events, we provide a platform to accelerate the vision of women who are building towards a more equitable world. Our events attract a broad network and community of professional women who are decision-makers and mothers, leaders and wives, innovators and activists.