EXCLUSIVE: Saturday Night Live alums Rachel Dratch and Ana Gasteyer have teamed to write, executive produce and star in A Clüsterfünke Christmas, described as “a celebratory parody of the corny and ubiquitous traditional TV movie holiday romance genre.” Vella Lovell (Crazy Ex-Girlfriend), Cheyenne Jackson (American Horror Story) and Ryan McPartlin (L.A.’s Finest) also star in the MTV Entertainment Studios movie, which has started production in Vancouver with Anna Dokoza directing. This film will premiere on one of the ViacomCBS platforms to be announced later. 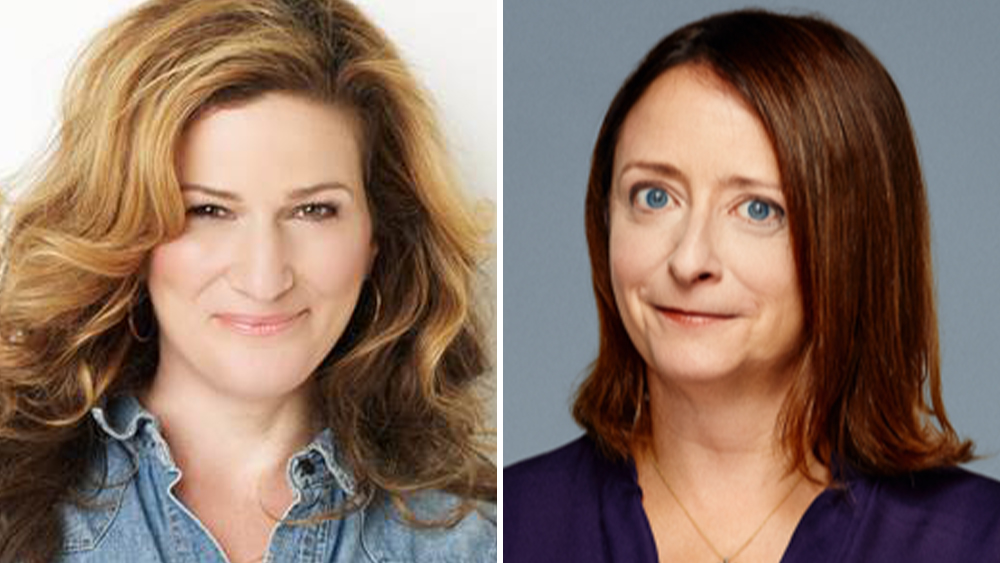 A Clüsterfünke Christmas follows Holly (Lovell), a go-getter real estate executive from New York City who heads on assignment to a small town to buy up the quaint Clüsterfünke Inn and transform it into a mega-resort. First order of business? She must convince the inn’s spinster owners (Gasteyer and Dratch) to make the sale. But before she can, she meets their nephew Frank (Jackson), a hot hunk of smoldering woodsman. Will she go back to her fast-paced city life, stripping the town of its old-school charms? Or will she fall in love with Frank and find the spirit of Christmas? What will she do? What. Will. She. Do.

“It feels like a Christmas miracle to work together to create the ultimate holiday TV movie homage,” Dratch and Gasteyer said. “We’re whipping up a punchy seasonal cocktail with insider insight from holiday film vets Danielle von Zerneck and Michael Murray, the keen eye of Anna Dokoza, and brimming with ribbons, townsfolk, and tropes – all against the classic festive backdrop of Vancouver in July!”

Fellow SNL alums Will Ferrell and Kristen Wiig in 2015 teamed up for a parody/homage to another TV movie staple, the ripped-from-the-headlines film, with Lifetime’s A Deadly Adoption.

MTVE Studios’ entered the burgeoning holiday movie arena last year with Dashing in December, which aired on Paramount Network. The studio is ramping up its efforts this year, with A Clüsterfünke Christmas the first of several films targeting the 2021 holiday season.

A Clüsterfünke Christmas is produced by MTV Entertainment Studios, Lighthouse Pictures and Wishing Floor Films. Donny Hugo Herran is the executive in charge of production: