RENEE Zellweger was unrecognizable on the set of her new true crime drama The Thing About Pam.

Dressed in a ‘fat suit’, the 52-year-old actress was photographed in New Orleans this week as she got into character as the convicted killer Pam Hupp. 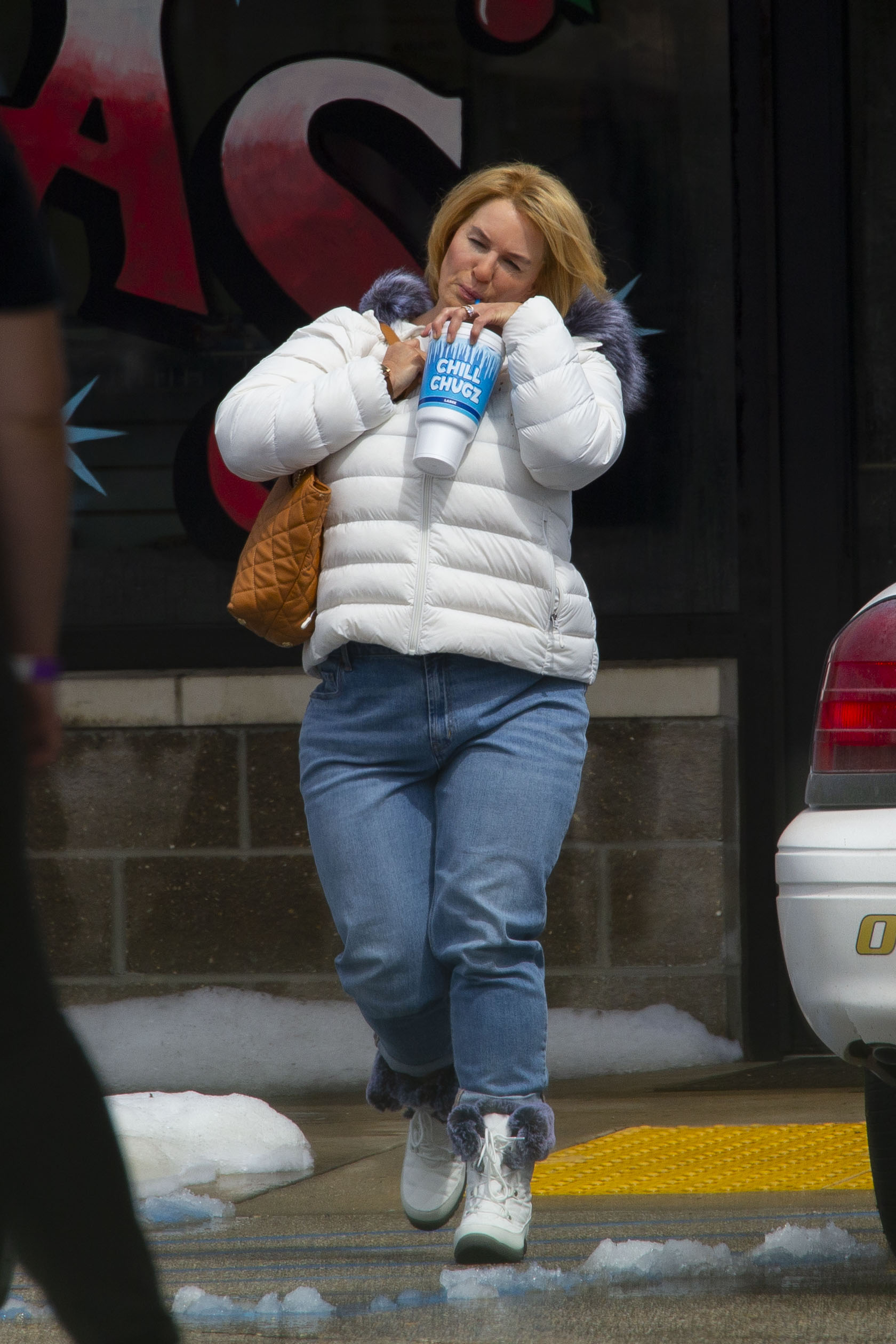 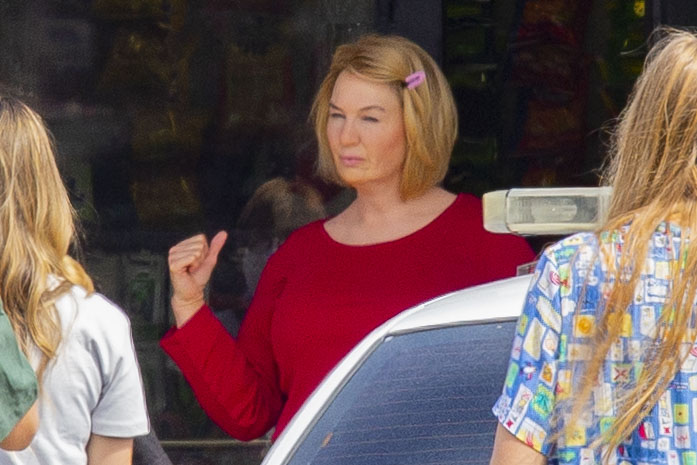 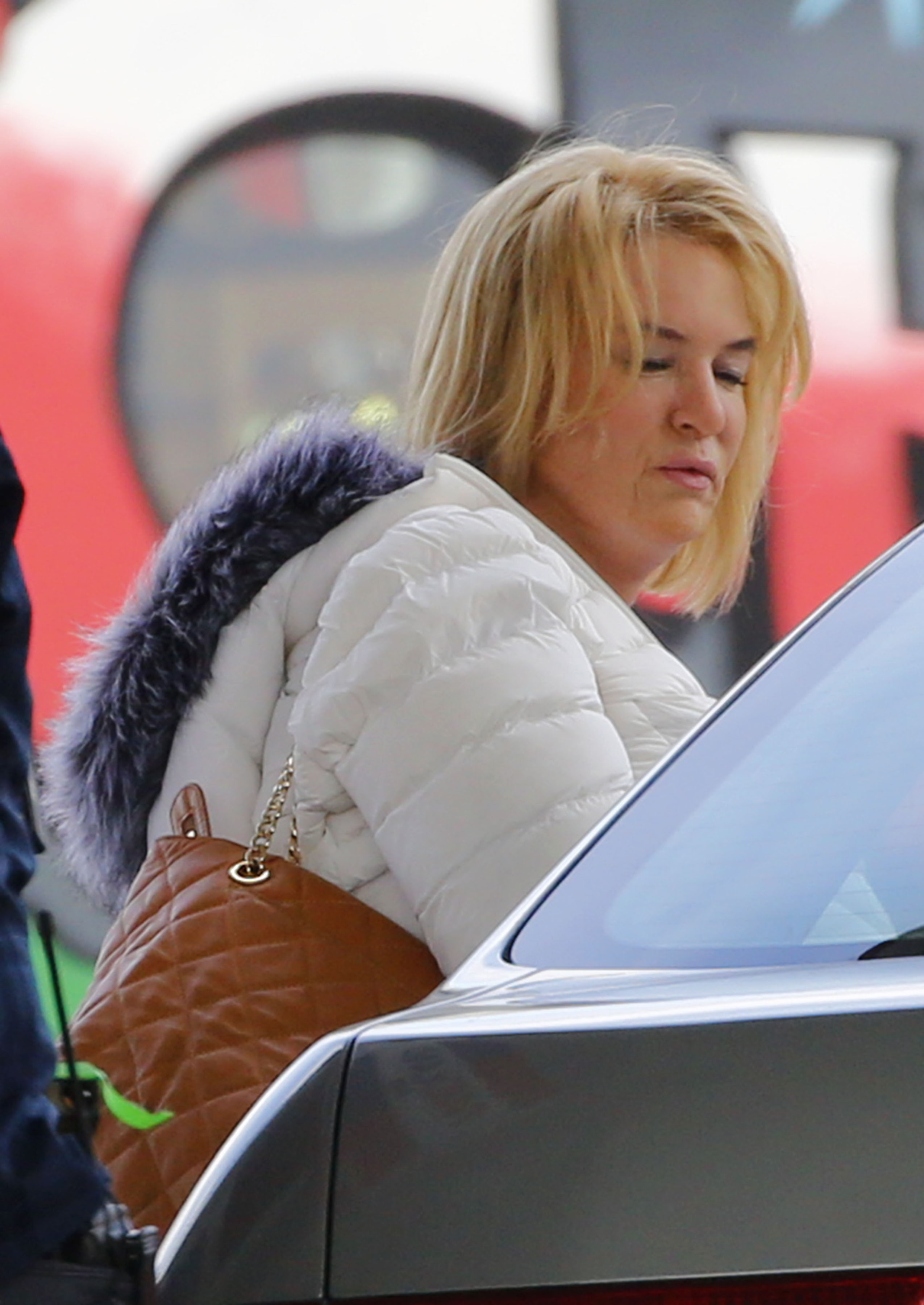 It’s not the first time Renee has played the role of a heavier person for the big screen.

In 2001, she played Bridget Jones after gaining a whopping 30lbs.

This time round though, Renee isn’t doing crazy diets as she has help with some extra padding for her new character.

Renee also appeared to be sporting facial prosthetics to give her a bigger nose and wider jaw.

The Judy star was seen sipping from a large soda cup in jeans and a padded jacket.

Renee is co-producing the six-episode series via her production company Big Picture Co.

A production assistant was seen toting the flesh colored ‘fat suit’ across the lot.

Pam Hupp is currently serving a life sentence for shooting dead a disabled man. This year she plead not guilty to the 2011 murder of her friend Elizabeth ‘Betsy’ Faria, who was stabbed 55 times.

Hupp is accused of convincing Faria to put her name on her $150,000 life insurance policy and then trying to frame Faria’s husband.

Meanwhile, Renee is said to be loved-up with new boyfriend Ant Anstead, 42.

The actress recently listed her Topanga Canyon property in Los Angeles for $6 million as it's claimed she's enjoying beach life on the California coast with her new man.

A source told PEOPLE: Renée basically lives in Laguna Beach with Ant," the source says. "She is never at her Topanga Canyon house."

Ant purchased his oceanfront home in May.

A source revealed to USWeekly that Ant is excited about his future with the actress and it has shown in his uplifting mood.

“He’s excited about life and excited in general." 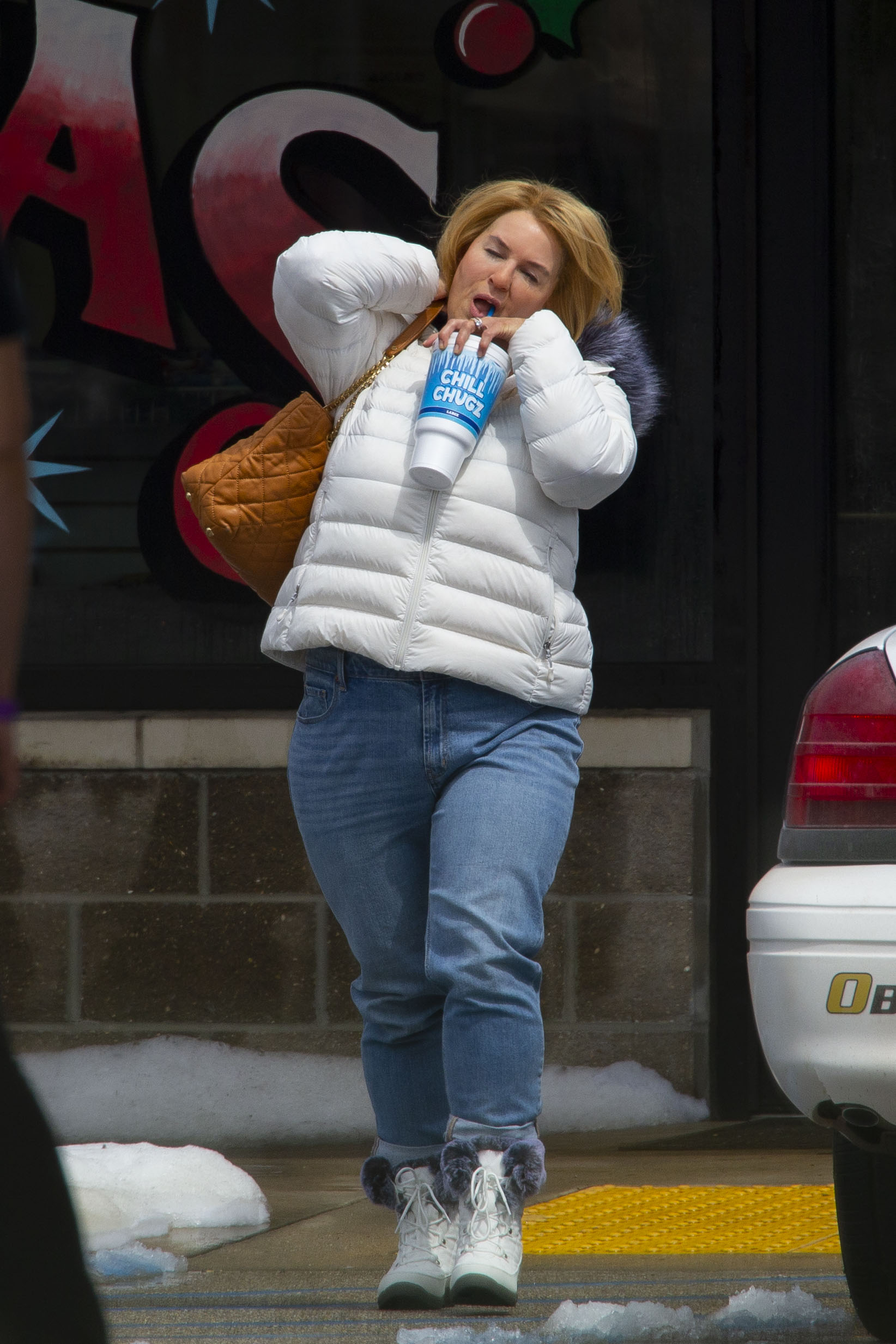 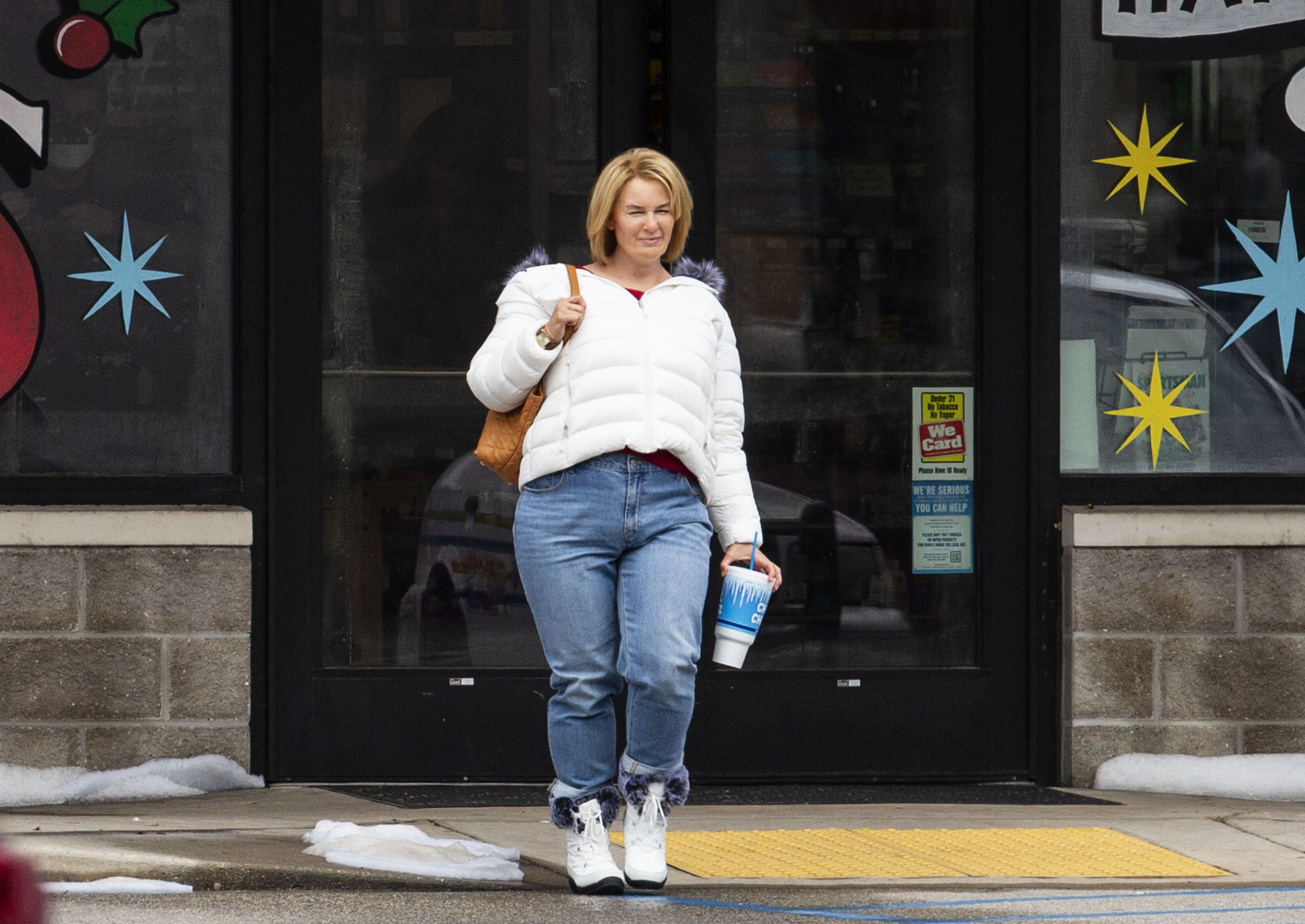 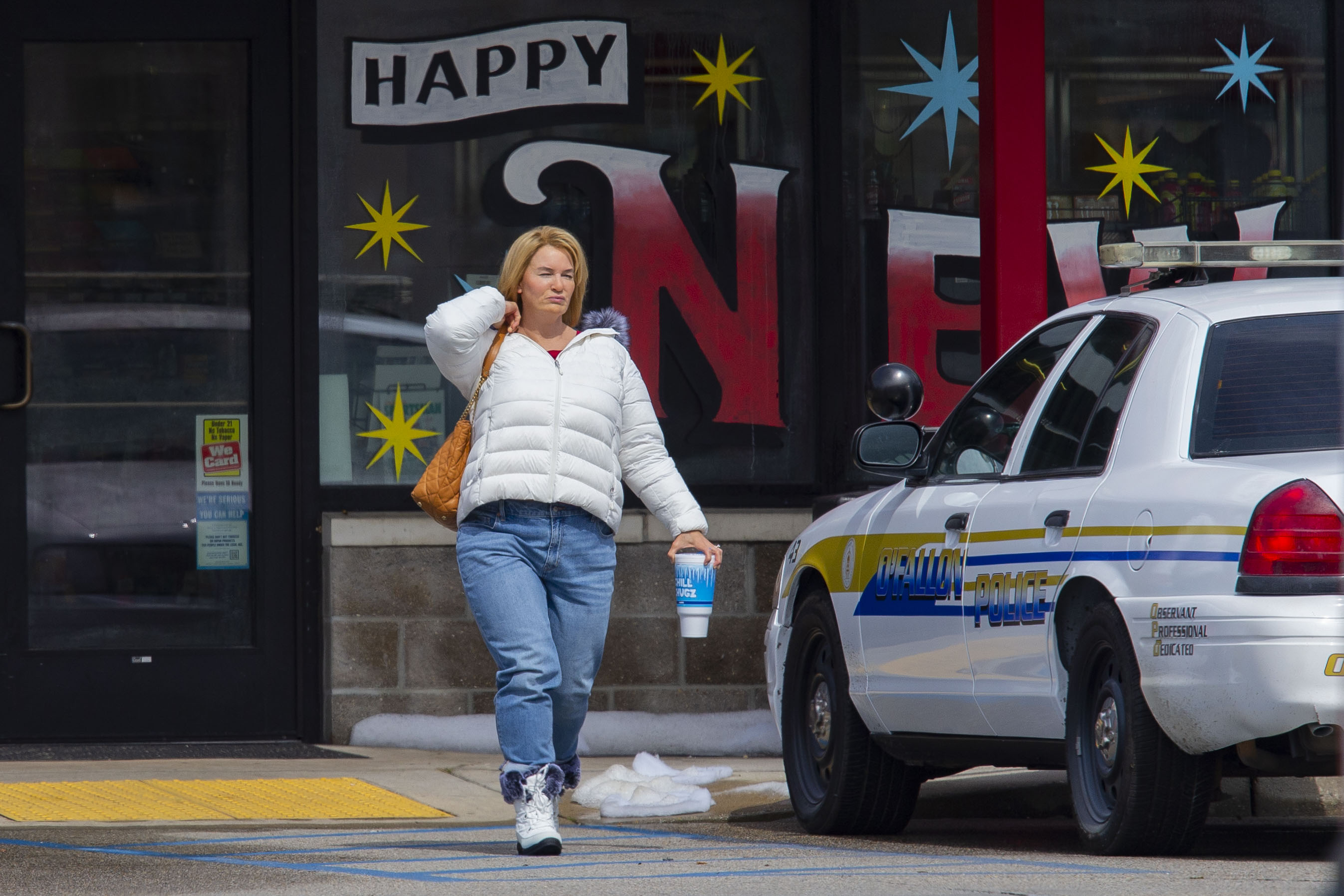 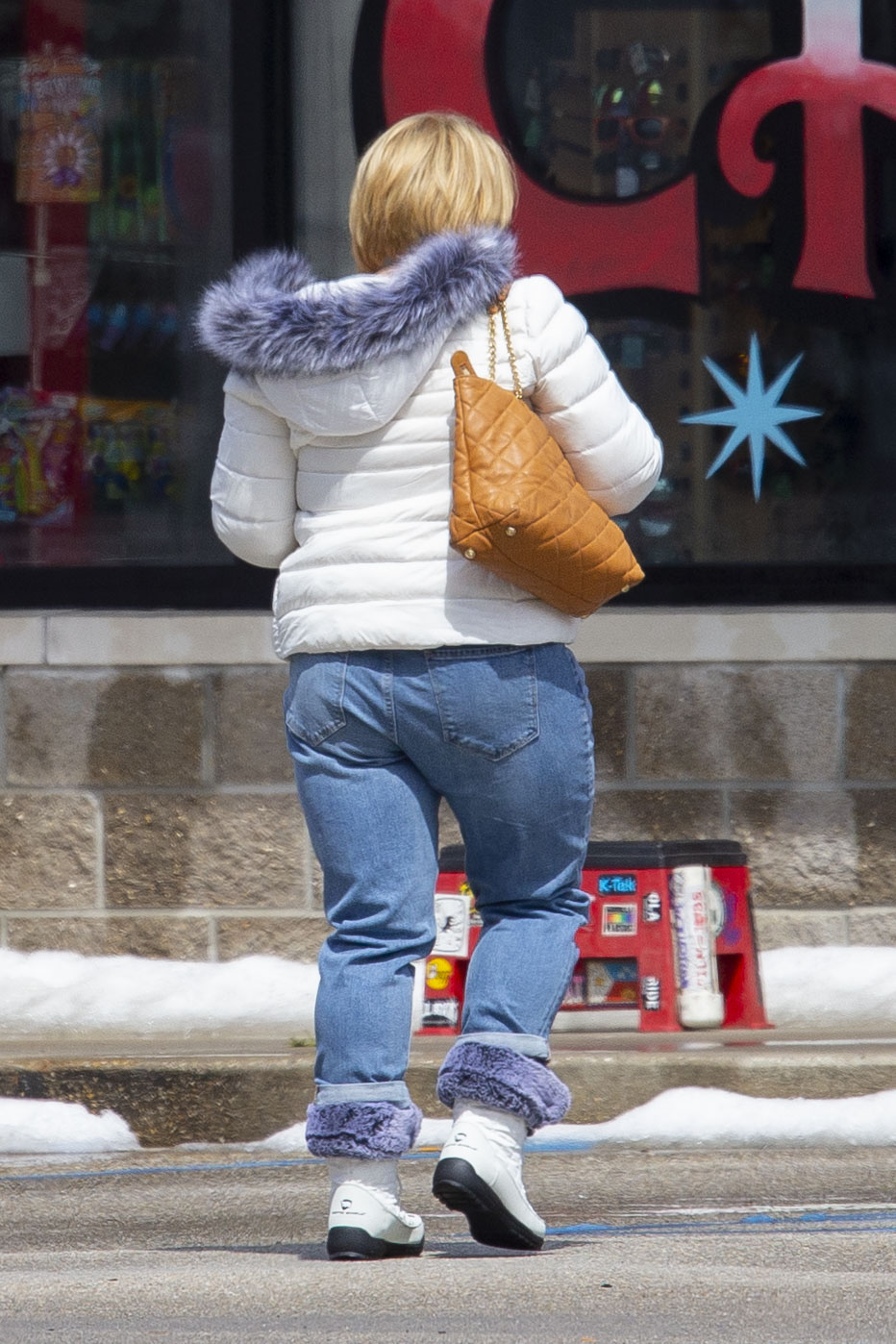 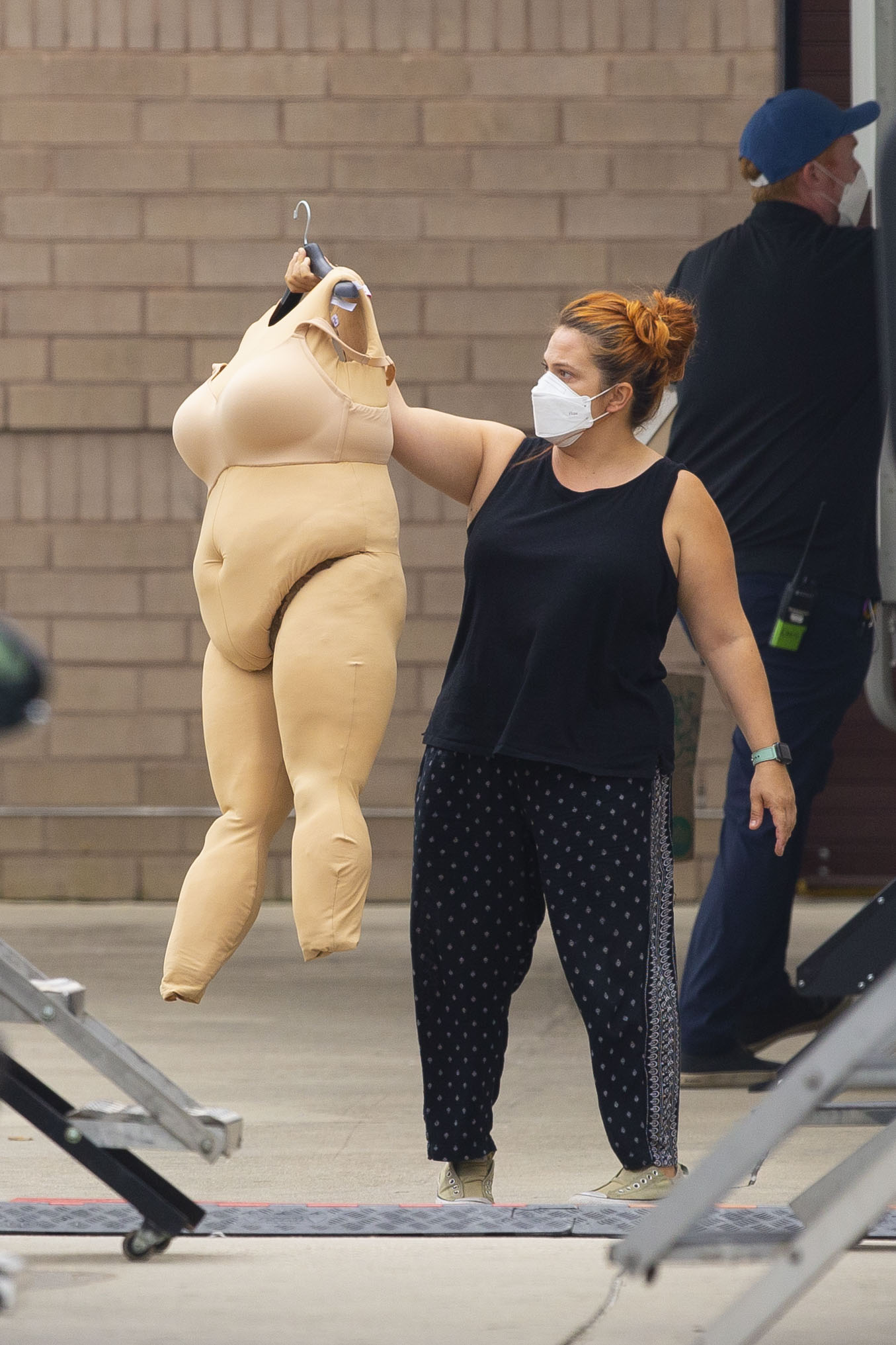 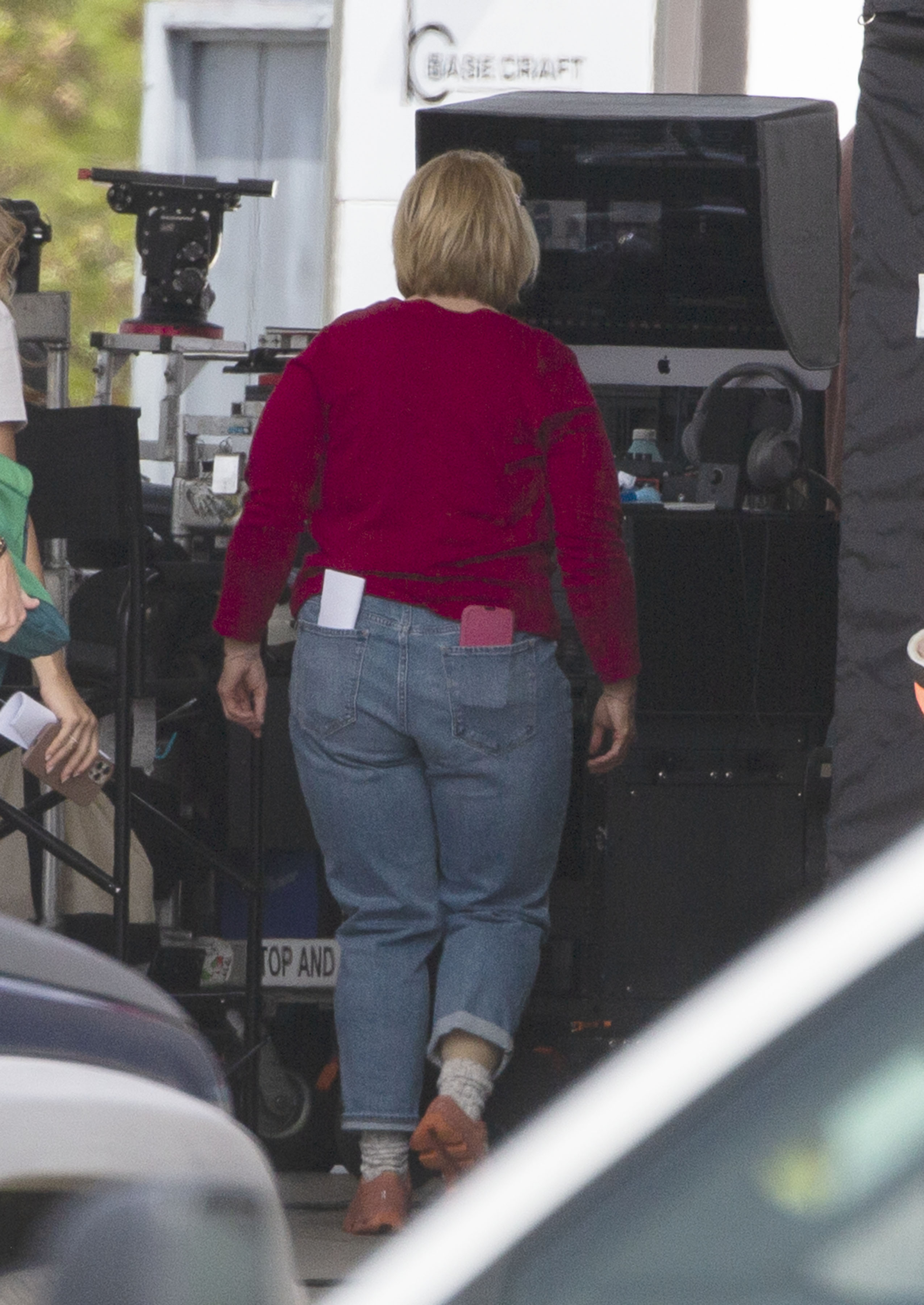 The British TV host is cohosting a new Discovery+ show, Celebrity IOU Joyride, that his girlfriend will make an appearance in.

“Part of it can be because he’s dating Renée, but he definitely was excited about doing this project and he seems excited to do all the various projects he’s working on.

You can tell he’s in a good spot in his life — he’s super happy. He seems like he’s on fire. He’s where he wants to be and is making things happen.”

The collaboration is said to be how the couple's relationship blossomed, as reported by TMZ.

A source told the outlet that after the new couple "filmed their episode she actually returned to the set at some point to drop off some work boots for Ant."

Although the insider did not disclose when their romance began, they added that they are officially "going out now."

According to a legal filing obtained by TMZ, a judge in California signed off on the dissolution of their marriage.

A source told the outlet that the co-parents have "privately agreed upon the division of their assets and property."

The ex-couple will share the custody of their one-year-old son Hudson, and Ant also has two children, Amelie, 17, and son Archie, 15, from his previous marriage to Louise Anstead. 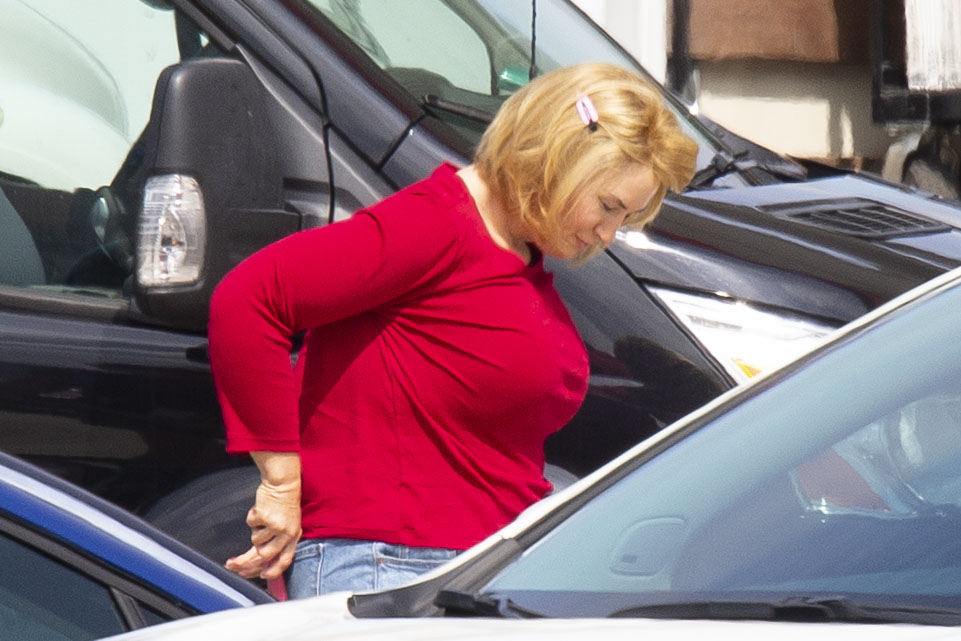 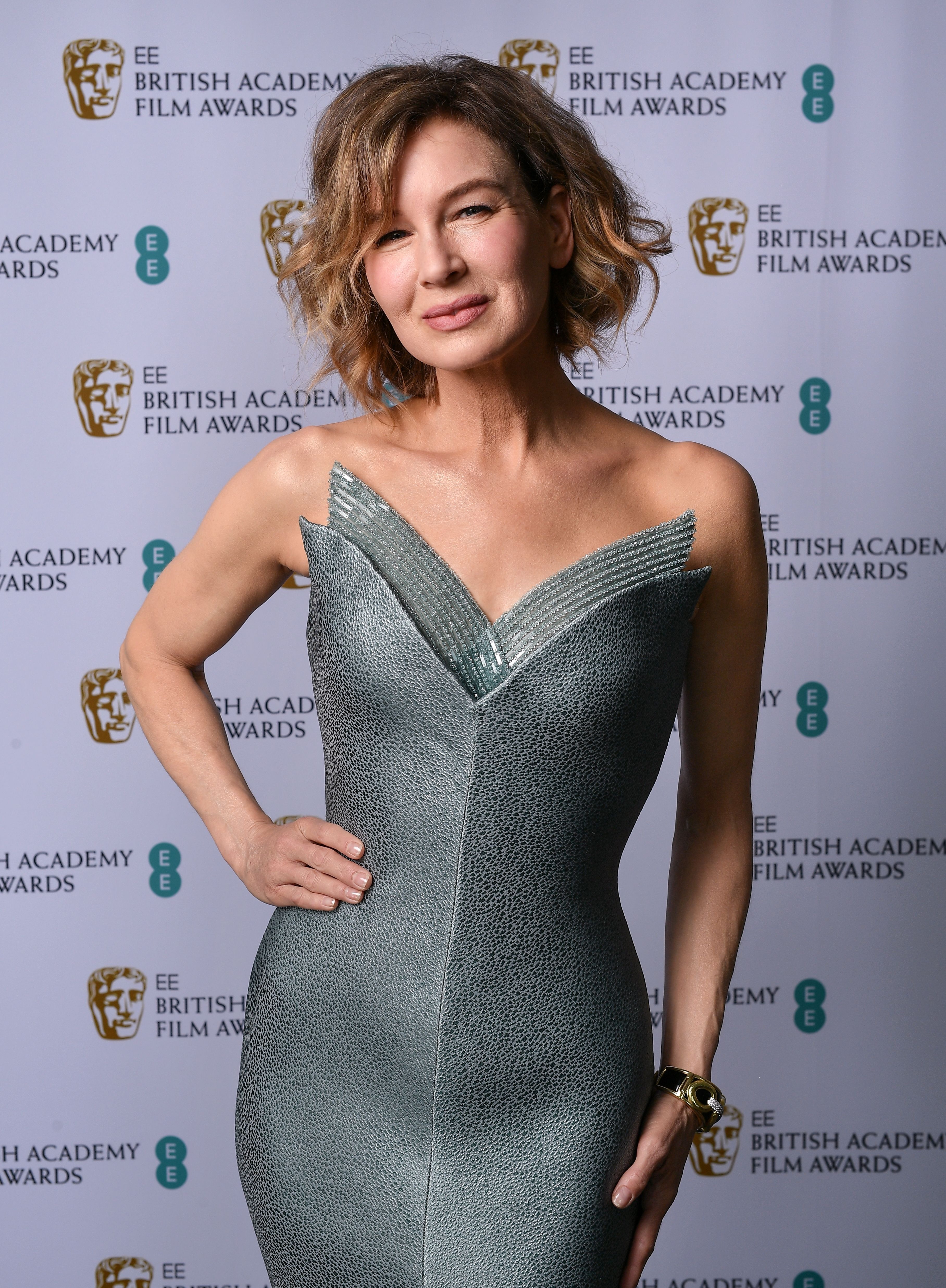 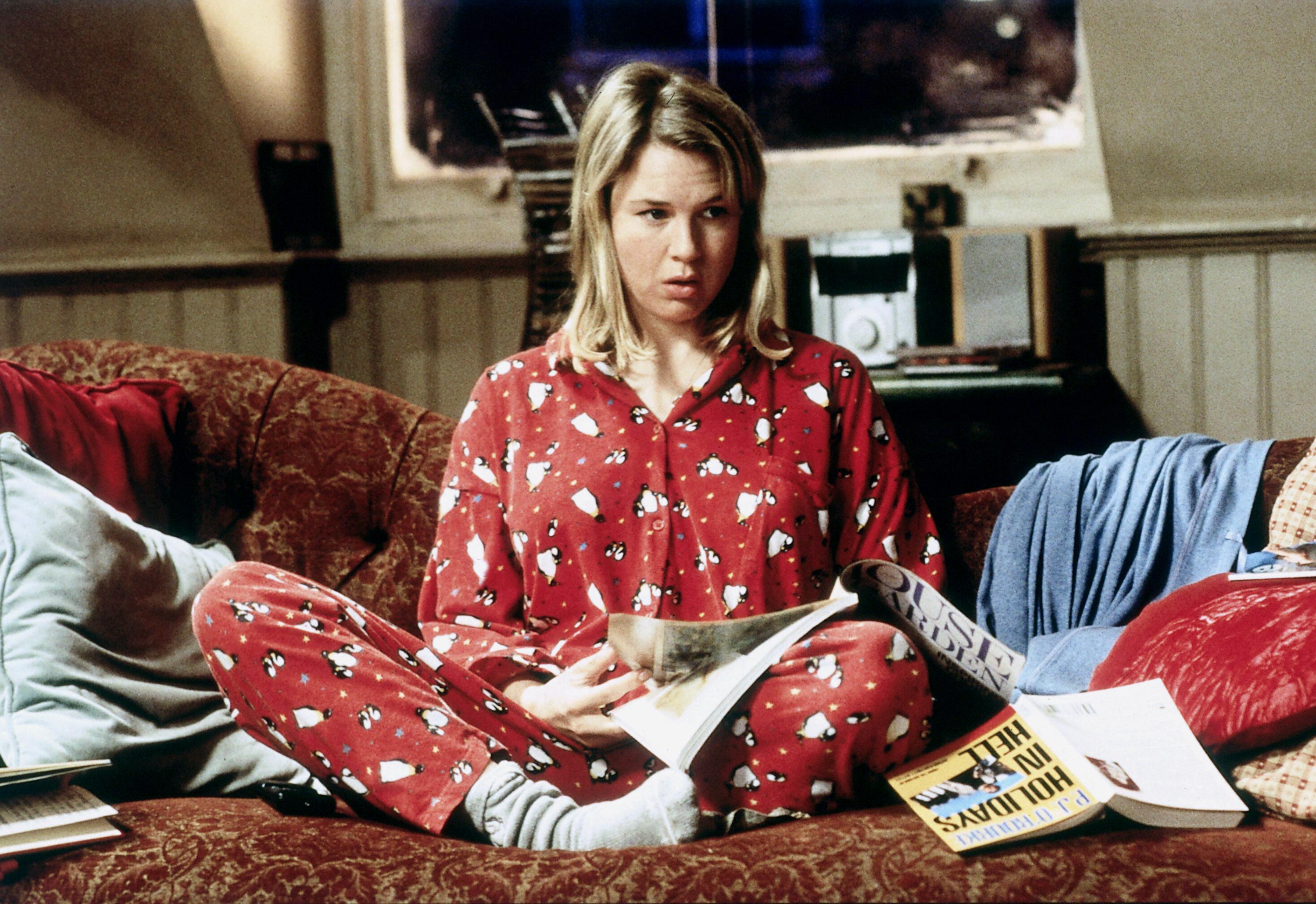 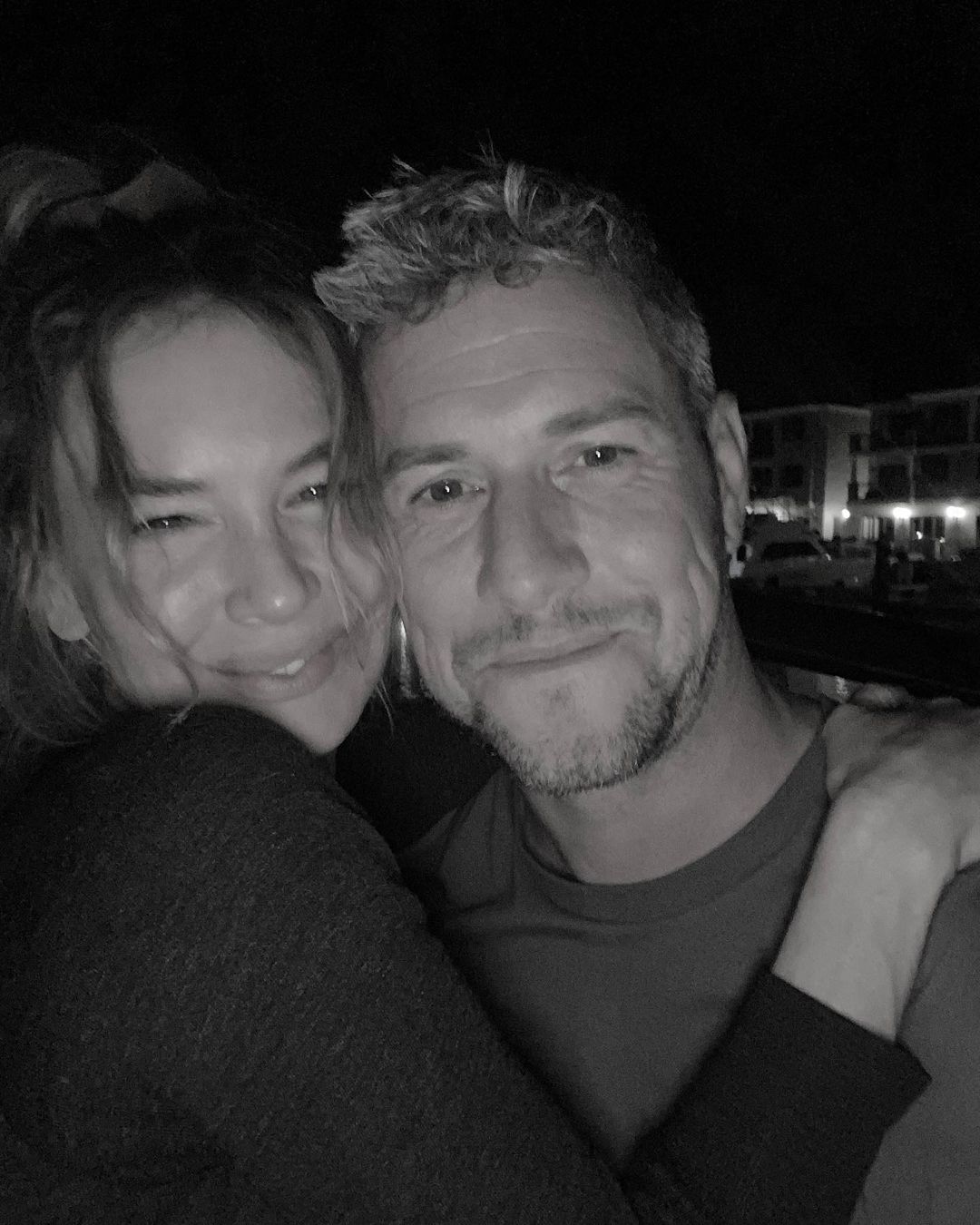