Riverdale is getting back to normal after that spooky “Rivervale” arc — well, maybe not completely normal.

Sunday’s midseason premiere picked up where we left off pre-Rivervale, with Archie and Betty’s newly rekindled romance interrupted by a bomb set by the dastardly Hiram. The explosion decimated Archie’s house, but Archie and Betty were mysteriously unharmed. Then Archie discovered he is suddenly super strong and impervious to pain, and Betty can now see a red glow around bad people before they commit a crime. So the bomb turned them into superheroes? What in the name of Poppa Poutine is going on around here?

For the rest of Season 6, “echoes and ripples from Rivervale are happening in Riverdale in hopefully unexpected ways,” executive producer Roberto Aguirre-Sacasa tells TVLine. In fact, the writers liked the spooky paranormal vibe of Rivervale so much, they decided to keep it going: “We kind of thought: What if Stephen King and M. Night Shyamalan were in the writers’ room this season?” As reference points for Season 6, he lists Shymalan movies like The Sixth Sense and Unbreakable and King stories like Carrie and Firestarter, “where a normal community finds that one or more of its members have these abilities that are far beyond what we normally think of.” 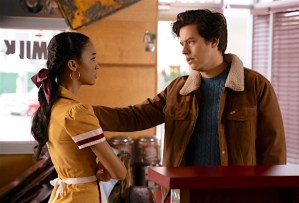 Jughead, unfortunately, didn’t gain any superpowers from the explosion. It only knocked out his hearing, leaving him almost completely deaf. But don’t worry: “This is only the beginning of Jughead’s story and not the end of it,” Aguirre-Sacasa hints. In fact, he says we’ll see more of the gang interacting with each other in Season 6: “You see Betty and Archie in each other’s stories more. You see Archie and Jughead in stories more. You see Betty and Jughead working together.” There are “a lot of friendship stories coming out of this conceit, and a lot of unexpected pairings.”

Archie and Betty not only have a new romance, but now they have these secret abilities that they can’t explain. So will this supernatural quirk serve to strengthen their bond? “Absolutely,” Aguirre-Sacasa says. “In the short and long term, the fact that Archie and Betty were in this explosion does bind them together in a way that they would not have been otherwise.” And they’re going to have to put those abilities to good use in catching the Trash Bag Killer, who murdered Betty’s ex Glen at the end of the premiere. “We’re going to finally learn about what happened in the well with Betty and the Trash Bag Killer this season,” the EP teases. 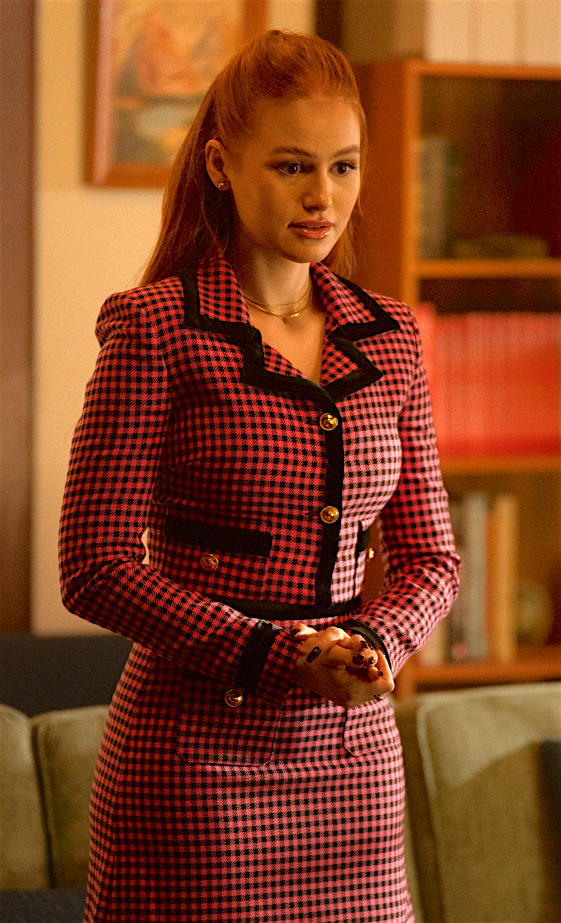 Archie, Betty and Jughead also have more to worry about: Cheryl has been possessed by the spirit of her ancestor Abigail, who is dead-set on punishing the trio for their forefathers’ misdeeds. “Abigail definitely has a major grudge against Archie, Betty and Jughead,” Aguirre-Sacasa admits, “but she will have another big agenda, which is reuniting with her beloved Thomasina. So I don’t want to say that Abigail will only be driven by feelings of revenge. There are other impulses. But truthfully, her big storyline is with Cheryl.”

The premiere also saw Veronica put an end to her longstanding feud with her father Hiram — by putting out a hit on him. Veronica later regretted the decision and tried to stop the hit, but she was too late: The hitman told her Hiram was dead. “Just because he’s dead doesn’t mean their story is over,” though, Aguirre-Sacasa notes. “Not by a long shot. But it does veer off in very interesting ways.” And since this is Riverdale, we have to ask: Are we really sure Hiram is dead? Like dead dead? The EP laughs, but he tells us: “I believe he’s about as dead as they get in Riverdale.”

Alright, Riverdale fans: What do you think of the big Archie and Betty twist? Grade the midseason premiere in our poll, and then grab a booth in the comments.