Selling Sunset; Amanza spills the truth behind Mary’s second party ‘I planned it!’

Away from the lavish LA properties on show in Selling Sunset, Netflix viewers have become accustomed to witnessing the highs and lows in the personal lives of The Oppenheim Group’s agents. Season two picked up where the first series left off with plenty of fresh dramas among the cast taking centre stage, from on-screen weddings to jaw-dropping engagement parties. One particular source of drama in the second season surrounded a mysterious ‘second’ bachelorette party held for Mary Fitzgerald in which a handful of stars weren’t invited – and now Amanza Smith has exclusively revealed the truth behind the event.

Ahead of her wedding to Romain, Mary invited all of her colleagues to glamorous bachelorette party as they celebrated her upcoming nuptials.

However, the likes of Christine Quinn, Maya Vander and Heather Young were left less than impressed to see a separate party had been held without them.

Keen for answers, the girls confronted Mary on the show but she insisted the gettogether was an impromptu gathering among close friends.

Keen to set the record straight, however, season two newcomer and Mary’s best friend Amanza has told Express.co.uk she planned the whole thing. 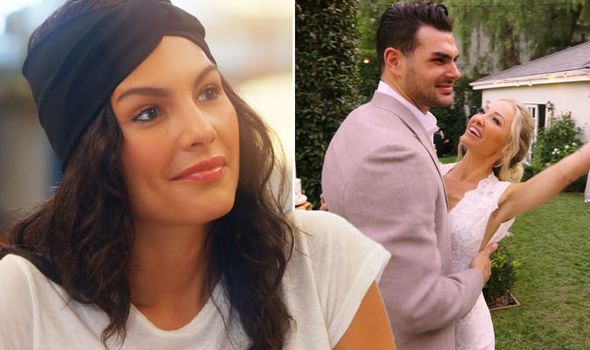 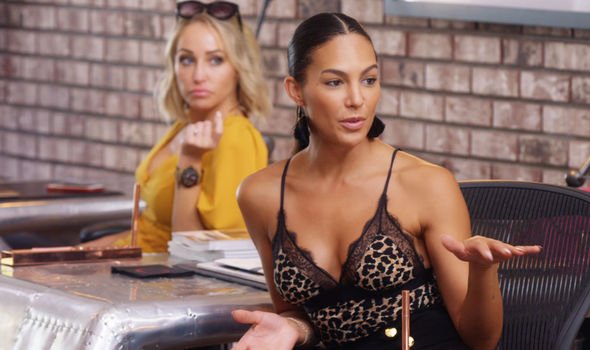 She said: “I mean, I’ll just be perfectly honest. We tried to say it wasn’t planned and that’s fine. I don’t know if I said on camera that it wasn’t planned, but they [Mary and Chrishell] did.

“But I’ll take the fall. I absolutely planned it, 100 percent, and I even sent out a text message and I think it read something along the lines of ‘if you’re receiving this text message, it’s because you are no drama, and I would like to welcome you to my home for a small bachelorette party for Mary.’

“I don’t care, people can say what they want. She’s been my best friend for 20 years.”

Amanza then detailed the ordeal which resulted in her having to leave Mary’s first party. 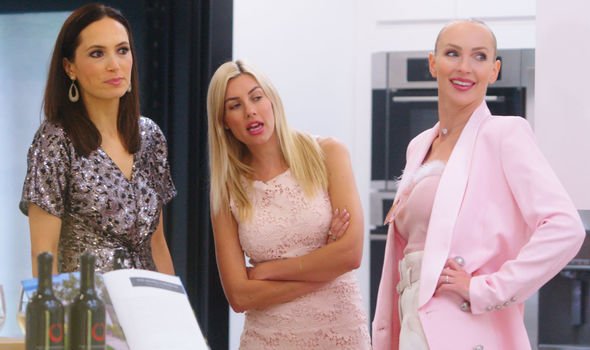 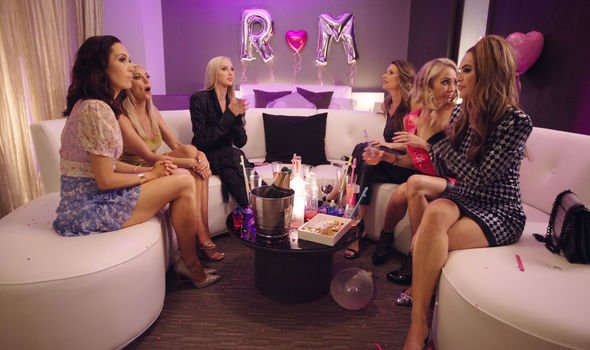 The Selling Sunset star explained: “I had to leave her original bachelorette party because my son actually got bit by a venomous spider that day.

“The nanny had to take him to the emergency room and it was quite awful. They gave him like, a giant shot of penicillin and gave him penicillin for 10 days after.

“(So) sorry, guys, I couldn’t go to the club afterwards. You know, I had to take care of my son.

“So I missed out on a majority of the party, that’s one (reason). And then two, Mary’s sister wasn’t able to join (the first party).

“We have other friends that don’t work in the office, you know, and I only had the budget to have like a handful.

“I think it was like eight girls, maybe seven. I don’t know, for this other party.

“The people that I chose, some of them were outside of the office that we had all been friends with. And Mary’s sister who had flown in from New York wasn’t there for the first one.

“And I knew that there would be no drama,” she added.

Amanza continued: “There would be no talking about Christine’s relationship or Tarek and Heather’s.

“And to be fair, first of all, Maya was in Miami and she was like, hella pregnant. I don’t think she’s gonna be spinning around a stripper pole. (sic)

“Christine was in Costa Rica and would not have been able to come anyway, and Heather and I hadn’t, you know, cleared up our beef yet. And Divina wasn’t probably gonna come without that person or whatever so I didn’t feel bad about it.

“I felt bad that Mary got kind of heckled or got some s**t about it. But look, I’m a big girl.”

Selling Sunset is available to stream on Netflix now.