Simon Mayo is back in the driving seat

WITH listeners ready for a smile and some classic tunes, drivetime is the big show that every radio DJ wants to land. It’s the time when a homeward-bound nation comes together after a hard day’s work and you can’t trust such an important job to just anyone.

You want someone who knows the terrain, the potholes, the shortcuts and the songs that have soundtracked our lives from cradle to commute, and which were hits for a good reason: solid gold tunes, with a capital “CH”. 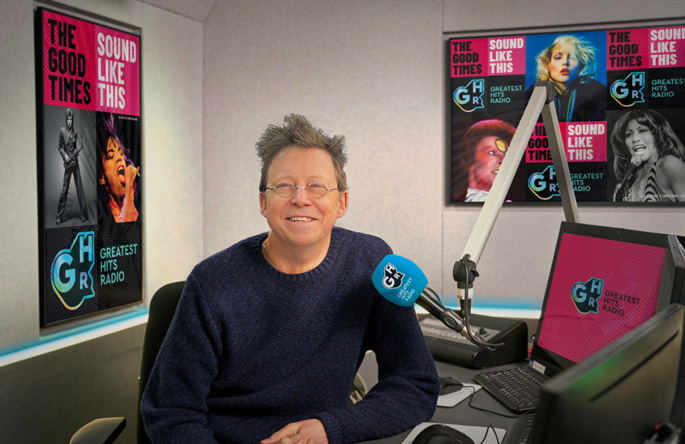 That someone is Simon Mayo, the broadcaster who made the slot his own at the BBC and who is the new drivetime host at Greatest Hits Radio, part of the UK’s largest commercial radio network. He’s in good company too, with the station also home to serious pedigree in the shape of Mark Goodier, Pat Sharp, Paul Gambaccini and Janice Long.

After 40 years in the industry Simon feels a genuine connection to his audience, who would follow him almost anywhere. And he knows what makes drivetime listeners tick, what they need to re-enter the after-work world in which they get to choose what to do with their time.

“Returning to drivetime is very exciting for me,” Simon says. “I loved doing it so much and now, on Greatest Hits Radio, we intend to make it even better.

“With the drivetime slot, you know what people are doing. They’re finished with part of their day. They’ve left their place of work, closed their laptops, they’ve picked up the kids from school and they’re preparing food in the kitchen. It’s a very intimate time to be entering people’s lives.

“And lockdown really compounded that sense of ‘we’re all in it together’. I’ve been broadcasting from my home throughout the pandemic. Reaching people in their homes, lending structure and welcome routine to their days, providing company. A music streaming app can’t do that.” 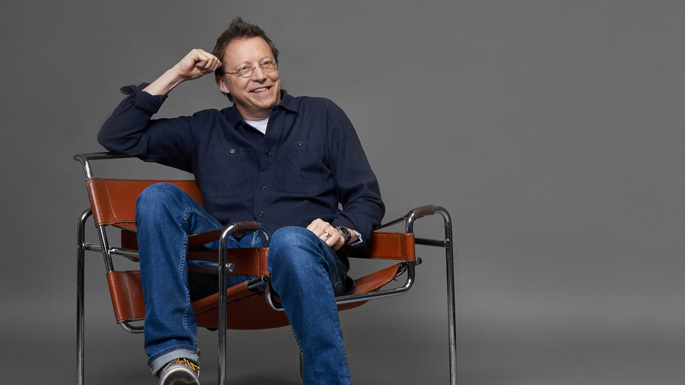 The 62-year-old has assembled a crack posse for the show, some of whom you may be familiar with. Ex-Radio 2 sidekick Matt Williams is one, back on sport.

“He’ll be going on and on about Liverpool and about how the central heating should only be turned on for an hour once a year,” says Simon, laughing. “But the rest is great.”

He adds: “This is the drivetime show I’ve always wanted to do. And what it was meant to be. It’s got elements that people have enjoyed before – Matt doing sport, Nigel Barden is doing food – but it feels freer.

“We have brought back Confessions and I’m happy to say there’s been a big response to it, and All Request Friday, where the listeners get to choose the tunes, so the show becomes a huge communal jukebox. It’s a great way to kickstart the weekend – a real blast of energy and a shared experience.

Ever felt like chucking it all in and lighting out for the promised land? You’ve probably got the Boss’s ode to the open road playing at the back of your mind.

This only made No 24 in the UK charts but there isn’t a drivetime regular who doesn’t know all the words.

The most satisfying Queen song to sing along to. And it’s nice to be reminded that it takes guts sometimes just to breathe in and breathe out.

Despite the stalkerish lyric, countless couples have chosen this to accompany their first wedding dance.

An Eighties perennial that will for ever be associated with The Breakfast Club movie and somehow reminds all of us of our own schooldays, despite the fact we’re not American.

Ms Ciccone’s in the house! Warning: do not attempt to strike a pose while driving. This one is for passengers only.

The pair first performed this Elton tune at Live Aid and it went on to become the first of four 1990s number ones for George, cementing his popularity for all time.

A return to form for the R&B goddess, this instant gospel classic is a heart-melter, making the world, honestly, a better place.

“Drivetime Drama is a new addition. Matt, myself and our producer Suzi dream up and act out scenarios that give clues to song titles, which our listeners are invited to guess. It’s proving very popular.”

Most of all, Simon is glad to be reconnecting with the drivetime crowd. “The 4pm to 7pm slot is like the flipside of breakfast,” he says. “You know what an awful lot of people are doing and there’s that sense of camaraderie – people want to be cheered up and they want to spend time with some decent people on the radio.”