John Pringle from Southern Charm admits he came in a little too hot in his pursuit to date Madison LeCroy. In fact, Pringle says he cringed during scenes where he admitted to Austen Kroll he “had designs” on dating her. 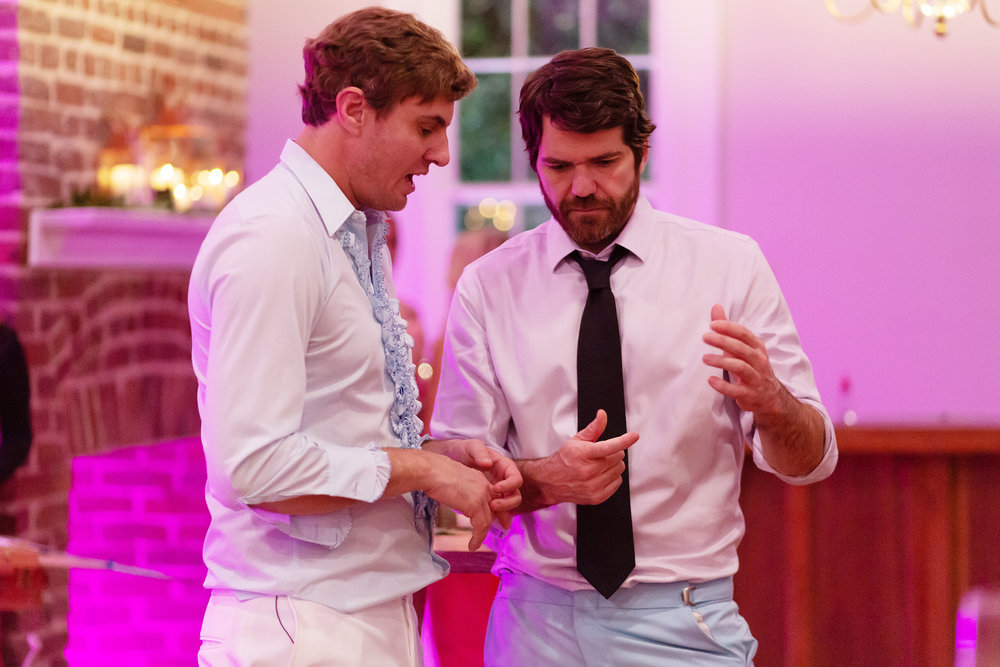 “Looking back I didn’t realize how probably Austen was in love with her,” Pringle told Showbiz Cheat Sheet. “I just thought they were in a toxic relationship in a way. It wasn’t truly confirmed until [the party on] Capers [Island]. But I was interested because I was like the new guy in town, I think she’s pretty, she seemed pretty cool.”

“They seemed like they were wishy washy,” he added. “What I’ve come to find out is that I was really throwing salt in the wounds for him. So I wish I would have done it a little differently, or just let them burn themselves to the ground like the way that they did.”

“But I could have been better,” he laughed. “I could have been more candid or just in the shadows or just not do anything. But yeah, you know, I thought it was an interesting prospect. I do think I was, in a way, directed and prodded towards that.” He added while laughing, “I don’t know why I was such a sheep! I was like, ‘Sounds like a good idea to me!’”

Pringle emerged as the handsome mysterious stranger on this season of Southern Charm. Almost immediately, he expressed an interest in LeCroy. He joined the cast via his longstanding friendship with Shep Rose, and Patricia Altschul immediately took a liking to Pringle. She invited him to her home for cocktails, which was when she nudged him in LeCroy’s direction.

“I did think Patricia had the idea,” Pringle said about dating LeCroy. Altschul and LeCroy are close friends and Altschul looks out for her welfare. “I think so a little bit,” he added. “Miss Patricia knew what she was doing! She knew she could control my mind,” he added while laughing.

John Pringle and Austen Kroll moved from foes to friends

Clearly taken aback by Pringle’s boldness, Kroll warned the newcomer to back off when it came to LeCroy. Kroll and Pringle’s interactions this season were tense even though they experienced several moments of levity. In spite of how their relationship began, Pringle says it’s going much better now.

“In Capers, I saw some stuff that made me open my eyes a little bit more to the situation,” he said about LeCroy and Kroll. “And I looked more on his side of things. And in the finale, we start to become better buds and bridge that gap. He definitely showed me some kindness. We’ve now become pretty good buds.”

Indeed, Pringle shared a holiday photo on Instagram where he sits upon Kroll’s lap and they toast to the season with eggnog. “Nog with the King,” Pringle captioned the image. Leva Bonaparte joked that Pringle was actually after Kroll’s heart all along. Pringle replied, “He’s a fellow dawg.”

END_OF_DOCUMENT_TOKEN_TO_BE_REPLACED

END_OF_DOCUMENT_TOKEN_TO_BE_REPLACED
This website uses cookies to improve your user experience and to provide you with advertisements that are relevant to your interests. By continuing to browse the site you are agreeing to our use of cookies.Ok