With readers turning to their home viewing options more than ever, this daily feature provides one new movie each day worth checking out on a major streaming platform.

As far as movies about shattered states of masculinity go, you can’t get any more raw, personal, or up-close than John Cassavetes’ 1970 “Husbands.” The filmmaker’s meandering, laidback style is well-suited to this chamber dramedy led by Cassavetes and his pals Peter Falk and Ben Gazzara. While storytelling in 2020 is pivoting fiercely away from tales of white, straight male egos, it’s fascinating to look back at “Husbands” as a cracked reflection of the times.

In 1971, feminist author and activist Betty Friedan wrote an editorial for The New York Times hailing “Husbands” as “the strongest statement of the case for women’s liberation I have yet seen on stage or screen,” and that the film tackled “the alienation, loneliness, [and] un-met need for human love and intimacy” often left unsaid in the traditional marriage plot where women are homemakers, and men their breadwinners.

But “Husbands” wasn’t immediately so beloved. When it premiered at the San Francisco International Film Festival in October 1970, walkouts were reported, and the Los Angeles Times said the film was “the most unanimously detested” entry at the event. In 1970, Cassavetes was not a household name, and his grassroots, anti-Hollywood style of filmmaking — the equivalent of picking up your camera and running out into the streets to shoot a movie with your friends — divided audiences. His 1959 debut “Shadows” tackled race relations with a frankness hardly matched today, and while he had brief brushes with studio filmmaking with United Artists’ 1963 release “A Child Is Waiting” starring Judy Garland, and Paramount Pictures’ 1961 jazz drama “Too Late Blues” starring Bobby Darin and Stella Stevens, he retreated back into emotionally raw independent movies with 1968’s “Faces.” Two years later, “Husbands” marked a continuation of that play-it-by-ear aesthetic. While Columbia Pictures did release the film that fall, the studio tried to mangle its runtime, and shaped “Husbands” into something more accessible.

But the film’s perceived unwieldiness is precisely its best asset, with a lack of structure and predictable plot arc more adherent to the European style of filmmaking of the ’60s. Cassavetes built the dialogue out of improvisation with his co-stars, who play longtime friends reeling from the death of the buddy Stuart (David Rowlands, brother of Cassavetes’ forever muse and wife Gena). Time is running out for these guys, and so they set off on an epic bender that eventually takes them all the way to London. 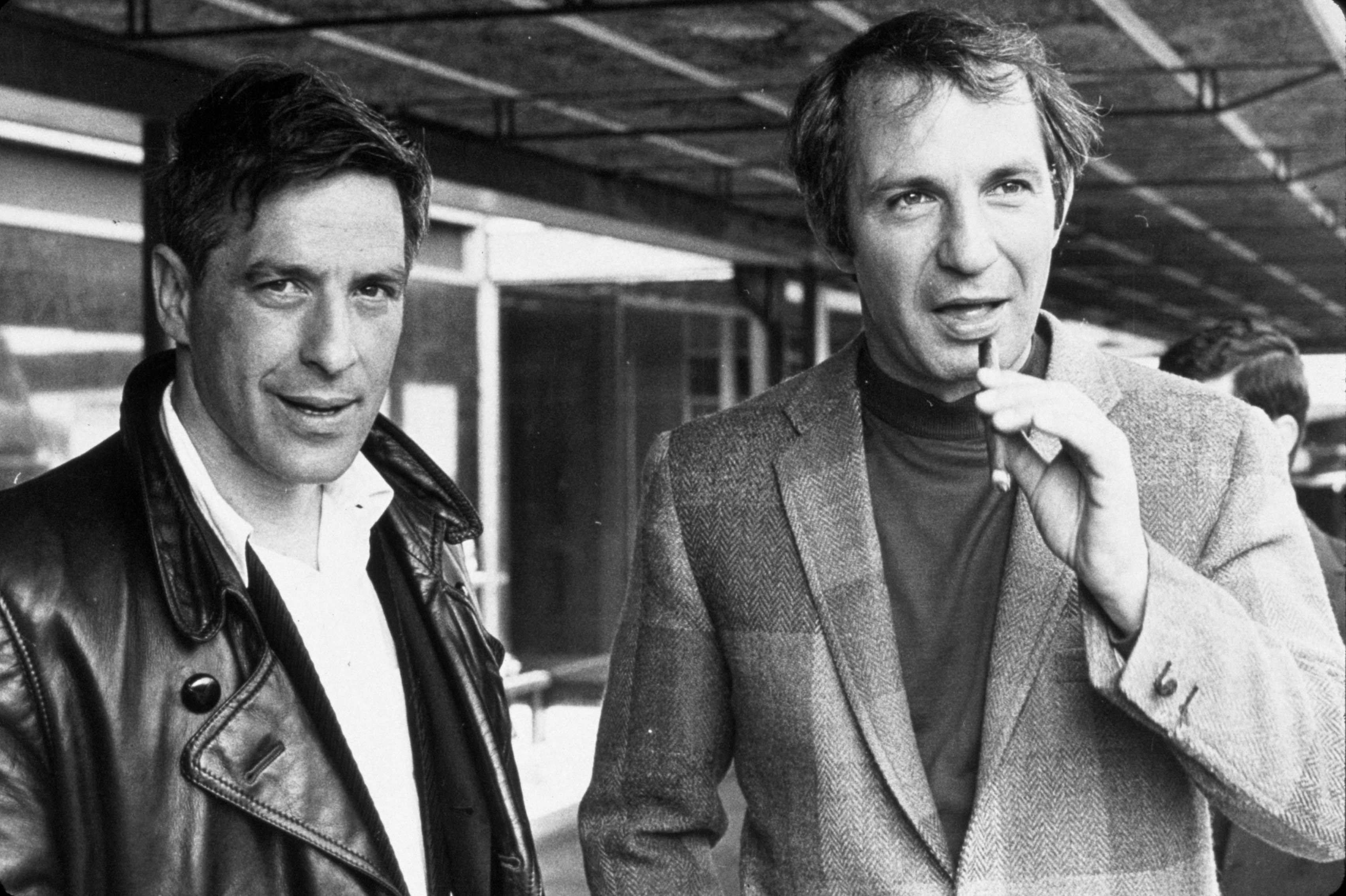 Cassavetes is among the most influential voices of modern independent film. While “A Woman Under the Influence” is surely the hallmark of his legacy, the lengthy runtime and free spirit of “Husbands” reflect the kind of movie that defines the career of Judd Apatow, whose explorations of (white and straight) male egos in films such as “Knocked Up,” “The King of Staten Island,” and “Funny People” similarly take their sweet time to unpack masculine emergencies. There’s a scene in “Husbands” where the three surviving friends, all destroying themselves on a night out after the death of Stuart, huddle around each other as one vomits in a public toilet. It’s shot with a bracing candor, and results in several confessions that blow the lid off the triad’s friendship.

In a moment where Judd Apatow’s “The King of Staten Island” is right now out and about, it’s hard not to think of Cassavetes and his influence on the Hollywood filmmaker. Apatow’s movies are long, and talky, and rely on a shaky style to convey a sense of realism, but most importantly, and most like Cassavetes, they feel lived in. Most of Apatow’s films well exceed a two-hour length, and revel in that time to portray men at the edge of a breakdown, looking in the mirror to see what has gone wrong with their lives.

“What am I feeling? What is it we’re supposed to be feeling?” Archie (Peter Falk) asks Gus (Cassavetes) in the bathroom of a bar. That line smartly sums up the confused climate of masculinity afflicting three men whose best friend is gone, and are now forced to reckon with their lives, empty outside of nights of endless booze and smoking, without the guy who was the glue that held their friendship all together. In another harrowing moment, Harry (Gazzara) has a psychotic spiral and beats up his wife in a tizzy of alcoholic rage. While “Husbands” doesn’t condemn any of its leading characters, Cassavetes knows you are going to do the math and recognize that these guys aren’t good people.

The dark night of the soul shared by Cassavetes, Gazzara, and Falk in “Husbands,” captured with the in-your-face quality of a cinéma vérité documentary by cinematographer Victor J. Kemper, lands all the characters in the doghouse with themselves, their wives, and each other. Nearly every actor looks grizzled, bloated by alcohol, and haunted by a persistent five-o-clock shadow. To the popular eye, Cassavetes succeeded best at recreating the existential meltdowns of women, with Rowlands by his side in films like “Opening Night” and “A Woman Under the Influence.” But “Husbands” remains a must-see Cassavetes classic as a look into what’s happening on the other side of a woman’s panic.

“Husbands” is currently available to stream on The Criterion Channel.