Strictly Come Dancing has been a favourite of BBC viewers since 2004 and has drawn in some of the biggest viewing figures over recent years. With the latest series of the dance contest just months away, there have been worries the show might have to be postponed or see big changes to its format. Tonight, Karen Hauer spoke to FUBAR Radio about her hopes over its return, telling the station how a reimagined show could pan out.

They were part of one of the closest-ever finals, narrowly beating off the competition of EastEnders star Emma Barton and CBBC presenter Karim Zeroual.

Although the show doesn’t begin until the autumn, it hasn’t stopped fans from being eager to find out more about its return.

However, Strictly’s upcoming series has been plunged into question after the outbreak of COVID-19 forced many programmes to suspend filming.

Many rival programmes – such as ITV staples The Voice UK and Britain’s Got Talent – have already postponed their live shows until later this year. 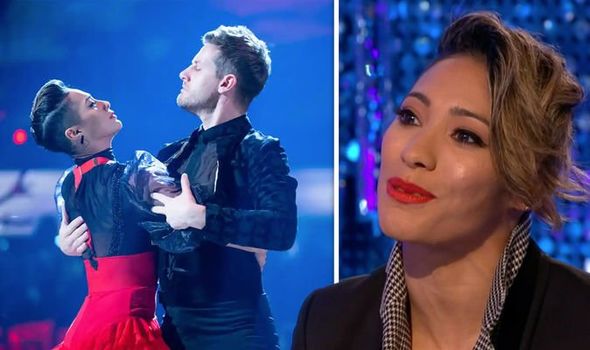 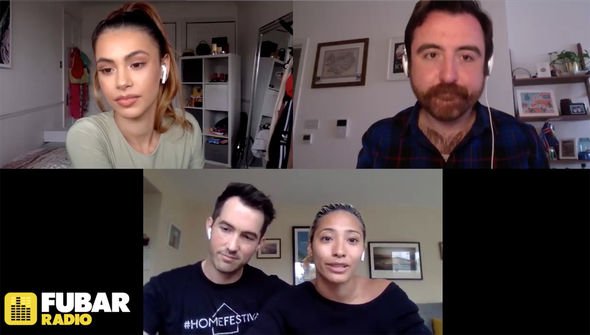 However, as well as a live audience, Strictly also has the issue of its couples in close contact on the dancefloor.

Social distancing guidelines set out by the UK government currently allow citizens to see one member outside their household as long as they remain two metres apart.

With Strictly not due to air until September, with the line-up usually announced in August, there is still time to consider how the show may have to adapt.

Professional dancer Karen spoke positively about the show’s return tonight on FUBAR Radio, alongside her boyfriend David Webb, to shed some light on the future of the hit programme. 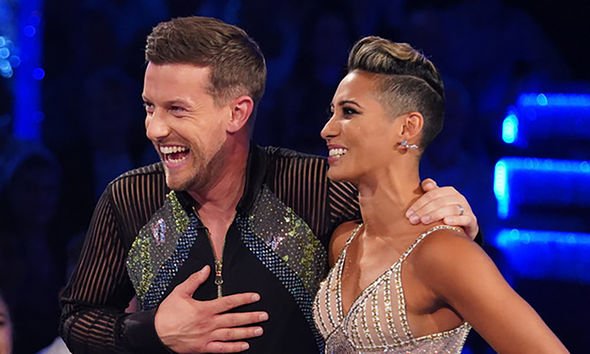 [Joined by hosts Joanna Chimonides and Stephen Leng on Access All Areas, the star explained: “We usually start rehearsals in late July.

“As far as I know, fingers crossed I’m hoping it’s still going forward, but we’re just kind of waiting day by day to see what they tell us.

“Again, it’s all about safety but obviously, we’d love for it to happen!” she added.

Delving further into how a revamped show could look, Karen offered some alternatives to the traditional format viewers are familiar with.

The dancer noted: “That’s just gonna be… side by side maybe? It can always happen. We can always make it work. It doesn’t always have to be in contact. We can get creative!” she said.

It comes after BBC Director of Content, Charlotte Moore, spoke to The Sunday Times about how the show could take precautionary measures in order to make sure it is able to continue as planned.

Charlotte said: “We’re looking at how that would work. Could you quarantine people? Can we test everyone before filming?”

However, she admitted: “There’s a lot of work being done. It’s a big task.”

There is some positive news for fans as the broadcaster announced earlier today EastEnders would resume filming in June, after halting production at the end of March, which looks to be a good sign other BBC shows may follow suit.

Strictly judge Craig Revel-Horwood – who also sits on the panel for the Australian version of the programme – gave more hope the series could go ahead after outlining the measures its sister show had taken.

He said: “We managed to do it without a studio audience. And when people needed to be isolated, one couple, for instance, stayed in a hotel for two weeks and they performed live from the hotel rooftop!

“There was a summer breeze wafting through their costumes and it was amazing. So there is a way around it, and it could be even more spectacular!”

Strictly Come Dancing 2019 can be streamed on BBC iPlayer now.