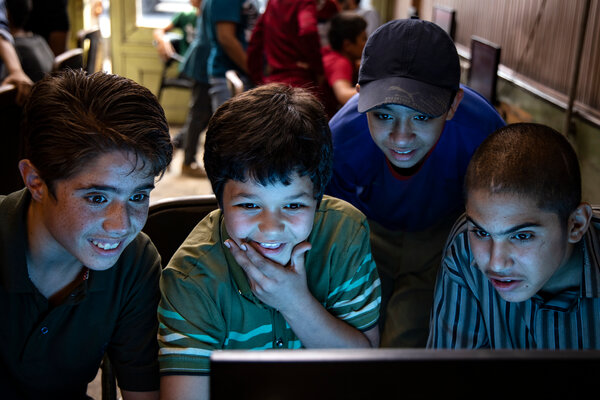 “Sun Children” opens with a series of striking shots. A montage rifles through images of swanky car hoods as a band of pint-size carjackers try to find their pick in a garage; a boy runs through Tehran, the streets rippling around him like water; kids frolic in a circular pool that, shot from above, sparkles like a blue sun. Majid Majidi’s latest feature doesn’t lack in style or charm, using a child’s perspective — a staple in Iranian cinema — to locate beauty and hope in a cynical world. As is often the case with the director’s work, however, precious visuals come at the cost of narrative complexity.

The story follows the 12-year-old Ali (Rouhollah Zamani) and his feisty gang as they infiltrate a school for street kids on the orders of a local gangster. Enticed by the promise of a treasure buried beneath the school, they dig away between classes, dreaming of the new lives they might buy for themselves and their destitute parents, who struggle with poverty and addiction. Majidi alternates the kids’ mini-mafia high jinks with a social-realistic arc about the school, where resource-strapped but sincere teachers gradually (though predictably) break through the insouciant exteriors of our tiny con men.

Save for a few turns that subject the characters to surprisingly harsh disillusionment, there’s little in “Sun Children” that doesn’t feel predetermined. Zamani makes an admirable effort with his wide-eyed expressiveness, but the film’s pristine compositions and maudlin score leave no room for the textured ambiguity that, in the work of Iranian directors like Abbas Kiarostami and Mohsen Makhmalbaf, makes children’s lives feel fascinating and mysterious even to adult viewers.