Home » TV and Movies » The Chase: Bradley Walsh forced to step in over contestant’s answer blunder

The Chase: Bradley Walsh forced to step in over contestant’s answer blunder

Bradley Walsh was on hand to guide today’s batch of contestants through The Chase for their chance of taking home a share of the jackpot prize fund. However, the ITV host was left exasperated when one contestant kept mistaking the answer she had given for a different word despite Bradley’s numerous attempts to correct her.

Michael was the first contestant to face today’s Chaser, Shaun after earning £5,000 in his cash builder round.

He failed to secure his spot in the final and the next player followed suit as Rebecca missed out on the next round too.

Luckily, the third contestant was able to add some money to the jackpot prize fund after earning £4,000 in his cash builder round.

Read more: Bradley Walsh first wife: How many times has Bradley been married? 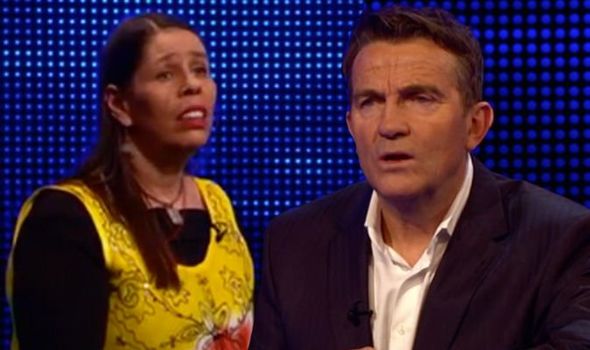 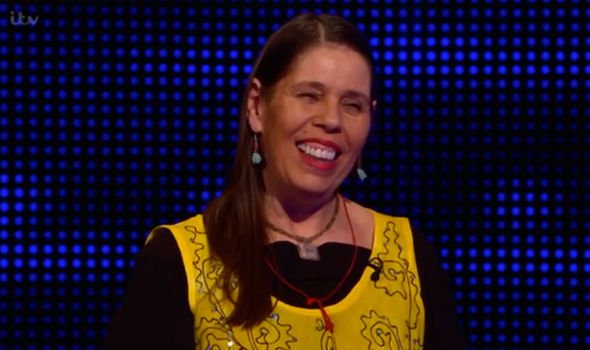 Asham was the final contestant to take on Shaun after surprising Bradley by revealing she had time living in a Buddhist monastery.

She scored just two questions correctly in her cash builder round but impressed the ITV host with her infectious personality and clever guesswork.

Her luck eventually ran out and Asham was down to a one question shoot-out with Shaun to secure her spot in the final.

“Where does a stevedore work?” Bradley asked before reading out the options of bullring, dockside and racecourse. 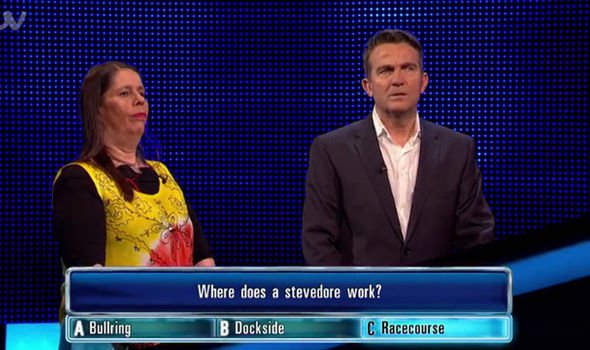 Assam chose the third option but confirmed to Bradley she had opted for “racehorse”.

The ITV quiz host corrected her and Asham cheekily joked: “Either one of them.”

Explaining her decision, she said: “Absolutely no idea, I know obviously bullring some might say there’s a similar word there.”

“I thought racehorse, we’ve had a racehorse theme today, so let’s go lucky, racehorse,” she added referring to Chris’ earlier admission that he owned a horse.

Bradley was forced to correct the contestant again before revealing dockside was the correct answer and she had been booted off the show.

The Chase viewers found the incident hilarious as one tweeted: “Tell her again Bradley for f**k sake RACECOURSE #thechase.”

“Me watching Asham during that chase there! Racecourse was an option and she kept saying racehorse! #TheChase,” a second said.

Praising the contestant, one viewer added: “Asham was a great ‘advert’ for Buddhism. So positive and full of life. Favourite contestant for ages. #TheChase.”

Someone else added: “Well #Asham #TheChase was very entertaining… I love people who are unashamedly just ‘them’ a one-off unique human being… I’d love her as a friend!!!”

Chris went on to tackle the final chase on his own and racked up an impressive 16 correct answers.

Shaun fell apart in the final and gave Chris nine opportunities to push him back and increase his chances of winning.

The last remaining contestant beat the Chaser and took home £4,000 after getting four of those push-backs correct.

The Chase airs weekdays on ITV at 5pm.