Over its six-season run, Community brought fans plenty of holiday cheer as it celebrated the season with unique, laugh-out-loud, musical bits. Here’s a ranking of some hilarious melodic moments from Community Christmas episodes, all of which are currently available to enjoy on Netflix. 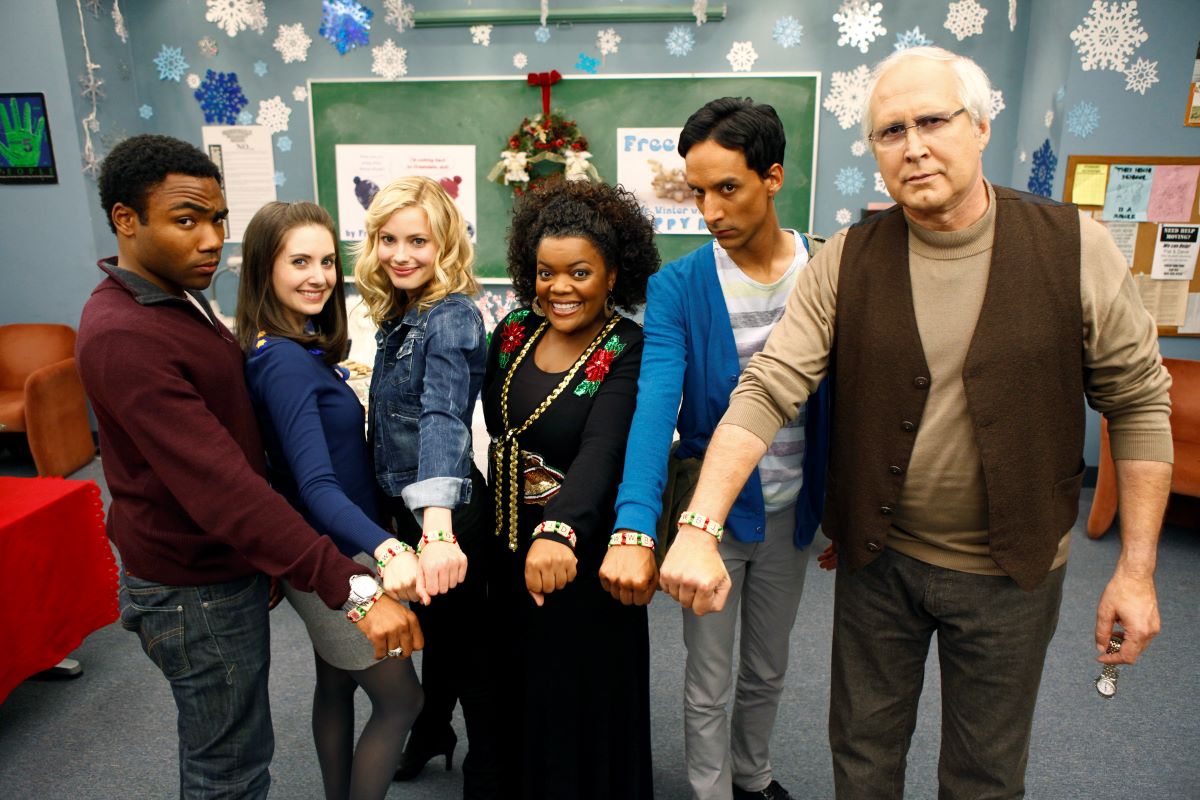 In the Community season 2 episode, “Paradigms of Human Memory,” the study group learns that they must take the place of the Glee club. No one was interested in participating in the Glee Club’s regional competition at first.

But Troy (Donald Glover) and Abed (Danny Pudi) fall in line. And they try to convince Pierce (Chevy Chase) to join by pandering to his “demographic’s documented historical vanity.” The two sing “Baby Boomer Santa,” switching costumes and genres of music for each era they cover. 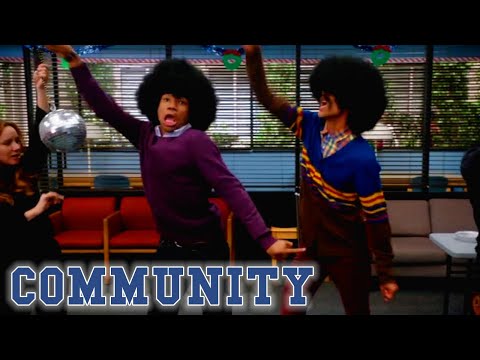 In another memorable moment from the Community Season 2 Christmas episode, “Paradigms of Human Memory,” Troy is conflicted about participating in the Christmas pageant as a Jehovah’s Witness. Abed convinces him that it would be OK as long as he was pretending to celebrate the holiday as a spy trying to “take down the holidays from within.”

The besties perform an all-out Christmas rap. And by the end of it, Tory is ready to join the Glee Club and head to “regionals.” This moment very well may have been the first time viewers witnessed Donald Glover, a now Grammy Award-winning artist, take to the mic and rap.

‘That’s What Christmas Is For’ from ‘Community,’ Season 2, Episode 11, ‘Abed’s Uncontrollable Christmas’

In the Community Season 2 episode, “Abed’s Uncontrollable Christmas,” Abed begins seeing everything and everyone in claymation. As he begins a therapy session with Duncan (John Oliver) and tries to discover the meaning of Christmas, the rest of the study group joins in his stop-motion Christmas visions.

After the crew takes an emotional journey through Abed’s animated world, they realize the holiday can mean different things to different people. And before Annie sets a self-destructing Christmas pterodactyl on Duncan, the group sings, “That’s What Christmas Is For.” 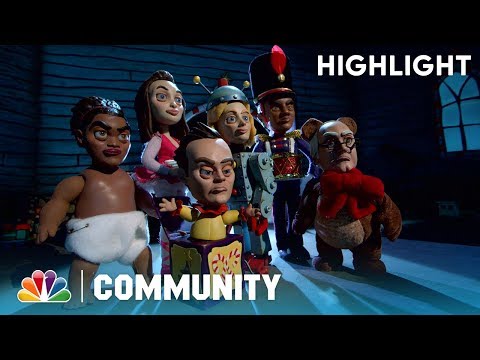 Community knocked the holiday ball out of the park in its first season. The season 1 episode, “Comparative Religion,” explores the study group’s faiths as Shirley (Yvette Nicole Brown) insists they all attend her Christmas party. Abed reveals that he’s Muslim, Britta (Gillian Jacobs) is an atheist, Jeff (Joel McHale) is agnostic, Troy is a Jehovah’s Witness, Pierce is a Laser Lotus Buddhist, and Annie (Alison Brie) is Jewish.

After realizing “everyone’s faith is weird” and that they “shouldn’t talk about it,” the crew heads out to support Jeff with his big fight outside. But the funniest scene comes at the end, when Abed decorates Troy like a Christmas tree, singing “Oh Christmas Troy” to the melody of “Oh Christmas Tree.” When Jeff sees the pair’s antics, he thinks they’re weird at first. But he eventually joins in as well.