Home » TV and Movies » 'The Golden Girls': Which Cast Members Are Still Alive?

'The Golden Girls': Which Cast Members Are Still Alive?

The show aired from 1985 to 1992, where fans quickly fell in love with the four Floridians sharing a home and plenty of cheesecake. One main cast member is still in show business and closing in on her 100th birthday. 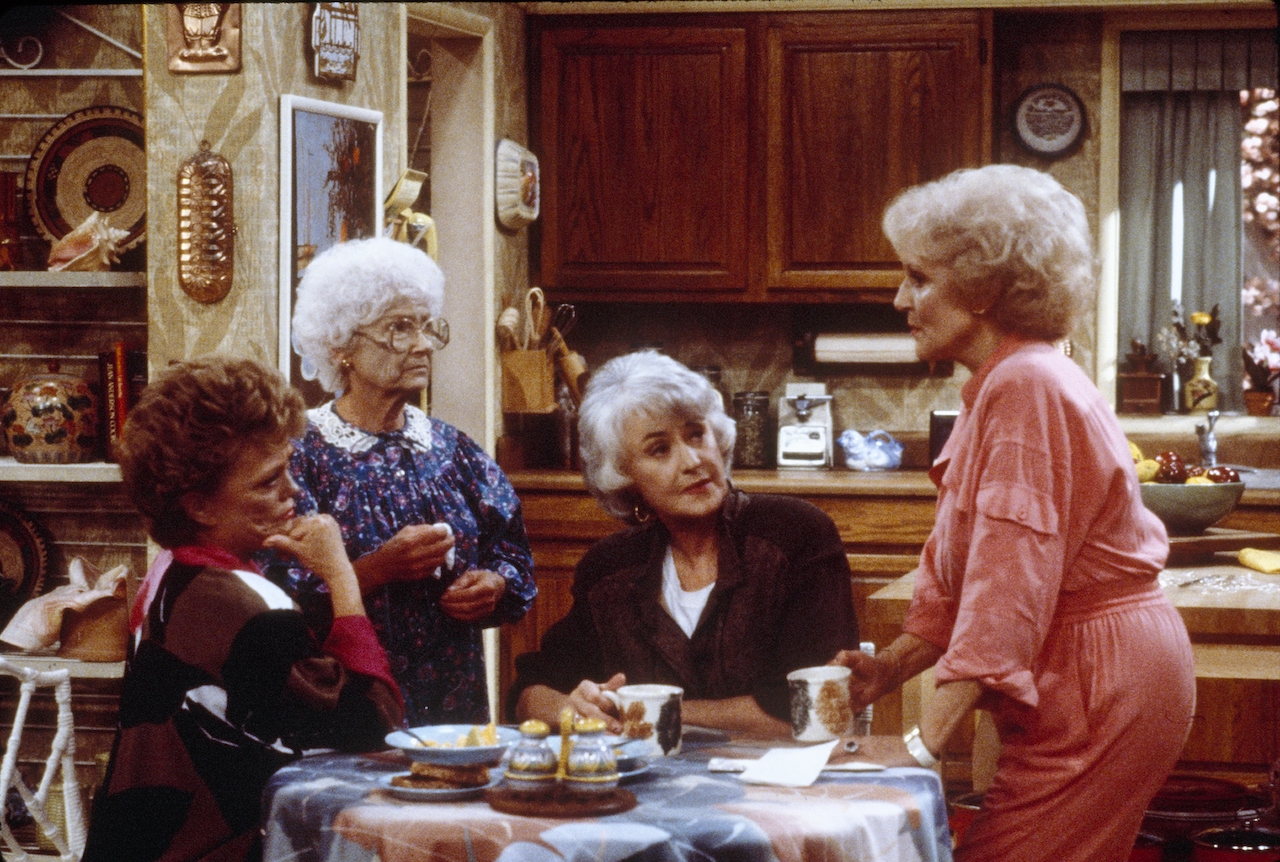 Bea Arthur was a seasoned actor by the time she joined the cast of The Golden Girls, with both Tony and Emmy Awards to her name. Born in New York City in 1922, Arthur had a memorable appearance on All in the Family as Edith’s cousin. The guest spot earned her a spinoff series entitled Maude, which launched in 1972 and ran for six seasons. One of the few assertive female characters in the ’70s, Maude resonated with fans and made her a household name. The role earned Arthur an Emmy in 1977 and three nominations.

Playing Dorothy Zbornak on The Golden Girls brought Arthur back into the spotlight. Her character’s acerbic wit and sarcasm was often at the center of each storyline. Arthur brought home another Emmy in 1988 for her role on The Golden Girls.

Ironically, Estelle Getty portrayed Dorothy’s mother, Sophia Petrillo, even though she was a year younger than Arthur. Born Estelle Scher, she auditioned for the role and was originally considered too young for the part, according to IMDb. When she was given another shot to try out for Sophia, she went to the audition in full costume complete with grey wig, senior-geared apparel, and makeup that added several years to her face. She nailed the part and went on to win an Emmy for Outstanding Supporting Actress in a Comedy Series in 1988.

Getty was married to Arthur Gettleman from 1947 until his death in 2004. They had two sons, Carl and Barry. The Golden Girls star reportedly suffered from dementia and died on July 22, 2008, three days before her 85th birthday.

Rue McClanahan and Arthur had previously worked together on Maude, where McClanahan played the title character’s best friend, Vivian. With an impressive list of film and Broadway credits on her resume, McClanahan had no problem embodying the saucy Southern siren Blanche Devereaux when she joined The Golden Girls. Originally named Eddi-Rue after both her parents’ middle names, the actor dropped the first half after being mistaken for a man, according to the New York Times.

Born on February 21, 1934, McClanahan was at least 10 years younger than her Golden Girls’ co-stars. She was nominated for an Emmy for Outstanding Lead Actress in a Comedy Series four times for her role as Blanche, and brought home the trophy in 1986.

McClanahan released a memoir in 2007, “My First Five Husbands … And the Ones Who Got Away.” She married a sixth time to Morrow Wilson in 1997. McClanahan also had a son, Mark, from her first marriage. She had several health issues near the end of her life including breast cancer, a minor stroke, and triple bypass surgery. McClanahan died on June 3, 2010, after suffering a brain hemorrhage. She was 76 years old.

Very few celebrities are as popular and beloved as Betty White. Born on January 17, 1922, White’s career began in the 1950s on the television series Life with Elizabeth. Moving on to hits like The Mary Tyler Moore Show, The Golden Girls, and Hot in Cleveland, White remains a fan favorite and has no intention of slowing down. White’s impressive professional bio includes film work, voice acting, and guest appearances in TV dramas. The comedy legend was also the oldest person to host Saturday Night Live in 2010. White also headed the Candid Camera-style show Betty White’s Off Their Rockers for three seasons.

According to Parade, White was set for the role of Blanche on The Golden Girls, with McClanahan selected to play Rose. When a producer asked the actors to read each other’s parts, they were clearly better suited for those characters. White has 21 Emmy nominations to her name, which includes five wins. She took home the award in 1986 for her role on The Golden Girls.

White was married three times but called her third husband, Allen Ludden, the “love of her life.” They were married from 1963 until Ludden’s death in 1981. She has no children and devotes much of her time to animal charities. White turns 100 in January 2022.