John Krasinski became a household name by playing Jim Halpert on The Office and, after being on the show for nine seasons, it’s likely that there are some things he missed about playing the character. When the show ended in 2013, Krasinski was asked what he would miss most and his answer was surprising. 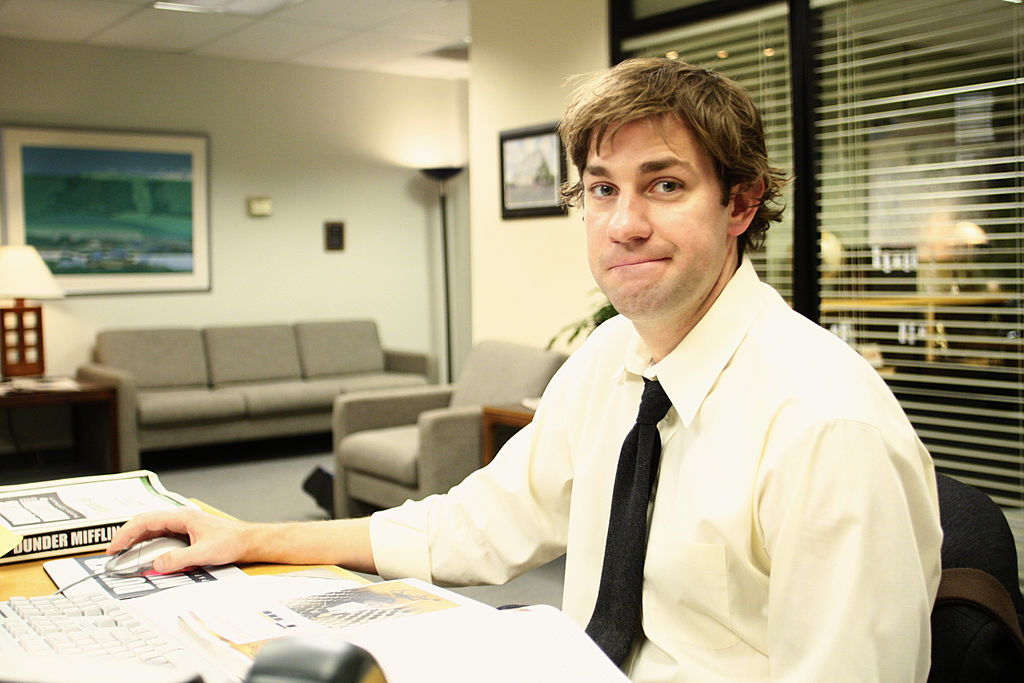 Krasinski called his time on ‘The Office’ a ‘lottery ticket’

For Krasinski, the role of Jim was life-changing. He was working as a waiter when he auditioned for The Office and when he landed the part, his career literally took off.

During the May 13 Office Ladies podcast, Krasinski shared his experience with the audition process, explaining that he was originally asked to audition for Dwight but knew that Jim was a better fit.

He also knew that if he didn’t get to audition with Jenna Fischer he wouldn’t have a shot at landing the role. Fischer summed up their chemistry perfectly. “The best explanation I could come up with was, what if you walked into a room and music started playing and you and another person just started dancing in unison even though you’d never met… that’s what it was like auditioning with you,” she explained.

This is the moment that really put it out in the open. #TheOffice

The actor shared what he’ll miss most

When discussing the show with Daily Actor in a 2013 interview, Krasinski was asked what he would most miss about playing Jim on The Office.

He called it a “big question,” noting, “there’s so much tomiss.”His answer, however, was moresurprising than you’d imagine. “I mean, for me, and I think probably more than theother cast members, I mean I was a waiter before this show, so what I miss mostabout this character is way too complexly entwined in my real life.”

“So to me, this was a winninglottery ticket, except with a winning lottery ticket you just get money, andwith this you get a whole change of your life. And everything about my life haschanged and become better, and I feel so lucky to be where I am.”

Given that, Krasinski said that “it’s hard to separate the two because I’m so sort ofmeshed in the experience.”

If he had to narrow it down, however, he shared, “I think the thing I’ll miss most is playing a character that people believe in so much and attach themselves to in various degrees.”

He continued, “There are some people who think they are Jim. There’s some people who are looking for Jim. And, you know I think to me, and I know to Jenna playing the Jim/Pam relationship and realizing how important it became to so many people was such a incredible honor that to think that there was a small part of my brain that really didn’t want to let anyone down every single week.”

He called it “reallyexciting” and a “tremendousresponsibility” to play Jim and provideviewers with what they wanted. “I reallywill miss [that responsibility] because it’s just so much fun to play acharacter that people are watching and rooting for and loving. So, I reallyappreciate that.”

We all know our theme song is legendary, but let's not forget how great our title sequence is! #TheOffice

RELATED: Jenna Fischer Reveals the Heartbreaking Pam and Jim Moments That Made Her Cry

Krasinski’s signature move on The Office was looking directly into the camera since part of the storyline was that the office workers were being filmed for a documentary. Some of Krasinski’s best moments were captured in those looks to camera, so naturally, it’s an element of the gig that he said he’d miss.

“I will miss it very much,” he shared. “I remember talking to Greg [Daniels, who developed The Office] in the first week about how he saw Jim as the window for the audience into this office that everyone could watch this office. But, they needed someone to tell them that it was okay to laugh at everything, and to see everything as a little bit ridiculous, and to me that was so much fun to play.”