Home » TV and Movies » The police arrive in EastEnders over Ranveer's murder – who's in trouble?

The police arrive in EastEnders over Ranveer's murder – who's in trouble? 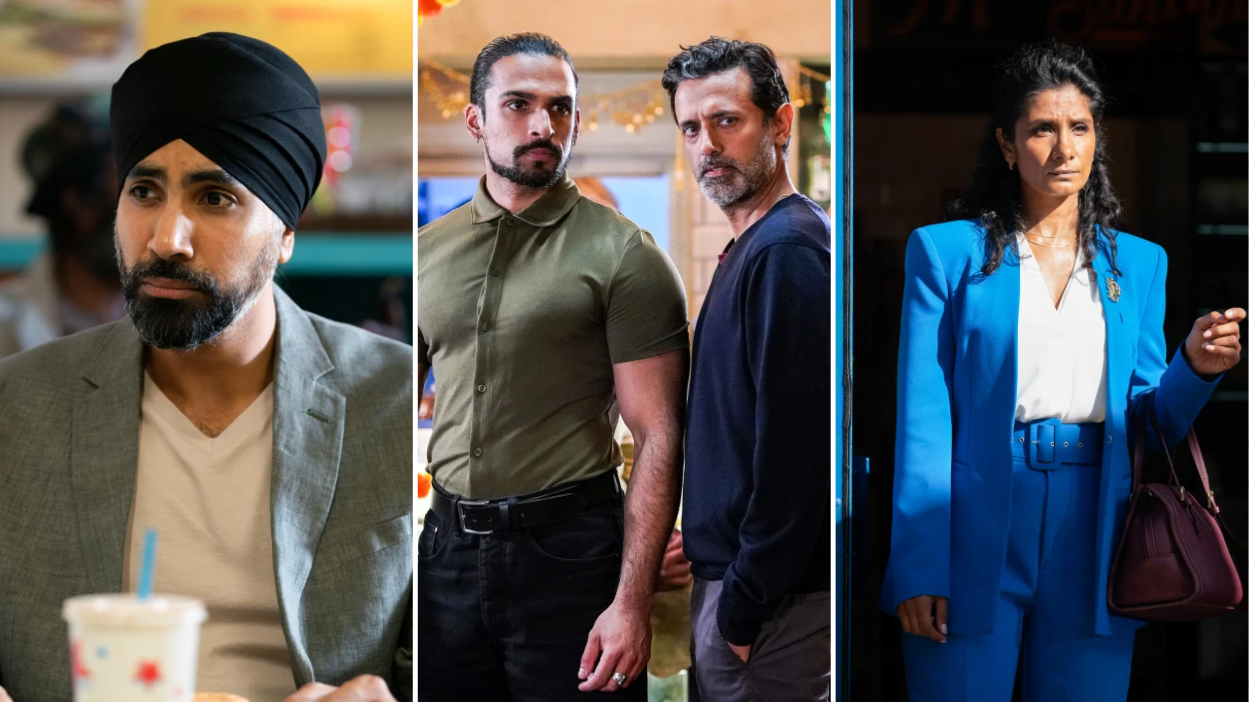 As Nish Panesar (Navin Chowdry) gets settled into life in Albert Square, there is one rather large secret yet to explode under the Panesars’ feet in EastEnders – what really happened to Ranveer.

We know, of course, that Ravi (Aaron Thiara) murdered Ranveer a few weeks ago, but he’s tricking Suki (Balvinder Sopal) into thinking she did it instead.

This has caused Suki’s mental health to spiral but if anything – the ordeal for her is only really just beginning.

Next week, Nish announces to Ash (Gurlaine Kaur Garcha), Kheerat (Jaz Deol) and Vinny (Shiv Jalota) that the family are coming to Walford East for Diwali.

During the conversation, Ash gets a phone call and learns Nina (Hersha Verity) needs time away from the surgery as she is going to the police station, which immediately causes Ravi to assume she’s going to enquire about Ranveer going missing.

As the day continues, Ravi is interrupted by two police officers who have started an investigation into Ranveer disappearing.

After being questioned by a suspicious Kheerat, Ravi meets up with Nina and confronts her about going to the police, but she reminds him that it’s all part of the plan.

Could this lead to Kheerat being in danger if he continues poking his nose into Ravi’s business?

As the police start sniffing around, how long will it be until someone slips up?