The Story Behind That 'Little Fires Everywhere' Surprise Ending

Little Fires Everywhere, the Hulu limited series starring Reese Witherspoon and Kerry Washington, ended on an explosive note—especially if you've read the best-selling novel by Celeste Ng the series is based on. (Warning: Spoilers ahead.) In the finale, we learn that Elena and Bill Richardson's eldest children, Trip, Moody, and Lexie, are responsible for the fire—not Izzy, like the book. Here, Liz Tigelaar, showrunner and executive producer, reaveals the reasoning behind the switch.

"And then, somehow, the house burns down…” This was a common phrase in the Little Fires Everywhere writers’ room, as, episode after episode, we kicked the ball down the field to avoid answering the burning (pun not intended) question at hand: Who started this fire? As basically reasonable people, we could all acknowledge that arson is an extreme move. For anyone. It’s one thing to read about someone doing it…but seeing it? It was a hard sell.

In the first sentence, on the first page, of her book, Celeste tells us that Izzy burned down the Richardson house. The mystery isn’t so much in the who as in the why and the how. But to sustain a series—even a limited one, like ours was—we felt we needed that driving question, that who, as an overarching mystery to be solved.

So when I began to craft the Little Fires Everywhere pitch back in 2018, I knew I wanted to go even further with the ending. To make it even more layered and complex. Everyone who had read the book would think they knew what was coming—I wondered if we could somehow manage to surprise them, while still maintaining the spirit of the ending they so loved. With that in mind, I began to dive in. 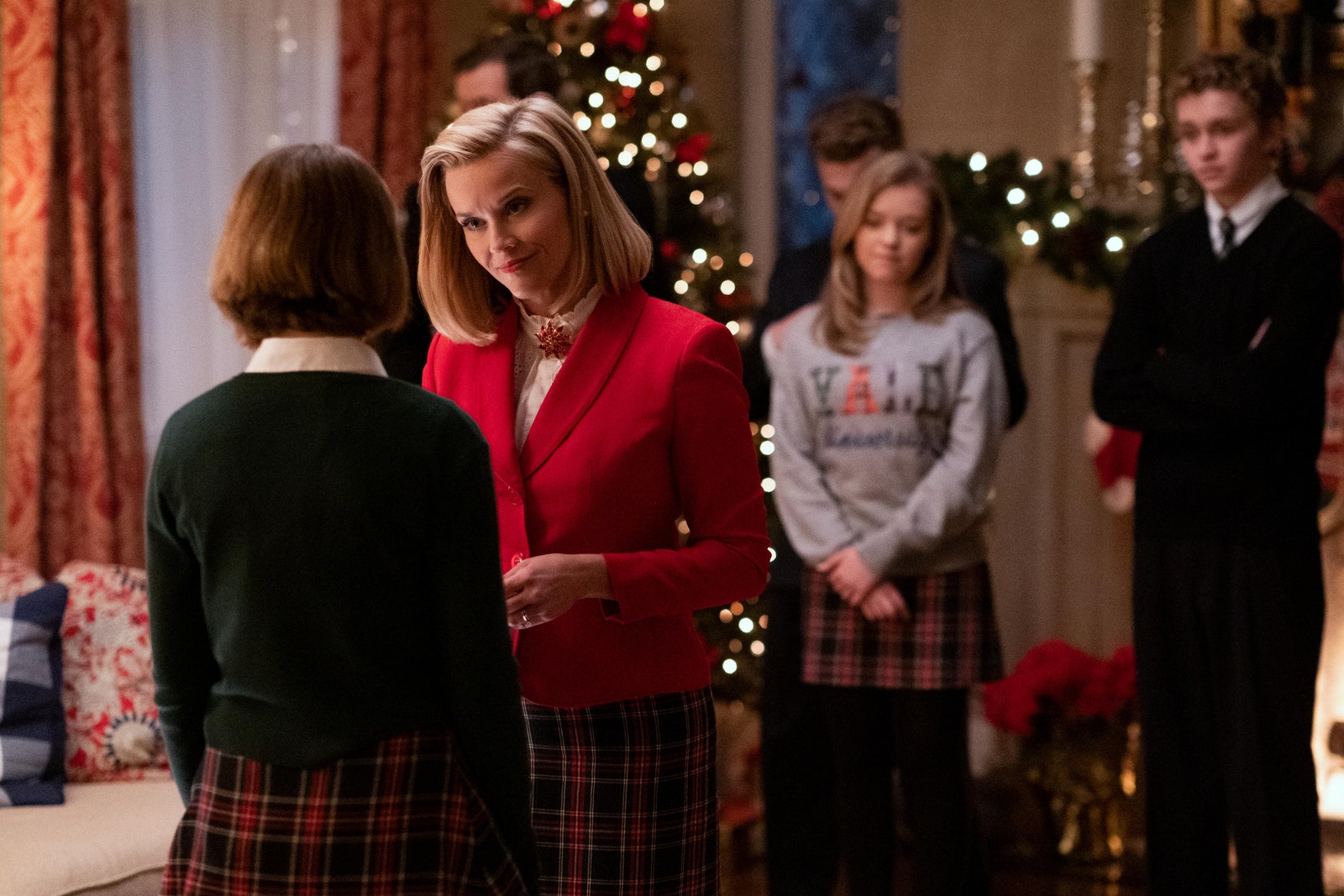 My first thought was that Elena could set the fire. It would be the arc of all arcs. She was the character that would have to go the farthest, emotionally, to do it. It would be the biggest challenge but also the most significant journey. Was it believable, though? Or was that an arc too far for her to travel? I just didn’t know.

Part of why audiences accepted Izzy burning down her house was because she’s an impulsive, misguided, and suffering teenager whose prefrontal cortex is still a decade away from being fully developed. She doesn’t think about the consequences of her actions in the same way that an adult does; she’s fueled by this all-consuming rage, pain, isolation, and loss.

What would fuel Elena to do the same?

I thought of Mia’s words to Izzy in the book, “Sometimes you need to scorch everything to the ground and start over.” To burn the soil, to make space for something new. It felt like it was from scorched earth that Elena would change…which meant she couldn’t very well do the scorching. But if not her, then who?

Could it be Lexie? Or Trip? Or Moody? Or…all three of them? 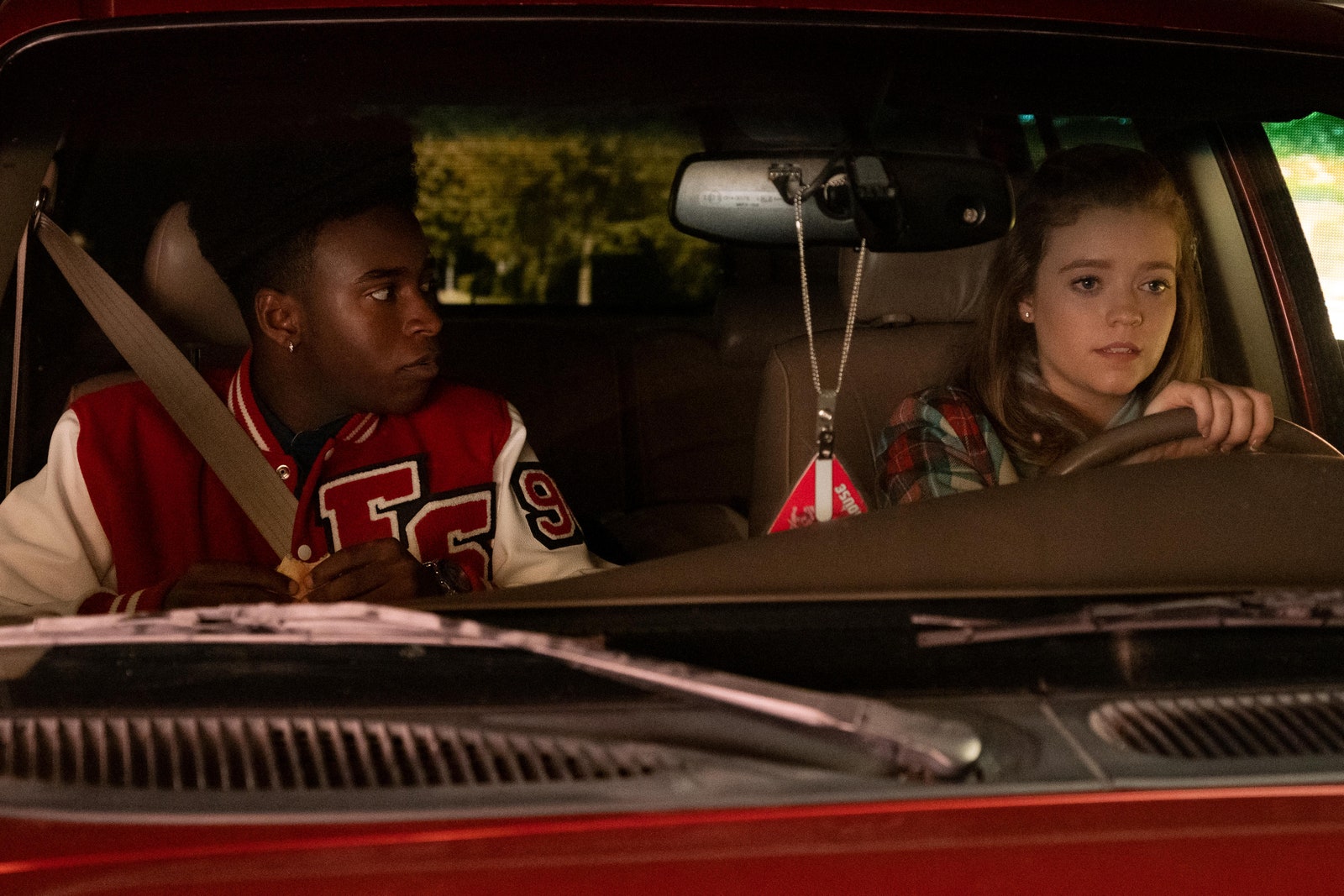 I brought the idea into the writers’ room, and we did what you do with any big idea: We kicked the tires on it, decided it was terrible, and then thought of every other person it could possibly be. Mia? Pearl? Bebe? Linda? Bill? Anyone else, really?

When no one answer seemed any more obvious than the next, we jokingly started to refer to it as a “writer’s problem”—which usually means a small detail to be worked out in the script. This, of course, was no small detail. It was the crux of our series, and the culprit of what would be months of sleepless nights for me and Amy Talkington, who was writing our finale.

But the idea of Izzy’s siblings rallying together to finish what she had started just wouldn’t leave me. It was an ending that made me dig my fingernails into my palms while I pitched it to the room, to stop myself from getting teary. That kind of emotion was something I could hold onto.

So we decided to commit—at least for the time being—to the three kids starting the fire. And, in the spirit of renowned poet Rilke, we tried to live our way into (that ending as) our answer. 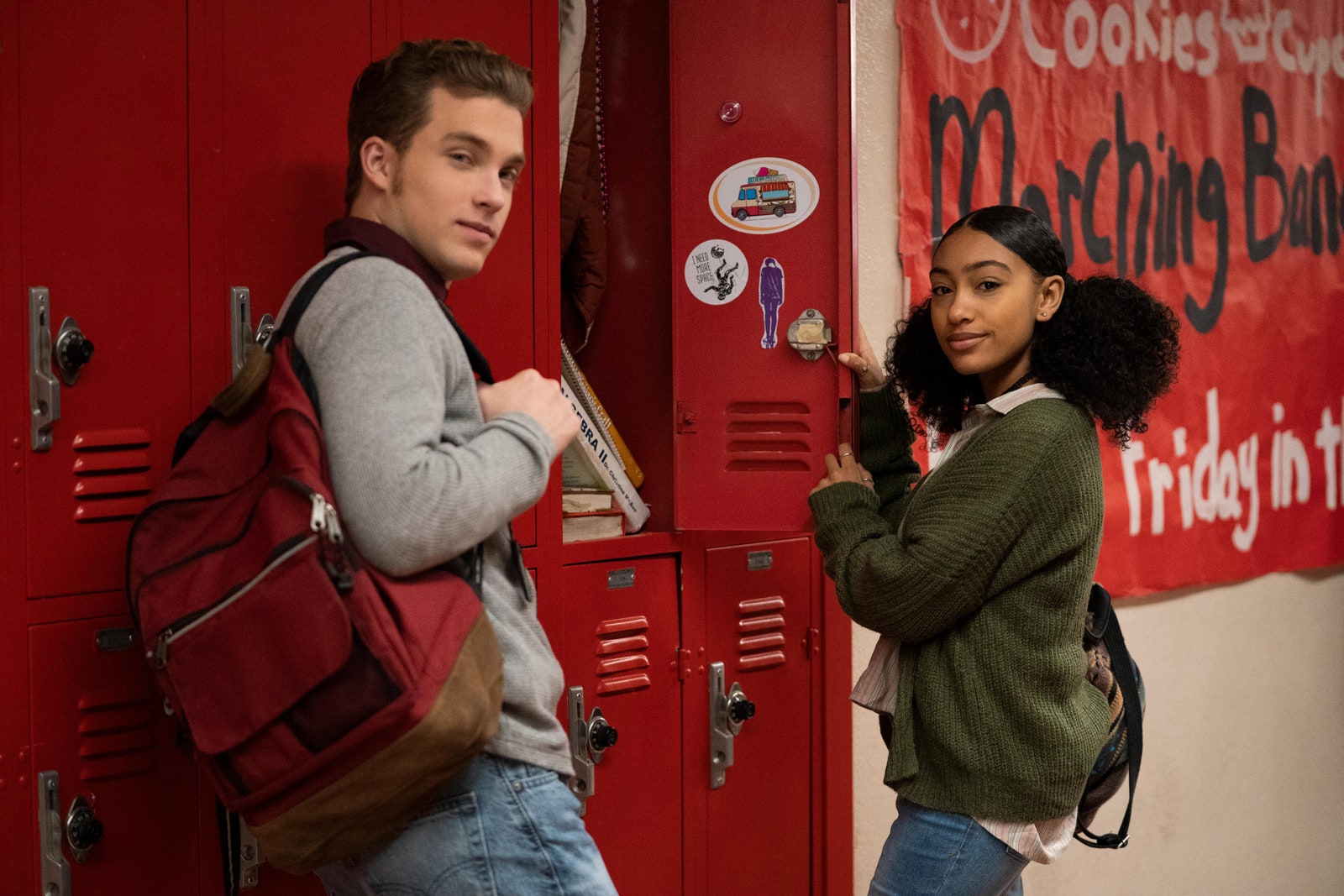 In our series, we set out to isolate Izzy even more than she had appeared in the book. To show that, among her siblings, she really was the black sheep. Even Moody would only stick up for her when he knew it would cost him nothing.

We sharpened the degree to which Lexie was created in Elena’s image, regurgitating Elena’s beliefs, unable to see her mother’s blind spots because she had learned them as her own. We dug even deeper into the Yale essay transgression, highlighting Lexie’s entitlement and privilege, the unspoken differences between her and her boyfriend, Brian.

We set out to show how Moody, too, was like his mother, believing that if you do kind things for kind people they owe you. That they are indebted to you. And how, maybe, just maybe, you could even start to believe that they belonged to you (however sick and twisted that logic might be).

We strove to show Trip’s first real love and first heartbreak. That the one person who finally saw him the way he wanted to be seen—versus the way his family had decided to see him—was suddenly gone because of his mother.

We built a story where Mia became Izzy’s life raft. She was the one person who made her feel loved, seen, and understood–and, without whom, Izzy’s very survival felt at stake. 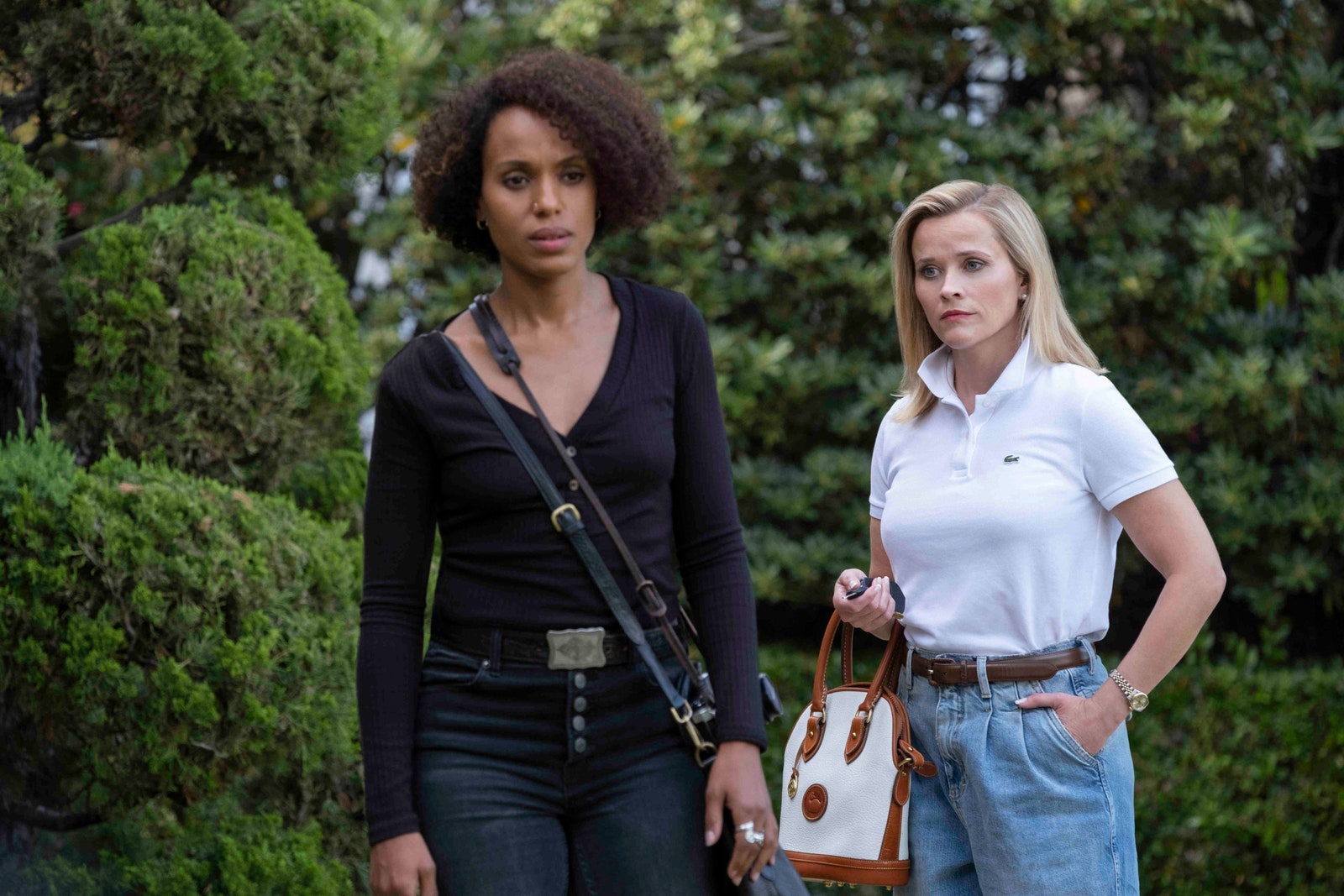 We decided to tell that story, piling up those realizations, in the course of one night, when emotions were at their highest and no one had time to think about things like consequences or feelings. We wanted to create the sense that time was running out, that everyone could only react to what was right in front of them. And then we built to a fever pitch where truths could be uttered, even screamed. Where every sound felt almost animalistic—be it Bebe’s wails, Izzy’s rage, or Elena’s last futile attempts to hold on to everything that, for the last 15 years, she had worked so hard at building.

All season long we had seen Izzy fight to rid herself of those things which weren’t reflective of her own identity—the “Rachel” haircut, the floral orchestra dress, those goddamn tartan Keds. Those things that epitomize who she isn’t and who her mother is determined for her to be. But now, in the finale, Izzy has had it. She is done trying to be who Elena wants her to be. And when she can’t throw out all of those things, she remembers Mia’s words and resolves to burn them instead.

It’s a message. A stance. A rage-fueled proclamation of who she was born to be. 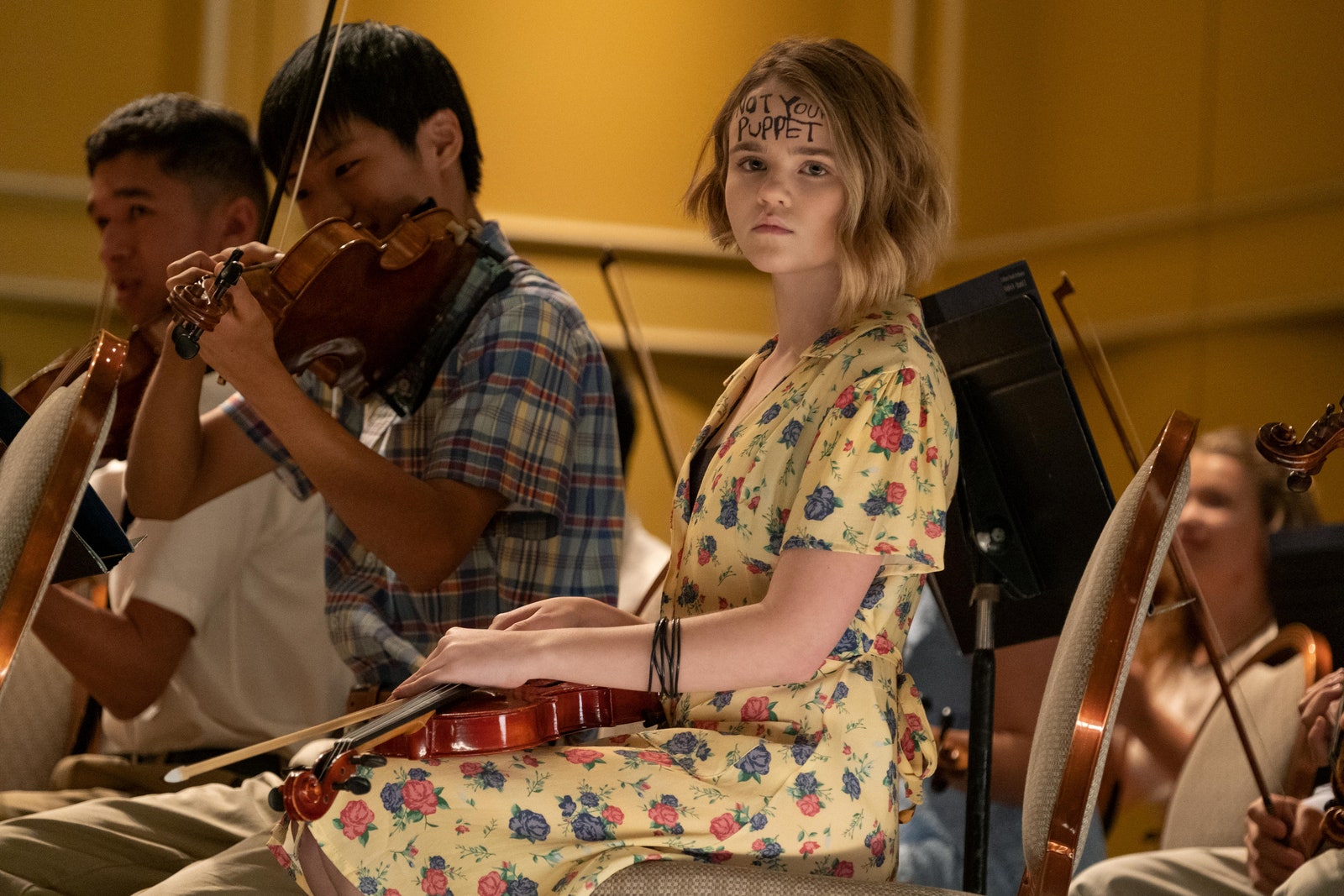 But, of course, her siblings discover her before she can do that. Even worse, her mom does too. What transpires is this raw and ruthless exchange, with both yelling truths the other never wanted nor were intended to hear: Izzy is clear, for the first time, about exactly who she is, and about the mother she wishes she had; Elena divulges the painful truth that Izzy’s always felt and secretly feared—that Izzy was never wanted.

When Lexie, Trip, and Moody hear this, everything changes. Finally, for the first time, they are able to see their mother through Izzy’s eyes. And in their silence and complicity, they see who they, themselves, have become in this house, sculpted by Elena’s views. It’s a shameful realization and one that pushes them to finish what their sister has started. To want to burn down this house and all of its trappings. This cage that’s molded and mutated them.

In burning down the house, they are burning down these versions of who they have been, hoping desperately they can grow into something better, and sending up a smoke signal to Izzy. Telling her that it’s safe to come home. That they are ready to see, accept, and understand her now. The cage has been broken, and they are all free. They can burn these images of who they were, of who Elena wanted them to be, and, in the process, they can become something better. More full. More real. As a family. 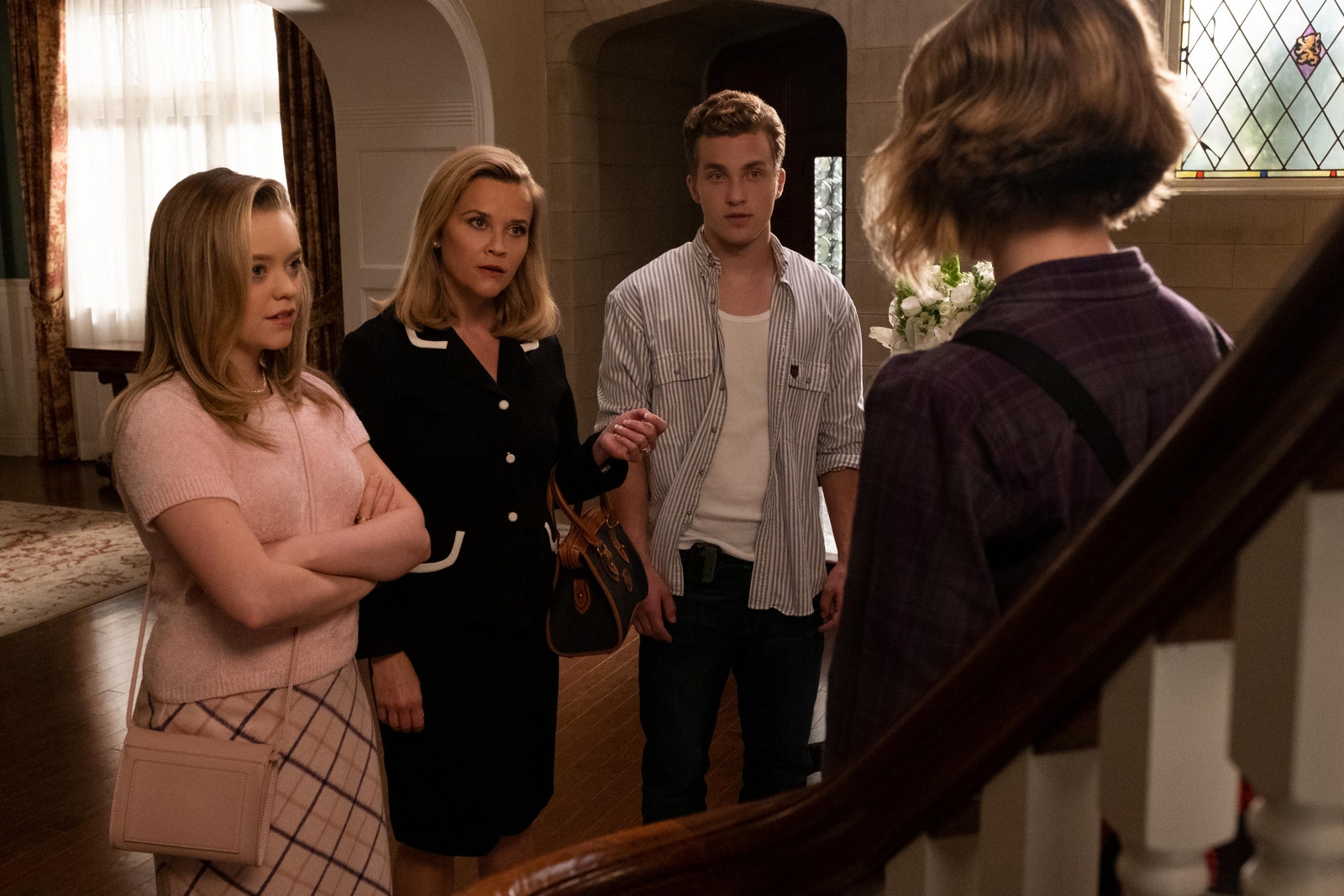 So back to the initial question: Who started this fire?

It reminds me of that scene from Into the Woods: "It’s your fault…" "No, it’s your fault!" Yes, Izzy poured the gasoline. Her siblings lit the matches. But Elena was the spark that ignited the fire.

In a way, Elena did start the fire, as crazy as that initial pitch might have been. She poured the gasoline the very moment that she called the police on Mia and Pearl, and, through her words and actions, continued to fan the flames throughout the rest of our series. Each strike, a match. In the end, as she watches her world—the only world she’s ever known—burn down to the ground, Elena realizes that the very person she never wanted is the only person who was brave enough and strong enough to set her free.

Liz Tigelaar is the showrunner and executive producer of Little Fires Everywhere.