In this edition of Theme Park Bits:

As the COVID-19 pandemic becomes…well, let’s say at least more reasonable in the United States, restrictions on a state-by-state level continue to be removed. One of the most cautious states – at least on the level of hygiene theater – has been California. Governor Gavin Newsom recently confirmed that because the state continues to see dropping COVID cases and hospitalizations, out-of-state travelers will be permitted starting on June 15. And a few days ago, the Disney Parks Blog confirmed Disneyland will follow suit and welcome out-of-state travelers starting on that day. That update also clarified the theme-park reservation system Disneyland has introduced has extended to 120 days out, in case anyone out there is ready to start planning their Halloween vacations. (Or, at least, early fall.) 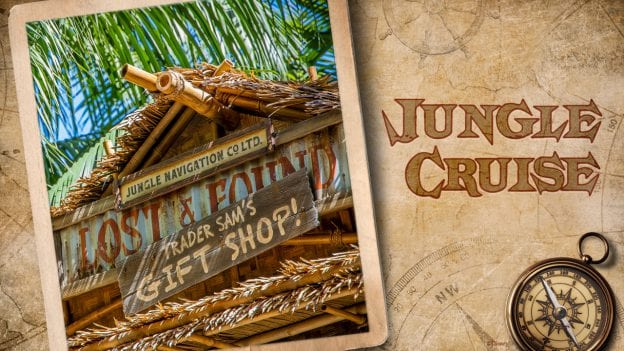 In both Disneyland Park and the Magic Kingdom at Walt Disney World, one of the biggest changes going on this summer is centered around the Jungle Cruise attraction in Adventureland. Now, with the arrival of the Jungle Cruise movie starring Dwayne Johnson and Emily Blunt (and, per a recent trailer, a gleefully German-accented Jesse Plemons), it’s no surprise that the attraction will be the center of attention this summer. But Disney’s Imagineers have been hard at work updating the attraction to remove some of its more antiquated (read: racist) elements and aspects. At Disneyland, the updated attraction will open on July 16, just two weeks before the film is released. In the Magic Kingdom, updates will be made all summer, but guests can keep experiencing it both before and after its updates. Some folks (read: racists) are mad about these updates, but while this writer isn’t a huge fan of Imagineers injecting story into rides that don’t always require it, there’s every reason to keep this attraction more modernized and less…well, racist. I can’t wait to ride the new version myself.

Let’s head over to Orlando for our next couple of stories. As you may know, one of the many effects of the pandemic last year was the delay of the Summer Olympics in Tokyo, Japan. As of this writing, the Olympics are now slated to take place in the summer of 2021 (though that still seems…uh…aspirational, based on the various whisperings and stories coming out in Japan). And here in the States and beyond, the place to watch them will be on the networks of the NBCUniversal/Comcast conglomerate. So on one hand, it’s no surprise that Universal Studios Orlando now has a special Olympics-themed nighttime show that began playing during Memorial Day Weekend. (You can see the full version via the Orlando Informer Twitter account.) But seeing as the decision on whether or not the Olympics will happen this year seems like it’s coming down to the wire, this is…well, a bold choice if nothing else. Hopefully they don’t get pushed again.

Speaking of Orlando, though, there’s more good news about the effects of the COVID-19 pandemic itself. Just as California is easing restrictions based on dropping cases and hospitalizations, the same is true of Orange County…Orange County, Florida. (Yes, if you didn’t already know, Walt Disney World is located in Orange County. And so is Disneyland. Just…the California one. Anyway.) Orange County Mayor Jerry Demings recently confirmed in a press release that the county’s COVID positivity rate is at 4.7%; since it’s below 5%, the county can now lift mask mandates and restrictions. That, of course, doesn’t mean you shouldn’t still be cautious and safe, but these are numbers that most states and counties would’ve envied this time last year. Any low numbers like that are always good news, especially for travelers. 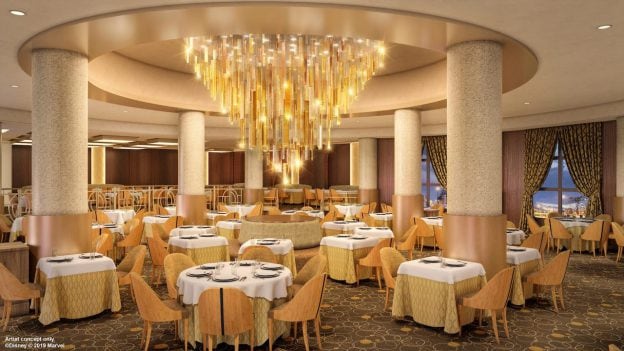 For our final story of the day, let’s cross the pond and head over to Paris. Disneyland Paris, that is. With their new hotel, Disney’s Hotel New York – The Art of Marvel (what a mouthful that is), set to open on June 21, the Disney Parks Blog sat down with Sylvie Massara and Thomas Muller, two Imagineers from the Parisian office, to talk about a distinctive visual touch: the chandelier you can see in the photo above, located in the Manhattan Restaurant. Massara and Muller note that the chandelier is meant to recall both the skyscrapers of actual Manhattan and the realm of fictional Asgard. If nothing else is true, this design touch speaks to how subtle some of the Marvel connections are going to be in this hotel.