Home » TV and Movies » This Morning viewers in tears as Phillip and Holly give a laptop to eight-year-old carer Phoebe, who looks after her mum – The Sun

This Morning viewers in tears as Phillip and Holly give a laptop to eight-year-old carer Phoebe, who looks after her mum – The Sun

THIS Morning viewers were left in tears as Holly Willoughby and Phillip Schofield gave a laptop to full-time carer Phoebe, who looks after her mum.

Eight-year-old Phoebe George looks after her mum Charlene who has ARVC disorder and does everything around the house from cooking spaghetti Bolognese for tea to bathing her two sisters Olivia, 6, and Emily, 4. 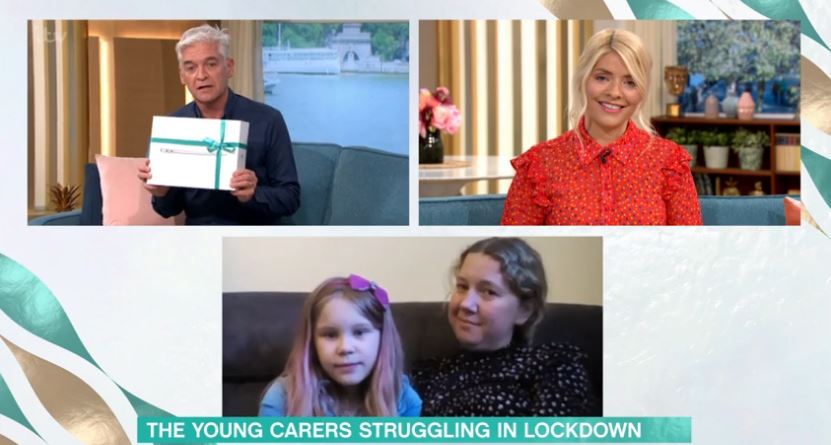 Charlene's disorder means she gets tired very easily and is very breathless and she is currently shielding at home during the coronavirus pandemic.

That means that the help and respite Phoebe usually gets from a carer coming in has been cancelled to shield Charlene from the virus.

"I do the stuff that mummy can't do when she's breathless like putting the laundry in the washing machine, hoovering and sometimes even the washing up," Phoebe from south west London explained.

"I wash my sisters' hair and I bath them and I do a lot of cooking, My favourite things to cook are pastas, beans on toast and cakes." 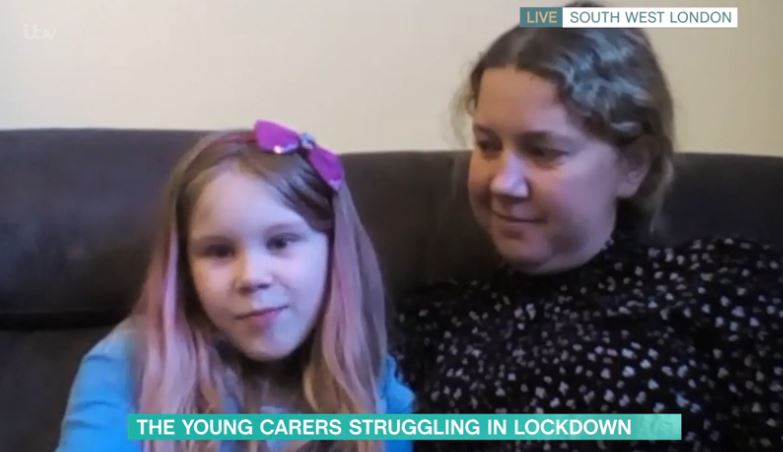 Charlene added: "It's so important, I struggle every day and she's been amazing and she just gets on with it, she doesn't complain."

Holly told Phoebe: "You are extraordinary, well done you."

And Phillip revealed they will be sending her a brand new laptop and the new Harry Potter Lego set.

Viewers were in floods of tears hearing about Phoebe who is one of 800,000 young carers in the UK. 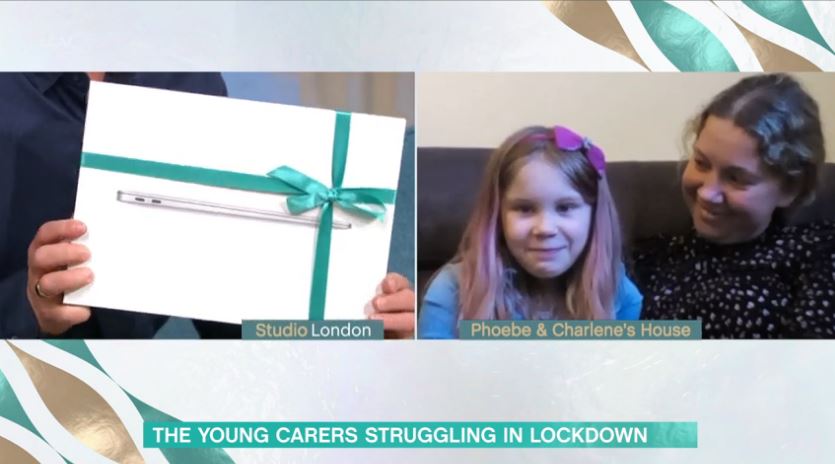 "I know there must be thousands just like her, but I’ve just seen Phoebe George on #ThisMorning and I am amazed by her, what an amazing young lady. These kids go unnoticed and deserve a lot of recognition, so well done @hollywills & @Schofe

for highlighting and making her smile," one viewer tweeted.

"Phoebe is one special little girl… bless her," another added.

"Phoebe George you are amazing! Well done you," a third wrote.