The rules weren’t easy to follow for the cast of Too Hot to Handle so that led to multiple punishments. The Netflix show also changed with time and the producers revealed the reason for that. Find out how they wanted to be “meaner” to the cast and what the cast members had to say about following the rules.

The ‘Too Hot to Handle’ cast was surprised by the rules 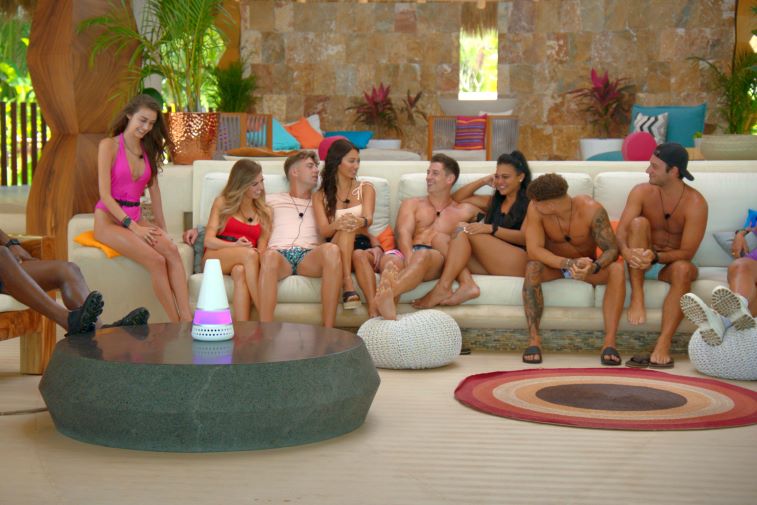 “They said it was a dating show, so I instantly assume, ‘Okay, Love Island vibes, maybe. I go in, I meet a fit boy, might come out with a boyfriend,’” she told Collider. She then gave her reaction to the big twist.

“Then it just did a complete turn, and it’s the complete opposite in terms of how I pictured myself finding someone because you’re not allowed to do anything,” the reality star said. “So yeah, I thought I was gonna find someone and, you know, we had bits and pieces of people, but people have to stay tuned and watch how my journey turns out.”

“I think my best asset is my personality, but the eyes also go to the boobs.” Follow @francescafarago Too Hot To Handle is now streaming.

It didn’t take long for the cast to realize how they’ll be punished for breaking the rules. They first got $3,000 deducted from their $100,000 prize for people kissing.

Later in the season it was revealed oral sex led to $6,000 deducted, and intercourse led to $20,000 deducted. One person who broke the rules repeatedly is Francesca Farago, but she said she doesn’t regret it.

“Because Harry and I connected so early on, everyone expected us to break the rules first. We were so strong from Day 1. I didn’t go into the competition thinking that I would be the first person to break the rules. I just thought, ‘If I want to kiss him, I’m going to kiss him,’” she told TVLine.

The producers decided to be ‘meaner’ to the cast

“I’m Kelz and I’m king of the jungle” Follow @kelechidyke Too Hot To Handle is now streaming.

Things got a little easier for the cast with time. The cast got watches and when they turned green, cast members would be allowed to kiss. This acted as a reward for couples who were genuinely making a connection. But the producers talked about how they originally were going to be nicer.

“We had the idea that the watches would exist [from the beginning], but we actually were going to be a bit meaner,” executive producer Viki Kolar told The Wrap. “Eventually, we decided that they should be rewarded and the watches would serve as a nice counterbalance to losing the money. So it was kind of a carrot and a stick scenario. Every tool that we used was based on this particular group of people.”

The watches weren’t the only perks in the game. The cast also got the chance to win money back by having the couple who broke the rules the most staying together for a night. If they didn’t touch then money would be added to the cash prize. The full first season is now available on Netflix. It’s still unclear if the show will get another season.