TOWIE'S Saffron Lempriere fell face-first into a puddle after getting caught in London's flash floods on Sunday.

Luckily the reality star was able to see the funny side, and she and co-star Bobby Cole Norris splashed about in the heavy rain. 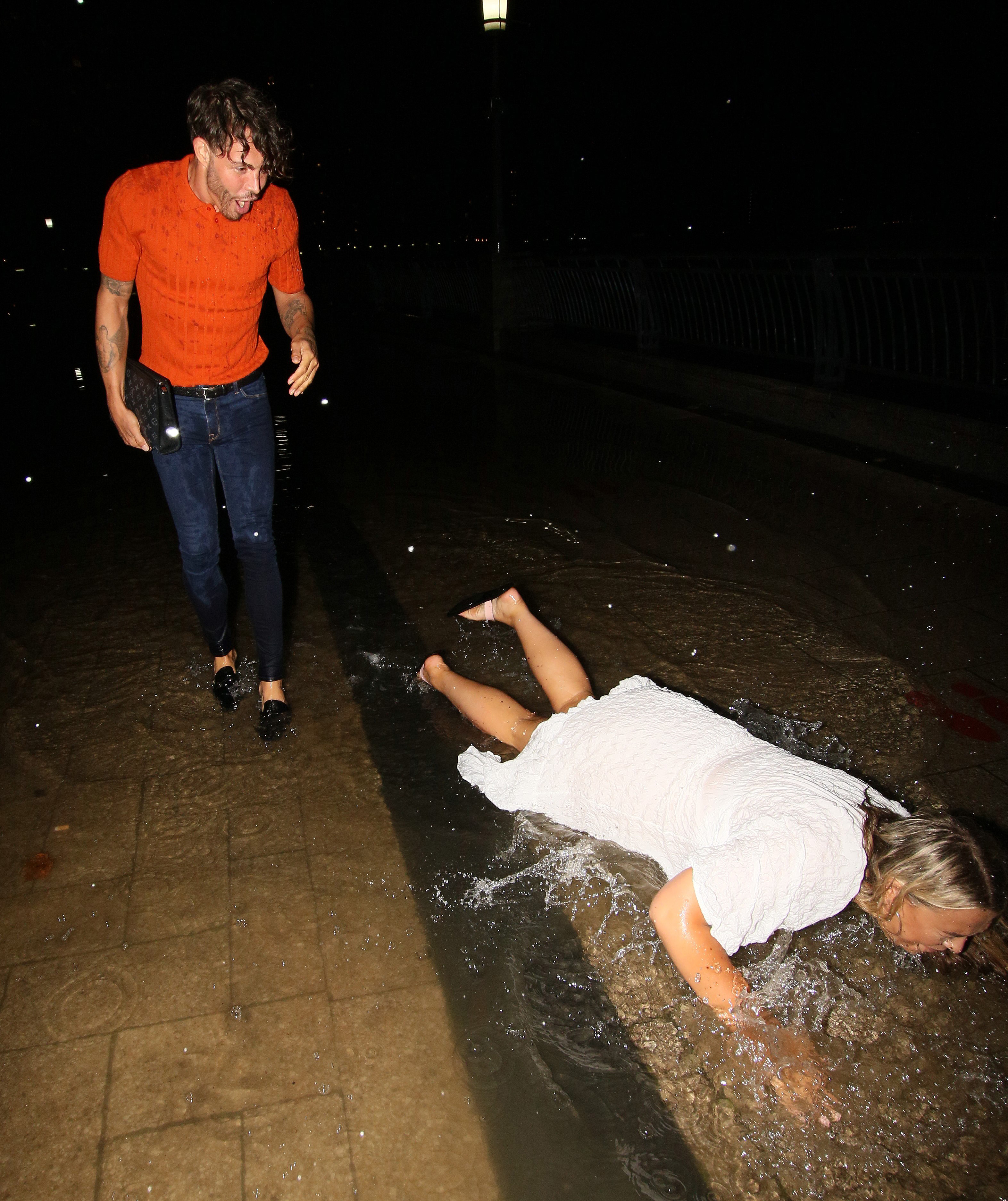 At one point Saffron landed flat on her face as she took a tumble on the flooded footpath.

Bobby did his best to help his Towie co-star up, but it didn't take long before the pair – who had been dining at Goucho in Canary Wharf, London – decided to just embrace the wet weather.

Saffron splashed Bobby by kicking some water towards him while Bobby quickly got his revenge by soaking the blonde even further.

The blonde later told her Instagram followers that she and Bobby had got caught up in a "monsoon" and was now "drenched". 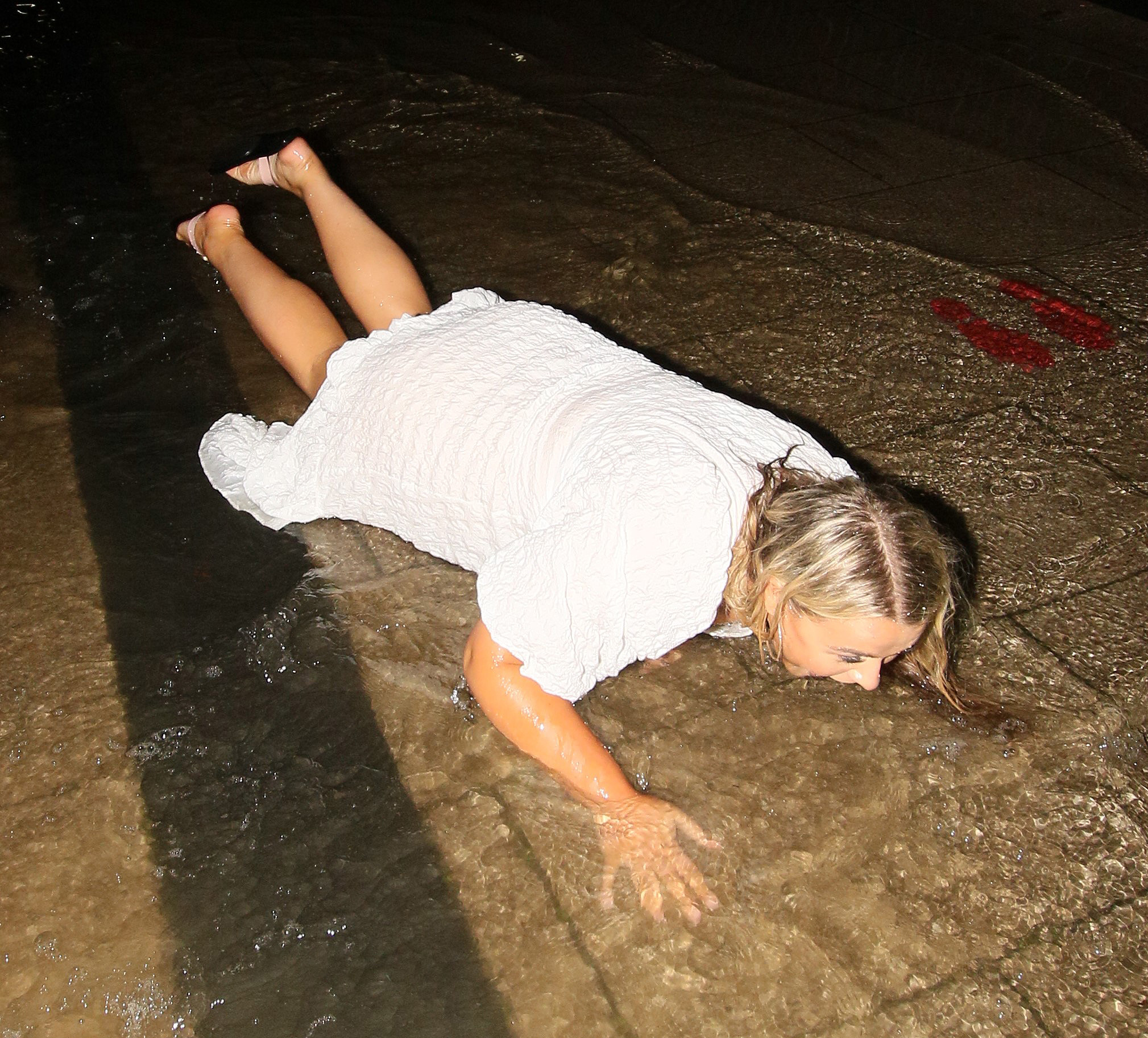 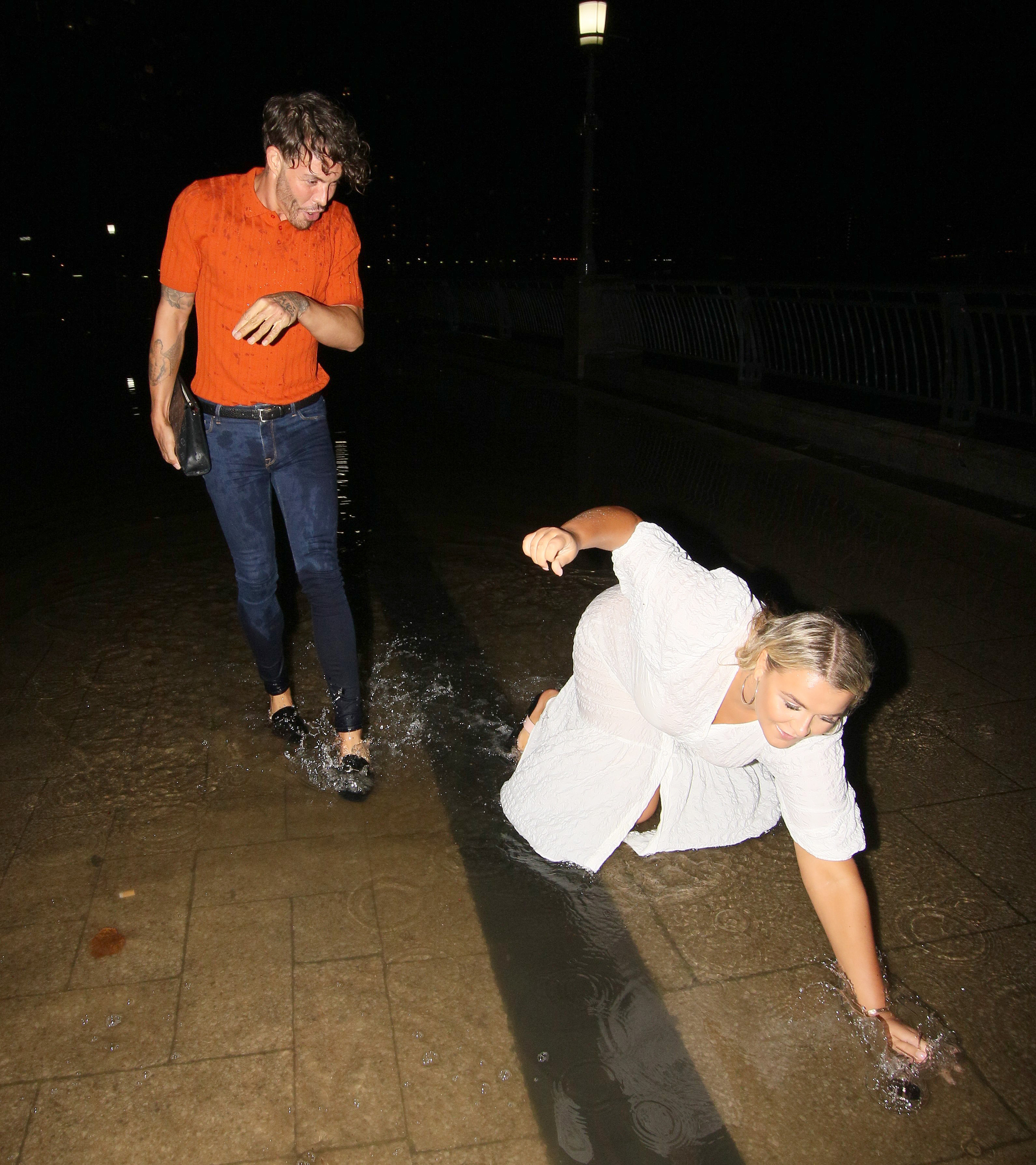 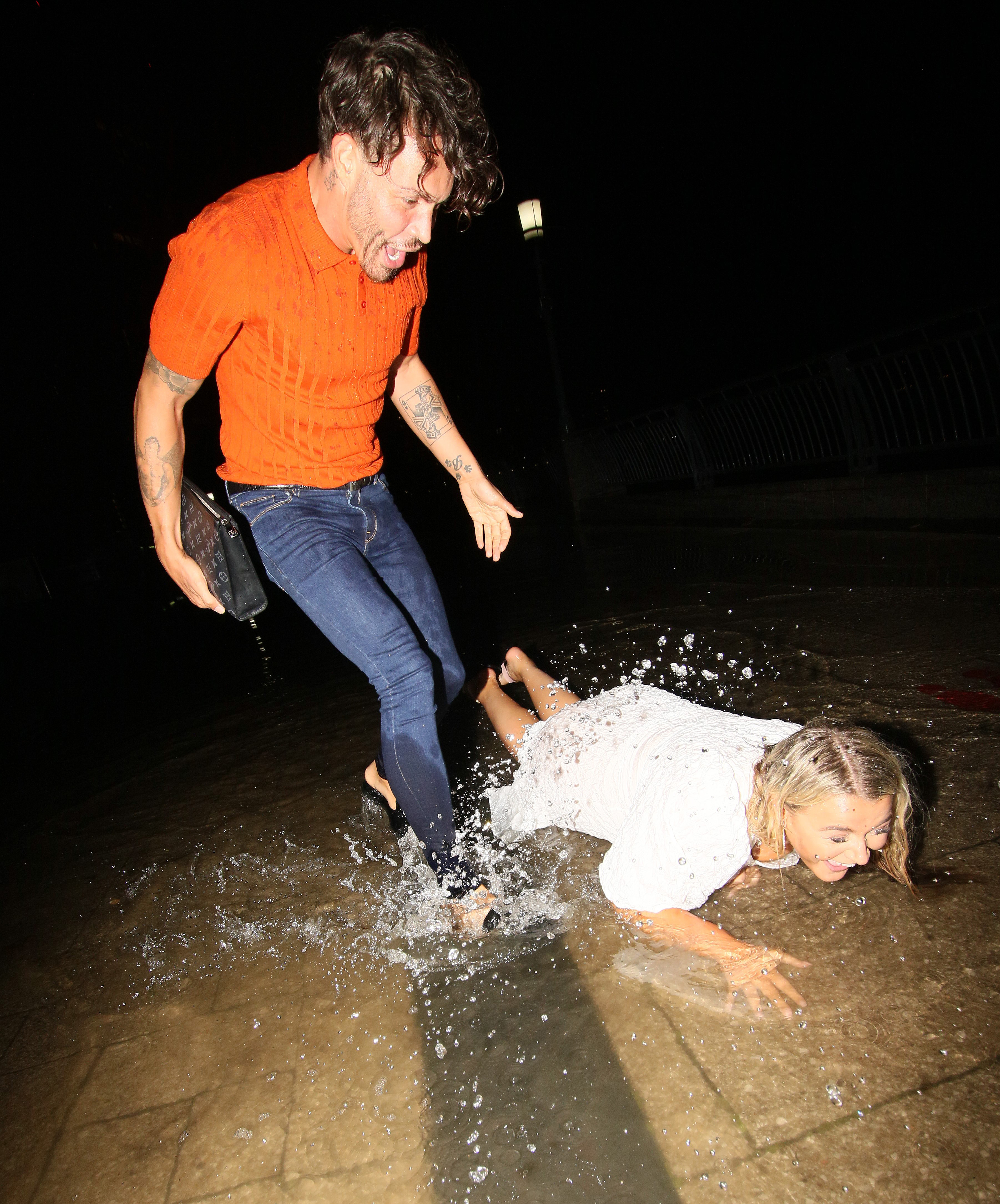 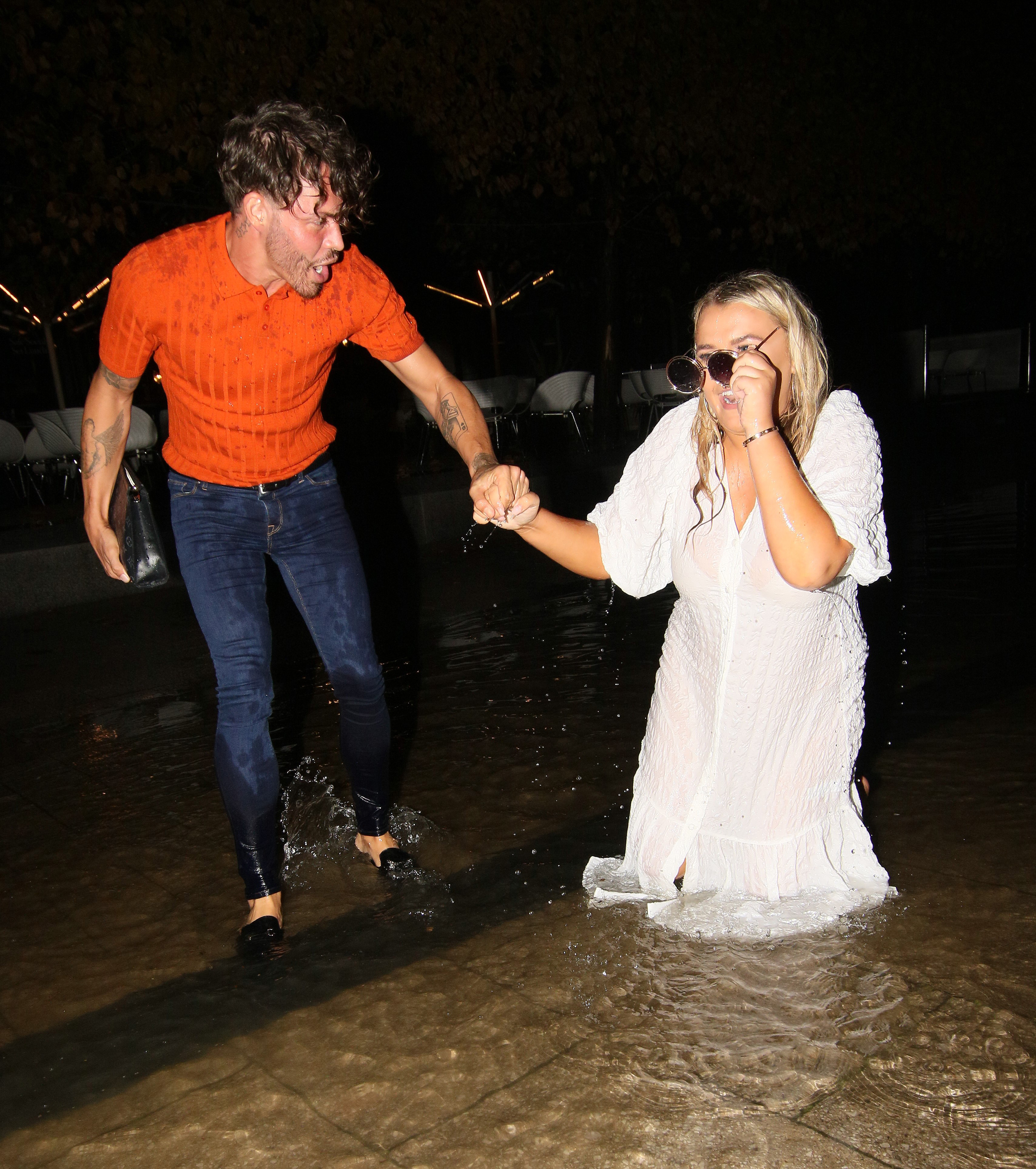 The Met Office previously issued weather warnings as floods and storms continued to batter large parts of England and Wales over the weekend.

Bobby recently showed off his jaw-dropping body transformation, crediting a 75-day program for changing his life "in so many ways".

The reality star, 33, took part in a 75-day challenge which has not only seen him increase in strength and size, but also built his confidence and wellbeing. 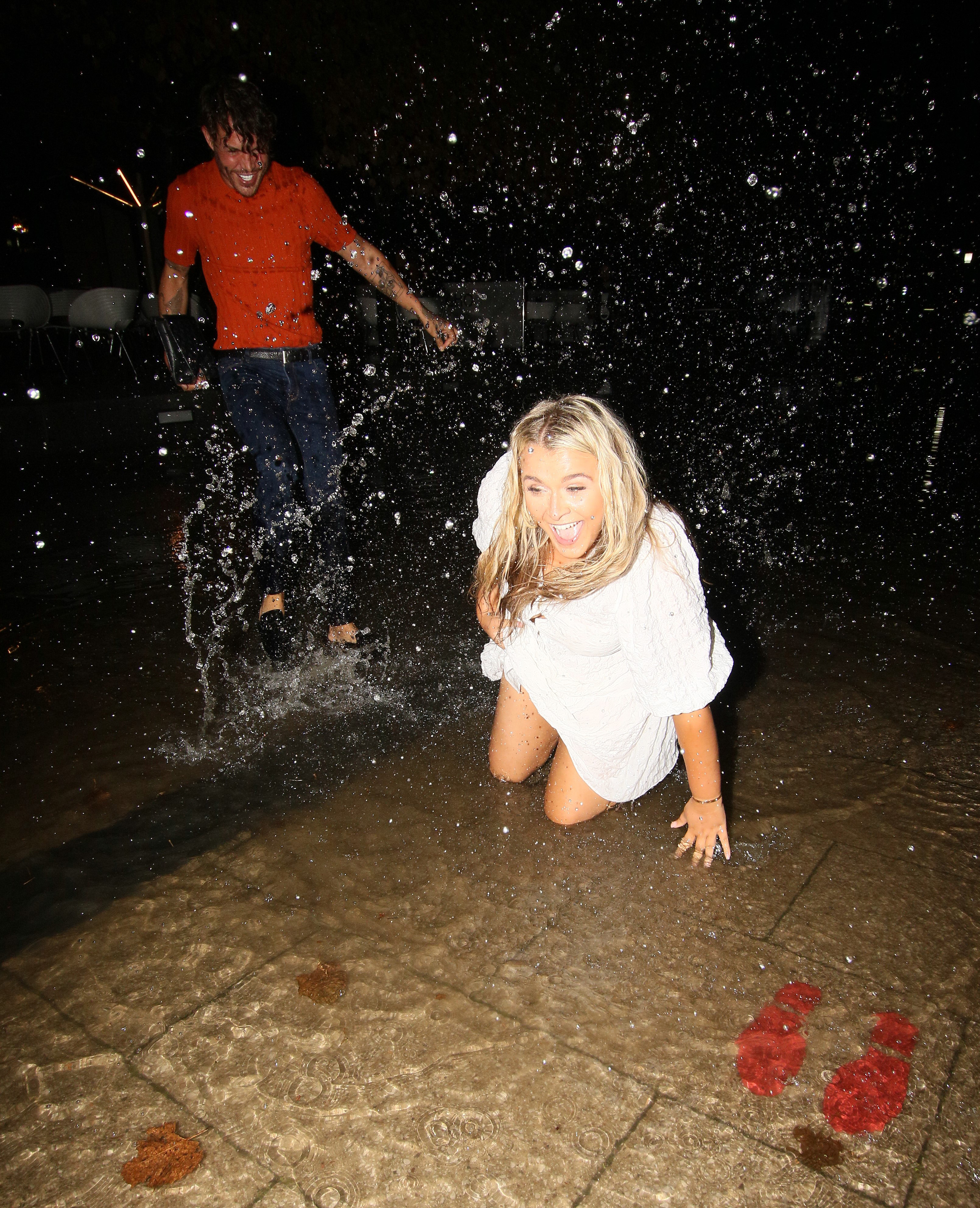 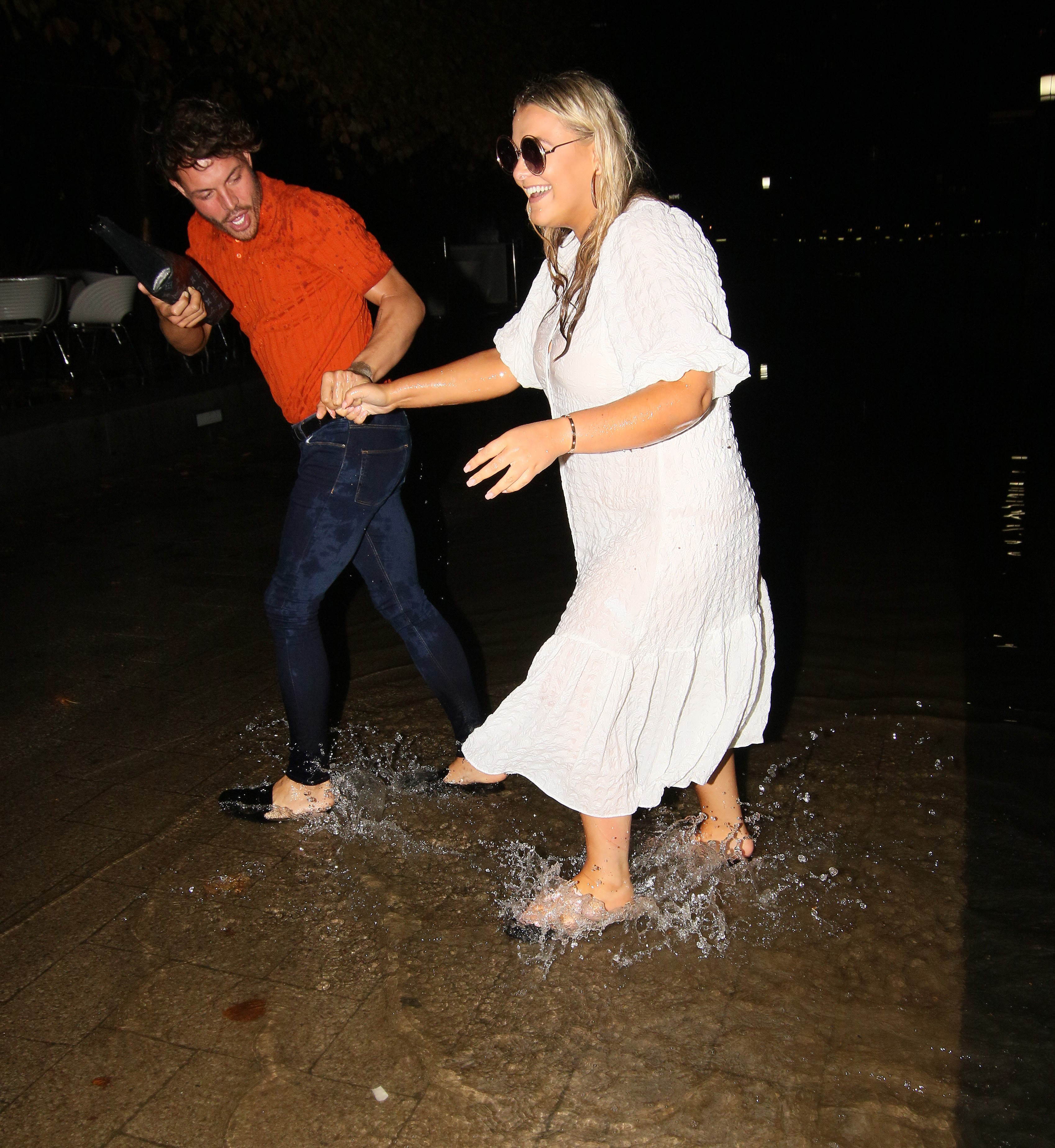 He explained: "Recently I have been working on something very special and today I am extremely excited showcase the big ‘reveal’. I honestly can’t believe how different I look! But it’s about so much more than that.

"I’ve never had a great relationship with body image, sports & fitness. It’s been a part of my life where I lacked lots of confidence, but then I was fortunate enough to meet @IamScottHarrison and joined his programme @TheSixPackRevolutionand it’s changed my life forever in so many ways.

"I’ve been fuelling my body with nutritious healthy food and doing 15 minute exercises everyday for the first 6 weeks and then 5 weeks ago Scotty stepped in to help me achieve a body and mind I could have only previously dreamed of.

"I’ve never felt more balanced, energised and happy in my own skin. Living a healthy lifestyle isn’t just about the way you look, it’s about being the best version of you and having respect for yourself and your body. 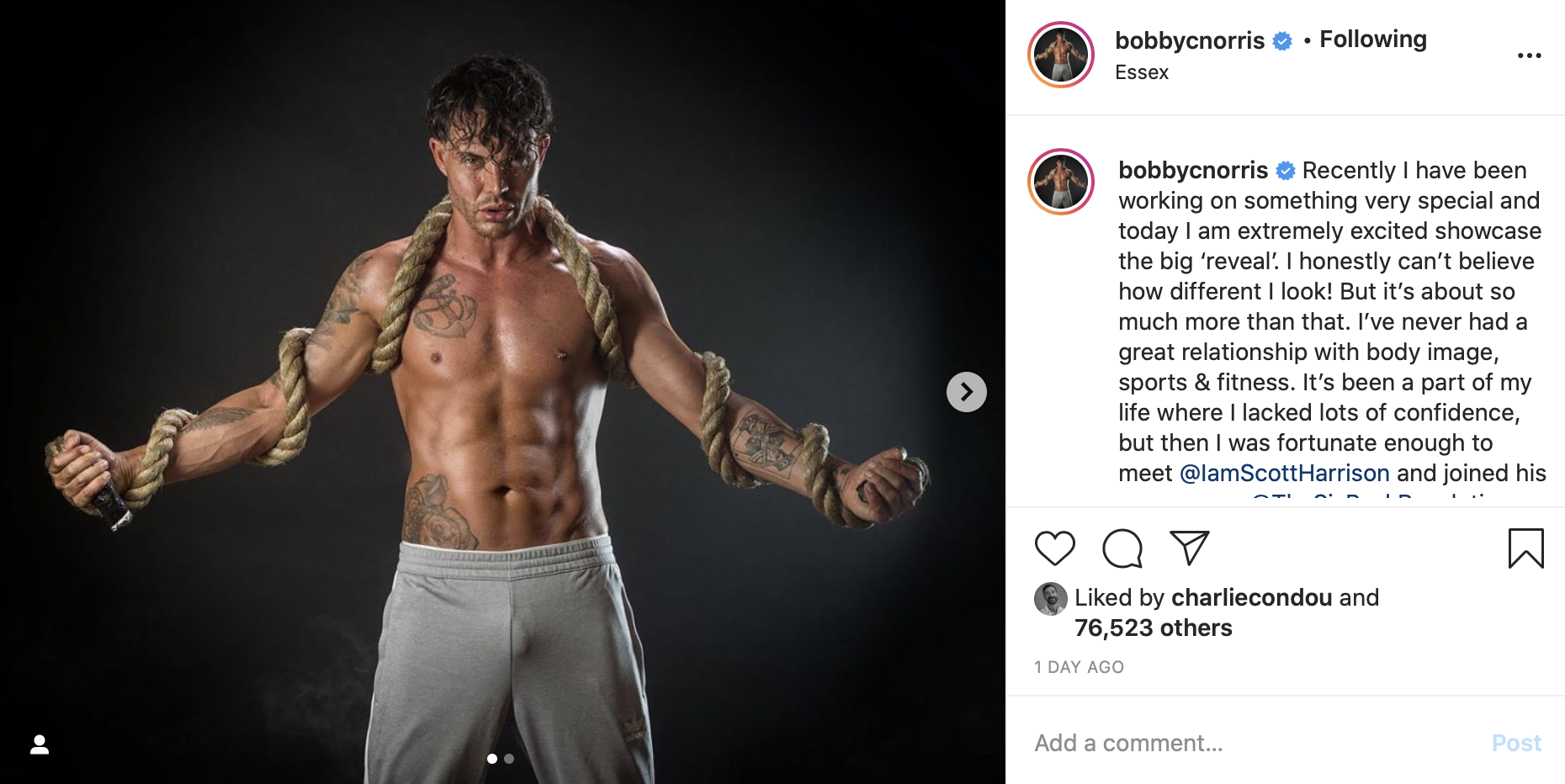 "My mental health has never been better and I would like to thank you for all the support Scotty, I feel you have made me into the man I always new I could be!"