Home » TV and Movies » Us series vs book: What changes did David Nicholls make to Us on BBC?

Us series vs book: What changes did David Nicholls make to Us on BBC?

The Man Booker-longlisted novel Us has now been made into a BBC mini-series with David Nicholls rewriting his work. However, readers of his beloved books might be wondering what changes he had to make to achieve this – here’s what he revealed about cut scenes and what he wished he could have kept in.

What changes did David Nicholls make to Us on BBC?

BBC One drama Us was first released on the channel on Sunday, September 20 for viewers to enjoy.

Immediately after it was first broadcast at 9pm, all episodes were then made available to stream.

Therefore, many have been enjoying following the tale of a couple on the brink of divorce heading across Europe.

The mini-series is based on author Nicholls’ novel Us, which was first published in 2014. 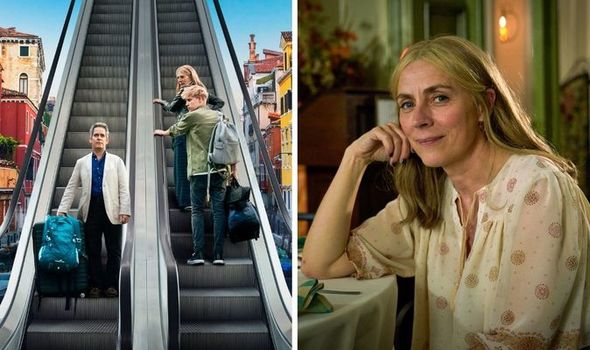 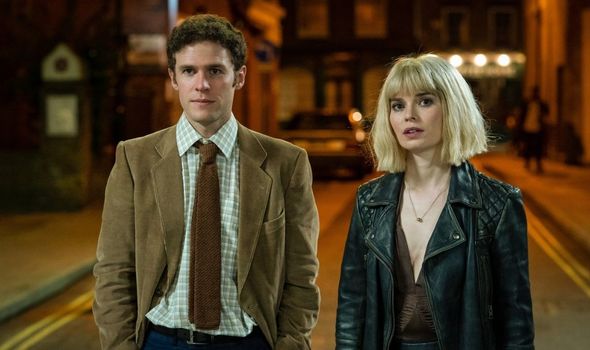 And it was Nicholls who was also in charge of adapting his critically acclaimed story into a TV show.

Therefore, some viewers might be wondering how much has stayed the same in the adaptation, as well as what has changed.

Much of the action across both remains the same for fans of the story.

Both the novel and the TV series start with Connie Peterson (played by Saskia Reeves) telling her husband Douglas Peterson (Tom Hollander) she wants to leave him. 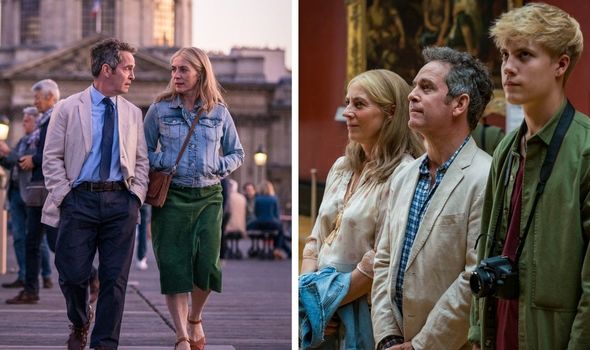 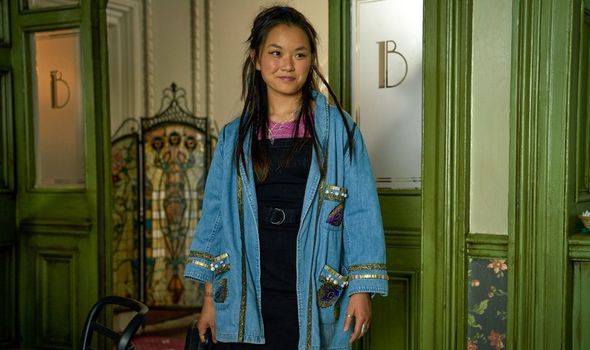 After their marriage of almost 25 years, she reveals she wants to depart now their son Albie Peterson (Tom Taylor) is about to head off to college.

However, with a grand holiday across Europe already booked, they decide to go on one final holiday together.

During this, Douglas vows to try and save his marriage by making Connie fall in love with him all over again.

The narrative follows the couple embarking on this journey, while also being interspersed with flashbacks throughout to the couple as their romance first started.

However, while the story remains the same, Nicholls revealed recently at a BAFTA screening how it was quite difficult to adapt the essence of his novel for the screen.

He told Express.co.uk and other media: “The book is written in the first person, a very narrow first-person point of view, which is a hard thing to adapt.

“And it does other things, which are very difficult to put on screen, obviously, the travel but also then skipping around in time, there’s 180 chapters, and it’s very fluid within a novel.

“In a monologue like that, in that kind of novel form, it’s fine for Douglas to talk about his own relationship with his father or tell an anecdote or something.

Us season 2 release date: Will there be another series of Us? [INTERVIEW]
Us BBC cast: Who is in the cast of Us? [PICTURES]
Us BBC start date: How many episodes are in Us? [INSIGHT]

“Whereas in the screenplay, there always has to be this forward momentum.

“So it wasn’t an obvious candidate [for adaptation]. And at the same time, it was sort of influenced by film in lots of ways.

“I wanted to have the kind of propulsive quality and thriller for it to be about relationships.”

Part of this meant drawing out the many vignettes which make up the 180 chapters of the novel into longer stories.

But the nature of adapting a novel into just four episodes means he also had to remove some elements.

In this case, Nicholls revealed some of the countries on the grand tour of Europe had to go.

How is Boris Johnson handling the coronavirus crisis? Vote in our poll

He explained: “When you put that in the script, it becomes a series of negotiations because it’s hugely problematic.

“There’s an episode in the book where he has an hour to see Florence and he tries and it goes wrong, and it’s a really lovely little set-piece but you can’t just drop that in, you have to make certain allowances.

“So we did have to cross out Munich, and Madrid, and one or two museums.”

While he was behind the decision as he was so heavily involved in the adaptation, he did reveal how he was upset they missed it out.

Nicholls added: “There’s the pragmatic business of filming the story and the changes you have to make to make that work.

“I’m still sad we didn’t quite get to Munich, there’s some good stuff in Munich.

“The break-up and there’s a long, simmering, dark night on a sleeper train from Amsterdam to Munich, and then it all explodes in Munich.”

Us is available to stream on BBC iPlayer now.