The Walking Dead is now in its 10th series on AMC and the final episode is due to air later in 2020. Fans said goodbye to the fearless Michonne (played by Danai Gurira) earlier on in the season. Creator Robert Kirkman has confirmed Michonne’s survival when discussing the future of the post-apocalyptic series.

Will Michonne reunite with Eugene?

Before season 10 of The Walking Dead came to an end fans saw Eugene (Josh McDermitt) separate from the main group of survivors.

Michonne had also gone solo in a bid to track down her missing lover Rick Grimes (Andrew Lincoln), and had found a clue suggesting he was still alive.

Eugene’s fate was left undecided after he left with Ezekiel (Khary Payton) and Yumiko (Eleanor Matsuura) who were on their own separate mission.

Kirkman revealed both Eugene and Michonne would make it through to the end of the series alive.

He told Hey Fandom!: “I’m kind of excited about the idea of telling a little bit more with older Eugene and Judge Michonne and the different things that were in the comic series that could have gone on, and we could have done more with.” 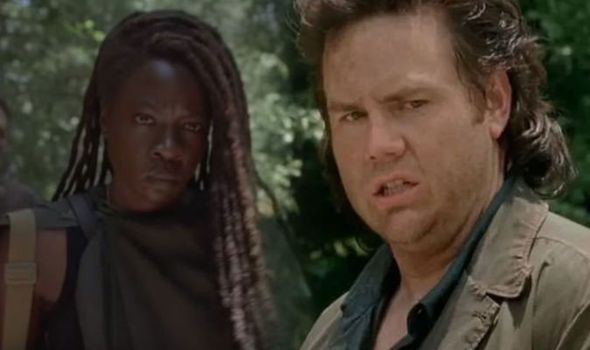 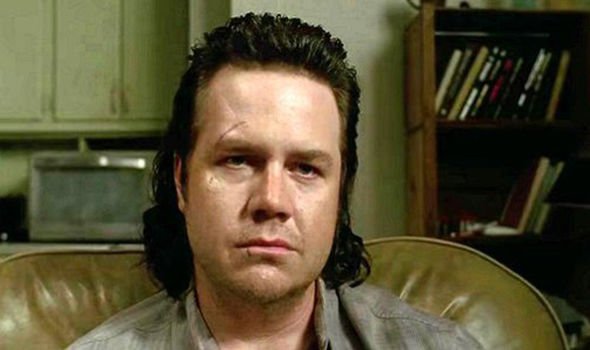 He hinted the show’s future would include details of the western and eastern colonies coming together.

The season finale was due to air in April 2020 but it was delayed due to the coronavirus pandemic.

She said: “Obviously we’ve got this new power group of four, with Princess (Paola Lázaro) and Ezekiel and Eugene and Yumiko, that is off on the road, and so we are going to see some interesting turns in that.”

Fans will also be wondering what will happen to the Whisperers now their leader Alpha (Samantha Morton) is dead. 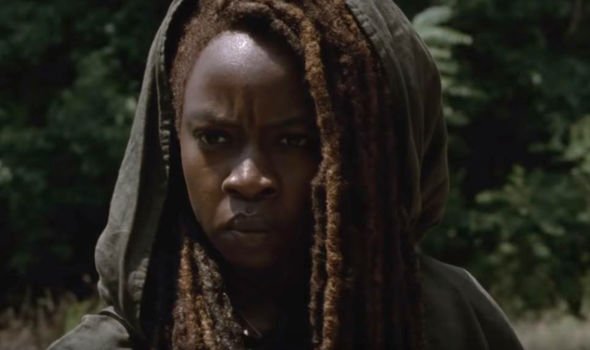 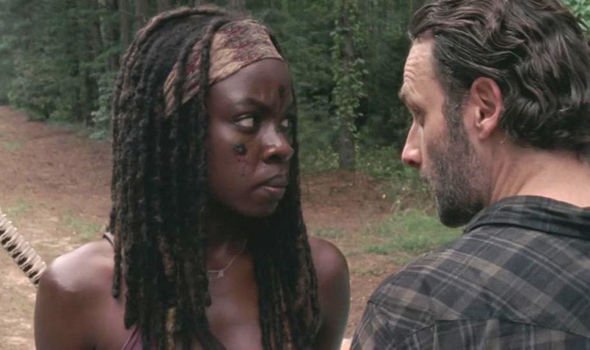 With regards to Michonne and Eugene reuniting, fans may be getting a little too excited.

While Gurira is expected to return to the Walking Dead franchise through the Rick Grimes spin-off films, there is no indication she is returning to the series.

In her final episode, she helped two strangers to safety as she went on a journey to find Rick.

She was just about to discover a huge colony of survivors, and fans are keen to find out whether she eventually finds Rick after he was presumed dead.

Eugene is also looking for someone close to him – a potential lover named Stephanie.

A new season is likely to introduce The Commonwealth, a large civilisation which has been teased throughout the series.

The Commonwealth is a community based in Ohio and they are a highly advanced society of survivors.

Eugene managed to upgrade his radio equipment and he manages to hear a woman’s voice.

In the comics, the woman is called Stephanie and she is a radio operator for The Commonwealth.

Fans believe Eugene will build a strong relationship with the woman until she reveals their location and more details about the group.

There is also a theory suggesting Rick was taken to The Commonwealth to recover from his severe injury.

With this in mind, Michonne may be heading to The Commonwealth when she discovers where Rick is staying.

If Eugene is headed for the same place, there is a chance he and Michonne could cross paths.

However, they are not likely to appear in the same episodes, as Gurira’s encounter with The Commonwealth will be in the upcoming films.

Regardless of whether they meet again, fans will be pleased to hear they will remain alive.

The Walking Dead will return to AMC later this year