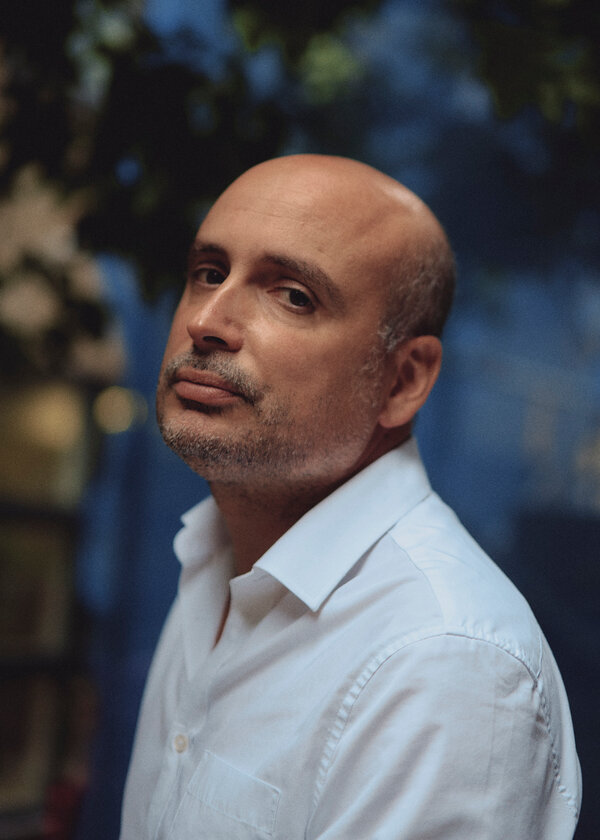 LONDON — “It started off as a joke,” Peter Strickland said. The British filmmaker, 49, thought it would be funny “to do a very loose biopic of a band no one’s heard of,” he said in a recent interview. He took his own avant-garde rock outfit, The Sonic Catering Band, as inspiration, and the resulting feature — “Flux Gourmet” — is not, even loosely, a biopic.

The film, which is released Friday in British theaters, is more of a satire about the creative tussle between a trio of performance artists (Fatma Mohamed, Ariane Labed and Asa Butterfield), the Englishwoman in charge of the institute funding their work (“Game of Thrones”’ Gwendoline Christie) and a Greek journalist with a sensitive stomach (Makis Papadimitriou) who spends most of the movie trying to suppress his flatulence.

In a film culture saturated with franchises, sequels and prestige remakes, Strickland’s off-kilter imagination is a different breed entirely. “Flux Gourmet” is the fifth feature he’s written and directed, and is his funniest, according to A.O. Scott, who called it “a witty philosophical speculation on some elemental human issues” in his review for The New York Times after the film’s U.S. theatrical release in June.

When it came to depicting unruly bowels onscreen, Strickland said he challenged himself to treat flatulence with “a degree of empathy and dignity, without wagging your finger and saying you shouldn’t find farts funny,” he said. The lengthy and plaintive eruption that can be heard in the film is, in fact, one of Strickland’s own.

The Romanian actress Fatma Mohamed, who plays the band’s creative leader Elle di Elle and has starred in all of his feature-length films, described a “Peter Strickland world” as “funny, sensual, weird and joyful” in a recent video interview. Each of Strickland’s films takes place in its own universe, shaped by the trash and genre cinema he gulped down as a teenager.

The rich histories of Giallo cinema and sexploitation informed “Katalin Varga,” his debut feature from 2009 and a riff on a rape revenge thriller, filmed in Transylvania; next came “Berberian Sound Studio,” about a British sound recordist creating foley for a B-movie slasher in Rome; “The Duke of Burgundy” (2015) is a kinky romance set in a parallel universe populated entirely by lesbians who study insects; and Strickland’s fourth film, “In Fabric,” tells the story of a killer red dress with an inner life of its own.

The director, who in person was soft-spoken and smartly dressed in a suit, said he was unusually attuned to sound as a child and remembered wistfully the slow rip of a football sticker being peeled from its adhesive backing. The noise, he said, was soporific and satisfying, like “a kind of mini euphoria.”