Westworld has thrilled viewers a few times this year. Season three of the HBO epic has given fans enormous introductions to new characters, new worlds, and dramatic twists to tie up the futuristic world’s story. Perhaps one of the most iconic moments of season three this year was the reintroduction of Maeve (played by Thandie Newton) in episode two.

After realising she was in a simulation during the second instalment of season three – The Winter Line – Maeve broke her programming and forced herself to wake up.

This prompted the host to reawaken in a stylish house, and she was soon greeted by Serac (Vincent Cassel).

During these scenes Maeve was wearing a slim-fitting white dress that spelt out the elegance and class created by Serac in his own little world.

However, her outfit was not originally supposed to be included in Maeve’s repertoire and was actually a final-minute addition to the scene.

Speaking exclusively to Express.co.uk costume designer for Westworld Shay Cunliffe recently told of the story which saw this dress’s arrival on screen. 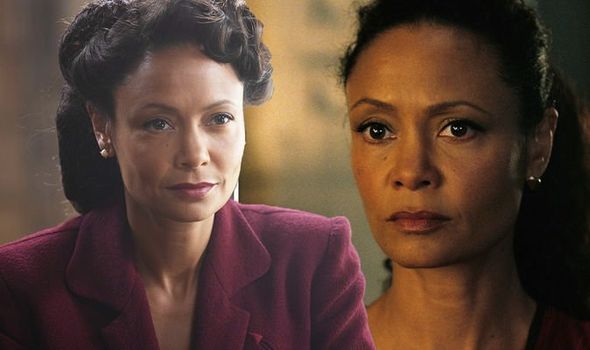 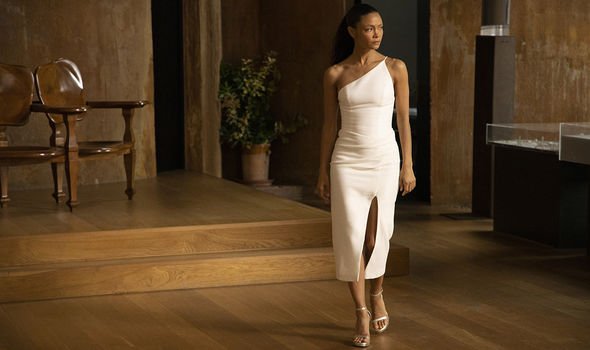 Shay first explained that this white dress had always been a favourite of hers, as she said: “One of my favourite things that never really found any love from anyone ’til the last second was the white dress that Thandie [Newton] is wearing when she first meets Serac in his incredible home.”

Shay described the dress as “great and modern – and yet, the eternal femme-fatale at the same time” – but she couldn’t get it included in the show.

“It never got picked by anyone. I tried it on on her [Thandie] very early, but it didn’t seem to find any love.

“But I kept it anyway, and we had prepared an entirely different costume for that scene.” 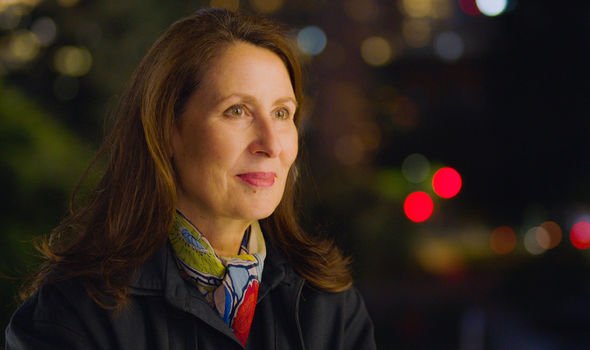 As Westworld is such a huge show, it has a number of locations across the world, including Los Angeles, and Spain.

And shortly before Maeve’s introductory scene with Serac was filmed in Spain, Shay was eager to lock down the outfit the character was going to be wearing.

“I sent to everyone the pictures of the new costume before we left for Spain,” she went on. “Like: ‘You know, we’ll be in Barcelona, and we’ve got one day to shoot this all – just checking, you know, this is what she’s wearing?'”

Despite everyone in HBO agreeing that the new look for Maeve was what they wanted, Shay added: “But I put in my own suitcase anyway – the white dress.”

Laughing at being accused of smuggling the dress across to Spain, she chuckled: “I did!”

Despite being told her white dress wasn’t what was going to be used, Shay opened an email from a showrunner at 4am the night of leaving to go to Spain asking if she had the white dress.

“Part of me was like, Are you kidding?” she laughed. “And then the other part of me is: ‘Yes! I do happen to have this! It’s in Spain!”

Spain’s inclusion in season three of the show was of course down to the locations manager – Mandi Dillin – who also recently spoke to Express.co.uk.

During this chat Mandi explained the hardest part of choosing where to film the show was actually deciding where wouldn’t be appropriate for Westworld.

She explained: “The biggest challenge was really narrowing it down to two or three cities where we could actually film.

Westworld season 3 airs on Sundays on HBO and Mondays on Sky Atlantic and NOW TV.