Love Island 2021 is almost upon us, and we can't wait to meet the singletons, become invested in their relationships – and then find out who will win the whole thing.

This will be the seventh season of the ITV2 reality show, meaning seven lucky couples have gone on to bag the £50,000 prize.

Remember – there is the chance to steal the money, but no one has actually done that yet.

So before we embark on another adventure, we take a look at all the winning couples, and find out how they spent their prize money.

From splashing out on trainers, to saving for mortgages – this is a mixed bag. Paige Turley and Finley Tapp sailed to victory in the first ever winter version of Love Island in 2020.

As well as finding love, they nabbed the £50,000 prize – and they are still together to this day.

The duo weren't able to go on a spending spree after returning home from South Africa – because the coronavirus lockdown hit.

Speaking to Metro, Finley explained: "Well, we haven’t had the chance to really spend any it. Just cooking bits, food… That’s about it, really.

"We haven’t had a chance to do much with it. We’ve got an Xbox that’s keeping us entertained. A camera for some photos but that’s as exciting as it gets.

"I certainly do want to buy a few bits. That’s the thing, as well… You’re looking at some clothes online and you’re thinking, “That looks really nice”. But you think, I can’t spend my money on that, where would I wear it? Just in the back garden?" Greg O'Shea and Amber Gill had only been coupled up for less than two weeks when they won Love Island season five.

Greg was given the chance to steal the £50,000 prize, but he gallantly agreed to share.

But he wasn't so gentlemanly when he allegedly broke up with Amber by text just five weeks after the show ended.

Greg decided to save his money like a "boring old fart.

He explained: "I just saved it. I actually kept it in an English bank account and waited for the conversion rate to improve before bringing it across [to Ireland]."

Beautician Amber did the same, telling Closer: "I'll probably treat myself a little bit, but I'm going to invest and be careful with it."

She went on to sign a seven-figure deal with clothing brand Misspap, becoming the fastest-made Love Island millionaire. Jack Fincham and Dani Dyer stayed together for the duration of Love Island season four, and went on to win the whole thing.

They moved in together, but the couple split, and got back together, before ending it for good later.

Talking about what she did with the money, Dani said: "I put it into savings because I want to get a mortgage. This is what I did."

She added that she was not one to "splash out on stuff", and that she saved "most of it", but that "a lot of it goes on your bills and stuff doesn't it".

Jack has been more private about what he spent the money on. Kem Cetinay and Amber Davies split the £50,000 cash prize when they were crowned winners in 2017.

The couple definitely knew how to splash the cash, with Amber telling The Sun: "I bought myself a Chanel bag. I thought to myself, 'well I did win the show' so I treated myself to a celebratory Chanel bag. Just one handbag isn’t going to hurt is it?

Unfortunately, the couple broke up just six months after winning the show. 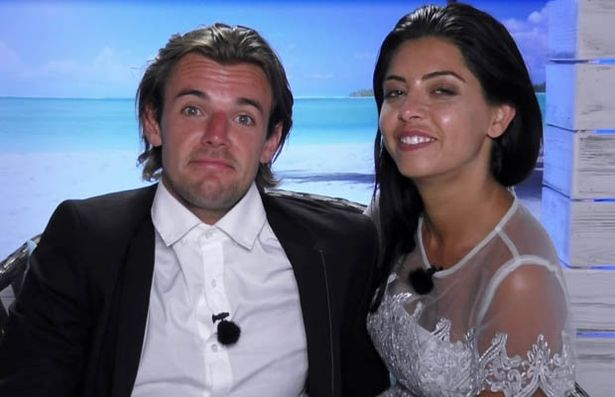 Cara de la Hoyde and Nathan Massey are still together now. They are married and share a son called Freddie and a daughter called Delilah.

In fact, back in 2016 when they won Love Island, they assured fans: "We will not let you down. We're going to get married and we're going to have babies." And clearly they weren't lying.

As for the money, Cara planned to use half of it to help her mum, saying: "I can't wait to get home and now I can buy my mum a house and give her the deposit for it."

Meanwhile, Nathan said he would be treating his dad to a "golfing trip". Max Morley and Jessica Hayes won the very first season of Love Island back in 2015.

However, the romance wasn't to last, and after just 24 hours Jessica told The Mirror that they weren't "madly in love or anything like that".

They split two months later, with Jess saying that "some things just are not meant to be",

Neither of them have shared what they spent the prize money on, but Jessica did admit she wishes she had chosen the money over love.