CARDI B is known as one of the most successful female rappers in the world.

Thanks to her career, the artist has been able to amass an extensive net worth before even turning 30 years old.

Who is Cardi B?

Born October 11, 1992, Cardi B, 29, whose real name is Belcalis Almanzar, is known as an American rapper originally from the Bronx .

Cardi started her career out as a stripper but over the years, had gained popularity from Vine and Instagram before signing to Atlantic Record in February of 2017.

In 2015, she even appeared on the reality show Love and Hip Hop: New York for two seasons.

Since then, Cardi has released three albums and multiple hit songs including WAP, Up and Bodak Yellow.

She has also won multiple awards including a Grammy in 2019, along with multiple MTV Video Music Awards and BET Awards.

In November of 2020, she was even named Billboard's Woman of the Year.

Cardi is also the mother to two children with her husband Offset.

What is Cardi B's net worth?

Thanks to her career in the entertainment industry, the artist has become a multi-millionaire.

As of 2021, Celebrity Net Worth reports that Cardi is worth an estimated $40million.

This number comes from not only her music but also her OnlyFans career where she reportedly makes millions per year.

Cardi also holds multiple records in the music industry including the most #1 singles among female rappers and for most first-week Apple plays for a female artist at 100 million. 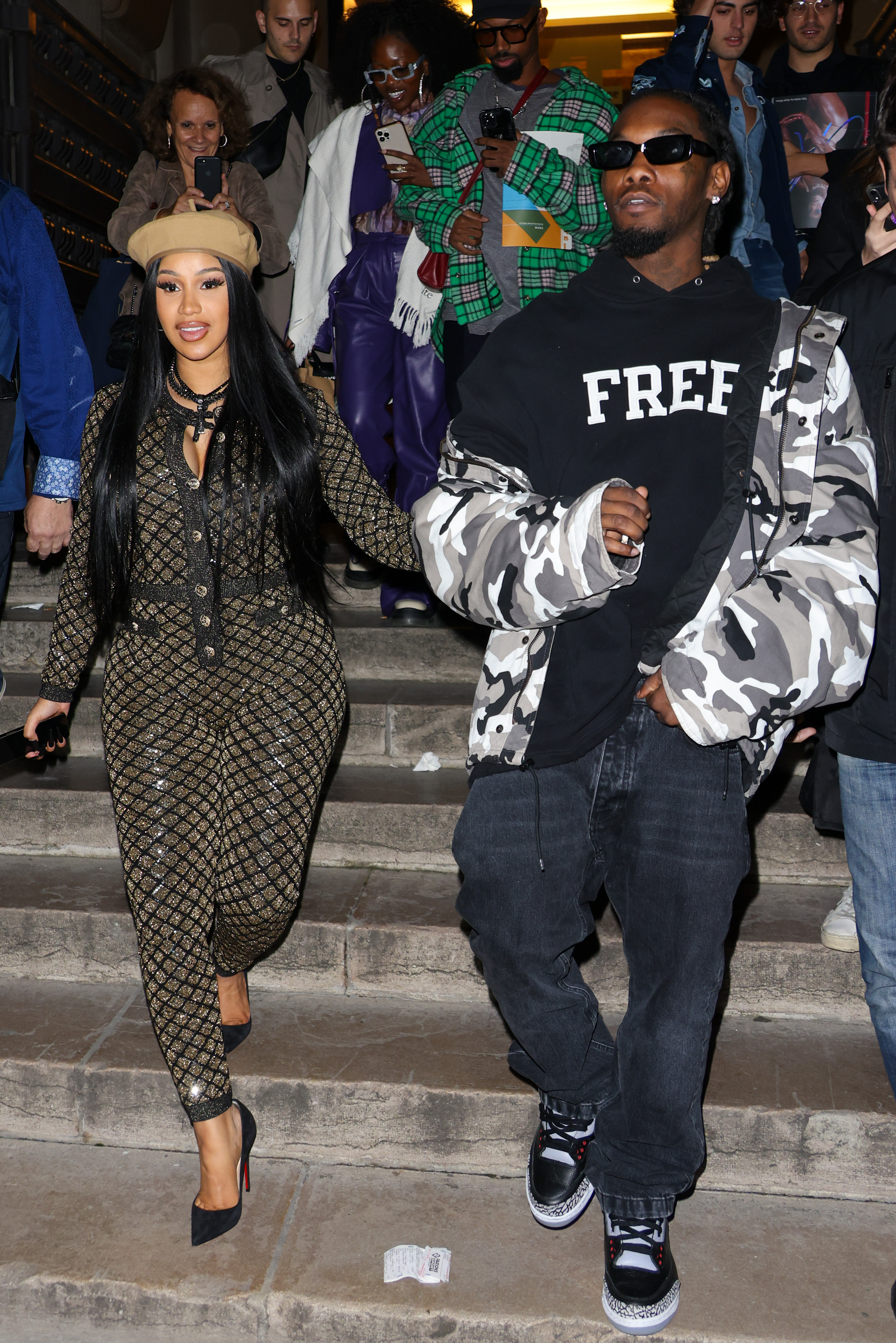 What is Cardi B's relationship status?

Since 2017, Cardi has been married to American rapper Kiari Kendrell Cephus, known professionally as Offset.

Offset is most famously known for being member of the hip hop trio Migos alongside his cousins Quavo and Takeoff.

He is also the father of Cardi's children Kulture, 3, and a boy who was born in September of 2021.

The rapper is also the father of three other children from previous relationships.

Over the years, Cardi and Offset have had a rocky relationship which almost ended in divorce after cheating allegations but the couple have since worked things out.

Most recently, TMZ reported that for the star's 29th birthday, Offset bought her a new home in the Dominican Republic, where her family is from, that even includes a pool on the roof.