NBC’s popular sitcom Will & Grace recently aired its series finale for the second time around. The groundbreaking comedy starring Eric McCormack, Debra Messing, Sean Hayes, and Megan Mullally premiered in 1998 and ran until 2006. The cast and crew reunited for a reboot in 2017 for three seasons, where rumors of rifts between cast members began swirling in the tabloids. 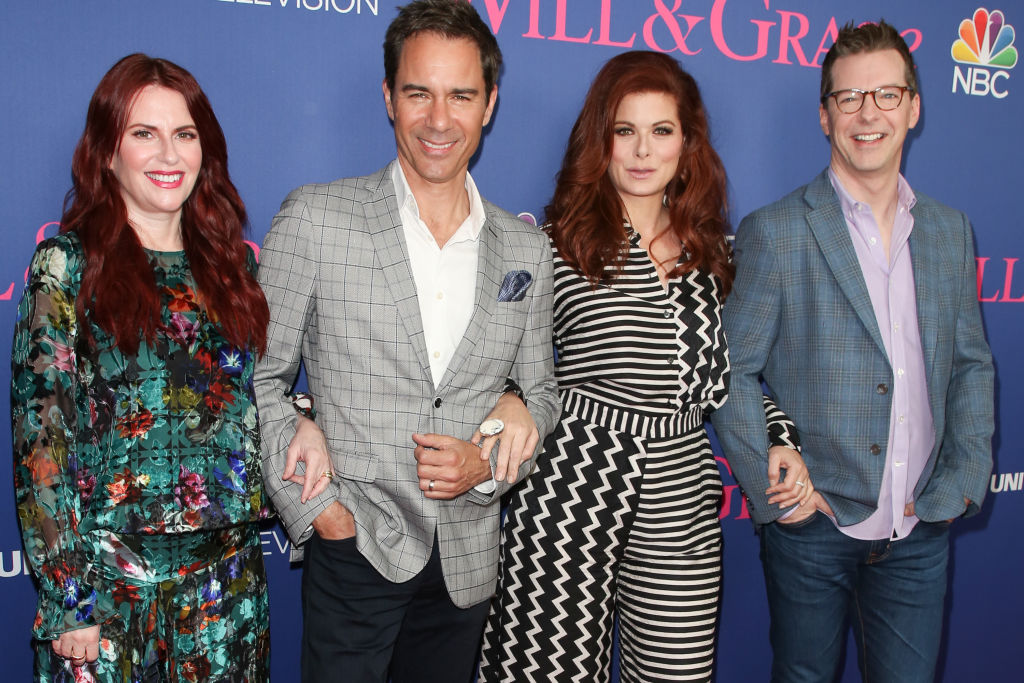 ‘Will & Grace’ wraps for the second time

Show creators David Kohan and Max Mutchnick gave more definitive conclusions to the lives of the four main characters in the finale of the reboot. Besties Will (expecting a child via surrogate) and Grace (who is pregnant) decide to move out of New York City and go upstate to raise their children together, with Will possibly reconnecting with former flame McCoy (played by Matt Bomer). Karen reconciles with her ex-husband Stanley, and Jack gets his dream of performing on Broadway.

“This ending was a little bit more honest to the characters,” Mutchnick told the Hollywood Reporter. “We were making stuff up the first time around. And this felt like, the world had changed, we had changed, and the characters therefore were going to change.”

For Messing, ending the reboot wasn’t as devastating as the first time the series wrapped.

WE’RE BACKKKKKKKKKKKK!!!! With a *NEW* #willandgrace TONIGHT!!!! Here is a look at what fun is coming your way! @nbc 9 EST.

“It doesn’t feel as monumental this time, even though this is it forever,” Messing said. “When we said goodbye after eight seasons, we really believed it was over. That was a real mourning process that I had to go through. When we came back 12 years later, all rules were out the window. … It’s time to say goodbye to Will & Grace and put it back into that time that it originally lived in and sort of leave it there.”

Reports of discord on ‘Will & Grace’

Rumors of behind-the-scenes drama amongst the cast began to circulate, especially when Mullally and Messing reportedly unfollowed each other on Instagram earlier this year. Mullally also stopped following Hayes, and the actress was absent for a few episodes of the show, further fueling speculation of discord. In an interview with Entertainment Weekly, Kohan and Mutchnick were asked about the tension on the set.

“We always work under this kind of motto that everything’s about the work. It’s just about the work,” Mutchnick told Entertainment Weekly. “And so if we stay true to that, then we just keep you guys out of whatever happened on the set this year because it would have done nothing but get in the way of the stories that we wanted to tell.”

Providing an answer that was a bit vague, the show creator somewhat acknowledged the validity of the reports. “It was not an easy year, but the permanent legacy of the show is much more important to us than any temporary squabble that would take place on the stage,” Mutchnick said.

Debra Messing’s contract spared a shutdown of the show

With the coronavirus crisis implementing a nationwide quarantine, many films and television shows have had to halt production and air early season finales. Fortunately for the cast and crew of Will & Grace, Messing had insisted on a specific scheduling clause in her contract that ended up wrapping the show at an ideal time.

“It would have been the most unfinished feeling to not get to the end of this season. Thank God Debra had it in her contract that we had to be done by Christmas,” Mutchnick revealed, jokingly referring to the provision. “I finally found the silver lining in that really pain-in-the-a** clause.”

Though the finale was well-timed, Mutchnick admitted to some bumps in the road with the retrospective they planned to air after the final episode.

“We did run into trouble with the retrospective that’s airing right after the finale,” the Will & Grace creator said. “We weren’t finished with that and that was not easy to get to the finish line with the world shut down.”

While Will & Grace fans are most likely mourning the series’ end, they are sure to find the fab four on syndication and streaming services for years to come.