200 students are abducted after an ambush on a Nigerian school

A large number of students were abducted Sunday and one person was killed at a school in Nigeria’s north central Niger State.

Nigerian media, including the independent Channels TV, said about 200 students were abducted at the Salihu Tanko Islamic School in Tegina in the local government area of Rafi.

Wasiu Abiodun, the Niger state police spokesman, said the abduction was carried out by ‘armed bandits on board motorcycles in their numbers.’ 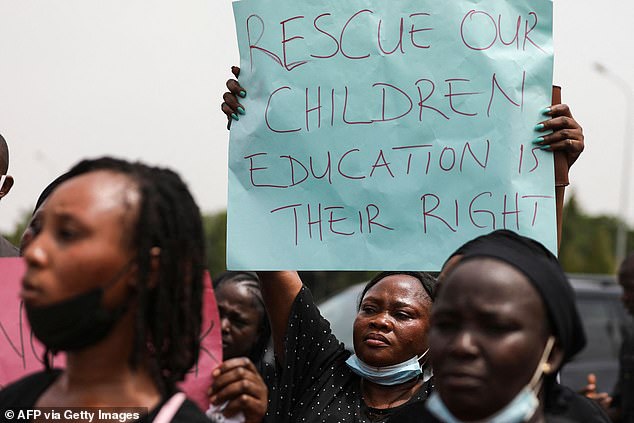 A large number of students were abducted from a school in Nigeria on Sunday in the latest armed kidnappings to sweep the country (pictured, parents demonstrate on May 4, demanding the release of their children after 55 days in captivity) 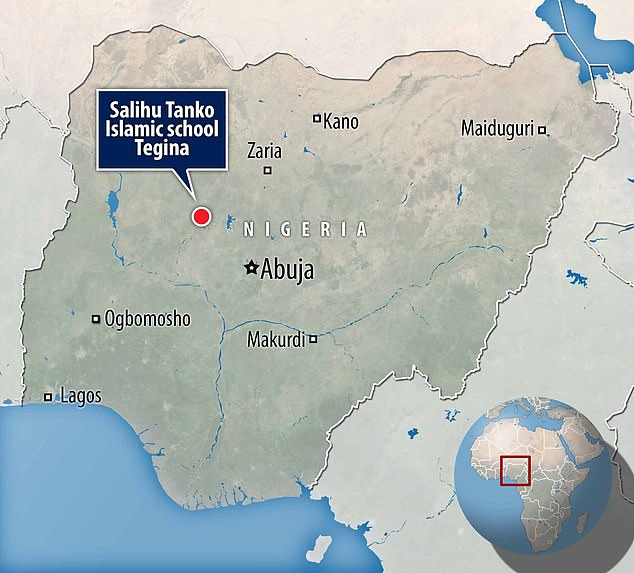 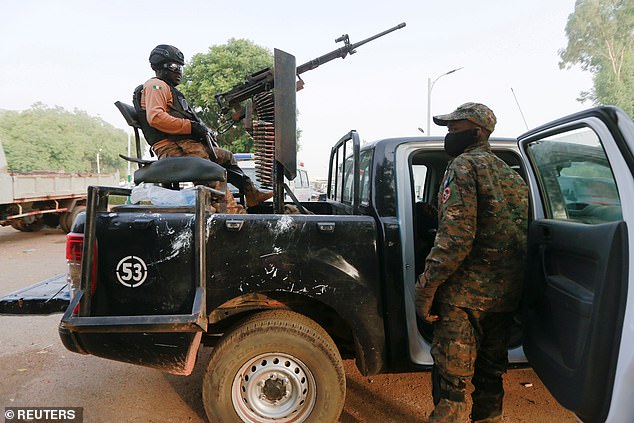 All ‘tactical teams’ have been mobilised to rescue the victims and the police will ‘ensure that the children are rescued unhurt,’ Niger state police spokesman Wasiu Abiodun said (pictured, soldiers working to free kidnapped students in March)

The gunmen fired ‘indiscriminately and abducted a yet to be ascertained number of children,’ he said, adding that the gunmen shot one person dead in the process.

All ‘tactical teams’ have been mobilised to rescue the victims and the police will ‘ensure that the children are rescued unhurt,’ he said.

The school’s owner, Abubakar Tegina, lives 150 metres from the school and witnessed the attack.

He said: ‘I personally saw between 20 and 25 motorcycles with heavily armed people. They entered the school and went away with about 150 or more of the students,

‘We can’t be exact because most of them have not reported to the school as at that time,’ he said, when asked for further details of the number taken.

Tegina said there are around 300 pupils aged between seven and 15. He said pupils live at home and only attend classes at the site. 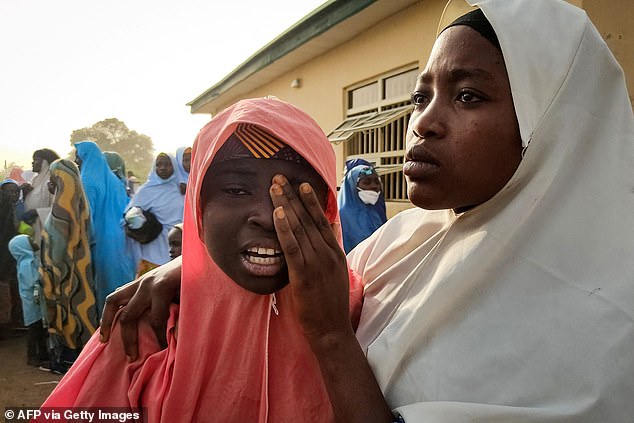 The abduction was carried out by heavily armed bandits who ‘indiscriminately’ fired shots during the raid (pictured, a girl is reunited with her mother after spending a week in captivity after being kidnapped) 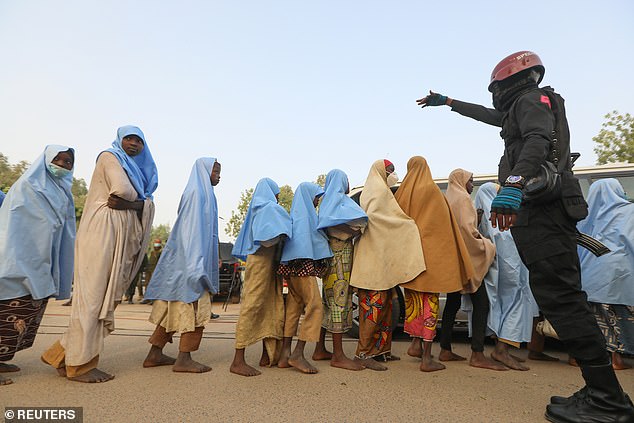 The abductions have mainly hit northwestern Nigeria and drawn global attention to the country’s deteriorating security situation (pictured, a police officer organises students released after they were kidnapped from a boarding school in March)

Most students kidnapped in recent months have been taken from boarding schools.

One person was shot dead during the attack and a second person was seriously injured, the state governor’s spokeswoman said.

She said 11 of the children taken were released by the gunmen because they were ‘too small and couldn’t walk’.

A group of bus passengers were also abducted, she said.

Sunday’s attack took place the day after the release of the remaining 14 students of a group abducted last month from a university in neighbouring Kaduna state.

Armed groups carrying out kidnapping for ransom have been blamed for a series of raids on schools and universities in northern Nigeria in recent months, kidnapping more than 700 students for ransom since December.

The government and security forces have largely been unable to stop the attacks as they struggle to contain worsening violence and criminality across the West African country. 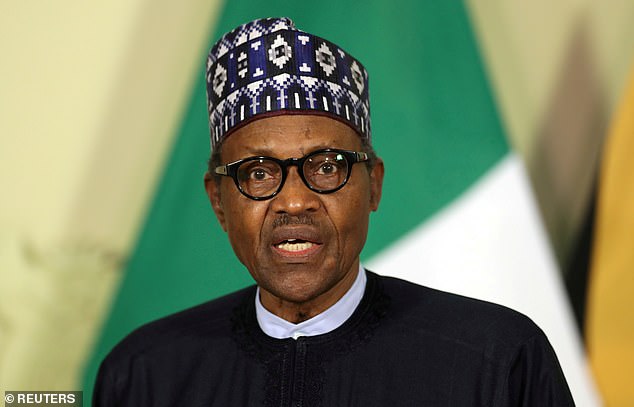 The government and security forces have largely been unable to stop the attacks as they struggle to contain worsening violence and criminality across the West African country (pictured, President Muhammadu Buhari)

Kidnap for ransom has become common in the region in recent years.

In February, President Muhammadu Buhari urged state governments to ‘review their policy of rewarding bandits with money and vehicles, warning that the policy might boomerang disastrously.’