A massive snake was captured after it was spotted in the driveway of a Long Island home. According to reports, the homeowner initially thought the snake was a garden hose she forgot to put away. 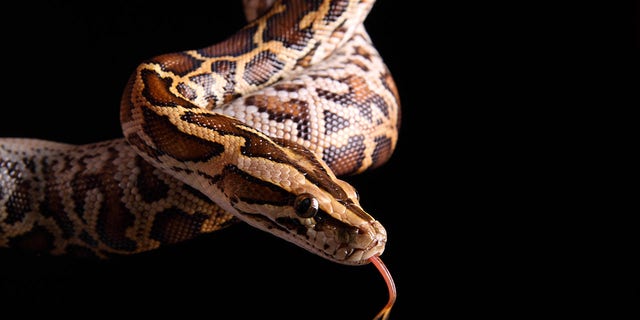 The Suffolk County Police wrangled the snake and were able to contain it in a large garbage can after capturing the snake in the Deer Park neighborhood.
(iStock)

The Suffolk County Police wrangled the snake and were able to contain it in a large garbage can after capturing the snake in the Deer Park neighborhood, News 12 reports. While officials stated that they believe that the 8-foot-long animal was a boa constrictor, some animal experts believe it may be another kind of snake.

According to a pet store owner that spoke with the news outlet, it may actually have been a Burmese python. This species of snake has become infamous over the past several years after becoming an invasive species in Florida. They are typically not found in the New York region.

While Burmese pythons typically don’t pose too much of a risk to humans, Live Science reports that they can be known to attack other animals as large as deer.

Meanwhile, boa constrictors are typically not considered dangerous to adult humans, although Snakes for Pets does not recommend allowing children to handle them.

Either way, residents in Deer Park are reportedly nervous about their small pets. One resident told News 12 that she would be keeping her small dog in the house for the time being in case there are any other loose snakes. Neither species is native to New York and the Burmese python is illegal to own in the region.

It’s still unclear where the snake came from or how it got loose.