Aaron Rodgers: Struggling teammates 'shouldn't be playing' as much

Aaron Rodgers is blaming the Packers’ latest struggles on “mental errors,” and he thinks some of his teammates should be benched because of them.

Rodgers made his weekly appearance on “The Pat McAfee Show on Tuesday,” just days after Green Bay’s 23-21 loss to the Taylor Heinicke-led Washington Commanders. The Packers have now lost three straight games, and are set for a battle with the 5-1 Buffalo Bills on Sunday night.

And since players aren’t executing, Rodgers thinks they should find new players to step up.

“Guys who are making too many mistakes shouldn’t be playing,” Rodgers said. “Gotta start cutting some reps. Maybe guys who aren’t playing, give them a chance. We’re gonna see.”

"When the players really take ownership of what we're putting on the field you're gonna see the possibility of us making a run" [email protected]#PMSLive#ARTpic.twitter.com/wwr44Tfs7r

Rodgers didn’t name any names on Tuesday, but it’s easy to see why he’s upset.

The reigning league MVP led an offense that managed just 232 total yards and went 0-6 on third down on Sunday — which marked the first time a Packers team failed to convert on third down in a game since 1999. They had nine penalties for 69 yards, which brought them to 22 penalties for 221 yards over the losing skid, and the Packers had just 38 rushing yards against the Commanders.

The team just looks completely out of sync.

“We had so many mental errors and mistakes. It’s not the kind of football we’re used to playing over the years,” Rodgers said. “There have been seasons where we averaged four or five, six, maybe seven at the most, kind of mental errors or missed assignments per week … This season, a lot more than that every single week. It’s double digits every single week.”

"We had too many mental mistakes & errors on Sunday.. it seems like we have double digit mistakes every week" @AaronRodgers12 shares his thoughts on the Packers loss in Washington #PMSLive#ARTpic.twitter.com/Kk5gfeX7VV

Rodgers hasn’t been great, either. He went 23-of-35 for 194 yards with two touchdowns against Washington, which was the second time this season he’s been held under 200 yards. He had a quarterback rating of 99, his third-best on the season.

The 38-year-old is averaging 228.1 yards per game, which has him on track for his worst season since he became a full starter.

While his wide receivers aren’t as experienced as they used to be in Green Bay, and Allen Lazard is now dealing with a shoulder injury, Rodgers isn’t taking much of the blame.

For those claiming this tweet and my follow-up tweet to it don’t provide the necessary context, which I respectfully disagree with (respectfully, of course), here’s the video of @PatMcAfeeShow’s question and Rodgers’ full answer for your own eyes and ears. https://t.co/d17cBkAlekpic.twitter.com/7mKETzU3NF

Either way, Rodgers has to get the Packers back on track if he’s going to make it into the postseason — something he’s only missed twice in the past decade.

“When the players really take over, you’re going to see the possibility of us making a run … There’s too many times in the game where there’s simple, simple things that just are not being accomplished,” he said. 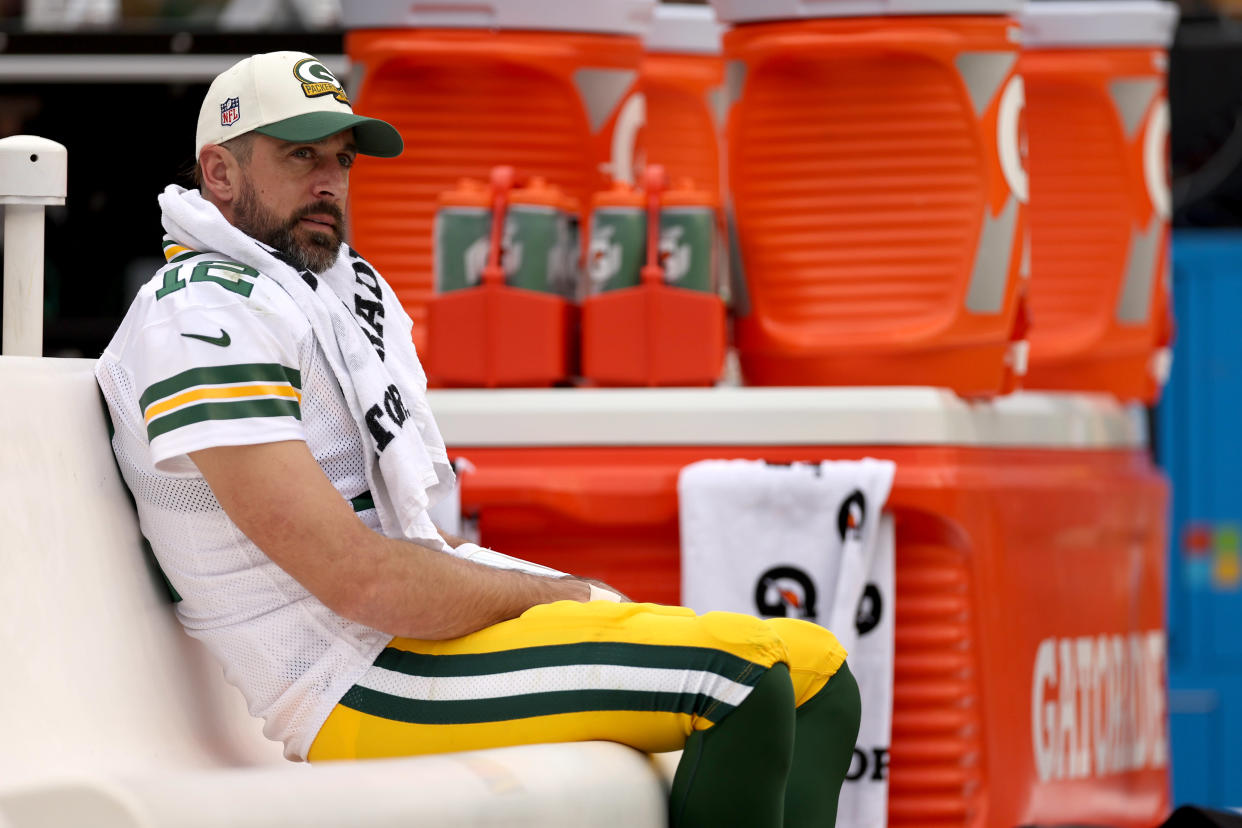