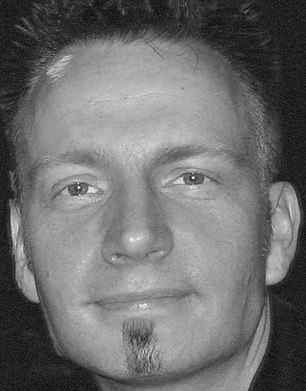 An academic who pursued a senior colleague for a romantic relationship then blamed him when she lost her job has lost her tribunal claim.

Psychologist Ruxandra Anghel and Dr David Westley dated briefly but called it off because he wanted to reconcile with his wife, a tribunal heard.

But despite him telling her several times that they could only have a professional relationship, she continued trying to persuade him to give her a chance, the panel heard.

On one evening she texted him, saying: ‘I’m coming over at yours later. Get a nice bottle of wine. There will be no talking.’

When he asked her if she was being serious, she replied: ‘I don’t make such jokes. It is not my style. I’m a grown woman. I expressed my desire. I was hoping for a more elegant response.’

Ms Anghel was left ‘heartbroken’ by Dr Westley, the employment tribunal was told.

And when she was made redundant from her role at London’s Middlesex University, she made a complaint against him, suggesting he had been instrumental in her departure.

An employment tribunal has now dismissed her claims that Dr Westley – now the head of the university’s psychology department – had tried to develop a ‘work with benefits’ relationship with her.

And it ruled he had played no part in her losing her job. 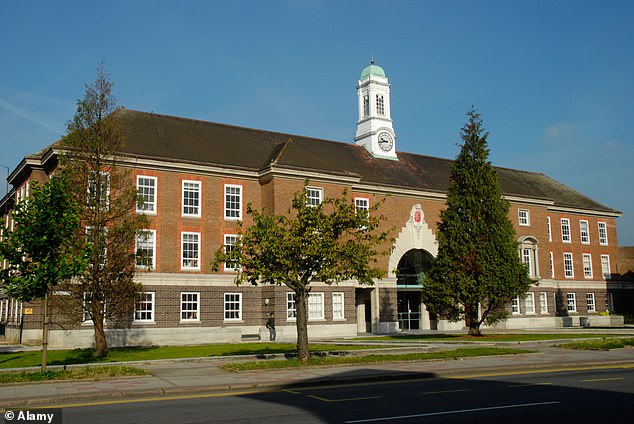 An employment tribunal has now dismissed her claims that Dr Westley – now the head of the London’s Middlesex University’s (pictured) psychology department – had tried to develop a ‘work with benefits’ relationship with her. And it ruled he had played no part in her losing her job

The hearing in Watford was told that Ms Anghel had been employed by the university’s Department of Psychology as a graduate academic assistant in 2014 after achieving a first class degree in the subject.

As part of that role she found herself working with Dr Westley – who had taught her as an undergraduate – on a scheme to help support students’ well being.

In March 2015, following a social occasion with colleagues, they went for a drink on their own and kissed, the tribunal heard.

Although the hearing was told Ms Anghel was open to a romantic relationship, Dr Westley told her a week later he had only just separated from his wife and was not certain the marriage was over.

But in April the couple started ‘dating’ and on one occasion went back to her home, where he cut short an intimate encounter, the panel heard.

‘They ended up lying on top of the bed together,’ the tribunal heard. ‘(Ms Anghel) unbuttoned Dr Westley’s shirt, but he did not remove it. (She) removed her dress.

‘Shortly after (her) dress was removed, Dr Westley decided that he did not want to go any further and he decided to go home, which is what he did.

‘Their intimacy went no further, either on this night, or on any later occasion.’

The panel – headed by employment judge Patrick Quill – was told that in July 2015, the couple agreed not to carry on with their relationship. However, that October Ms Anghel emailed him, asking him to reconsider.

‘My wish for myself right now is to settle down and start a family,’ she wrote. ‘Of course, the only way to have that is by starting a relationship.

‘There are a few gentlemen who are interested in having that with me, but giving the friendship and feelings I built for you in the past four years, in my heart I was hoping that it would be you.’

Dr Westley replied to say that even if his marriage was not salvageable he did not feel he would be able to commit to a serious relationship for ‘quite a while’.

‘I’m sorry if I had implied anything else was the case – l have tried to explain this in the past but perhaps I hadn’t been as clear as I thought,’ he wrote.

Ms Anghel and Dr Westley continued to work together and in 2016 she was promoted to a more senior role.

In June 2017 – a month after he told her he regretted that their only communication was now professional – she texted him the ‘there will be no talking’ message.

And in November following an argument over a reference he had written her she told him she was considering leaving the university because he had ‘broken her heart’.

That month she sent him a ‘closure’ email.

‘In the email, (she) sought to suggest that she was pulling away from Dr Westley and that he believed that he would be upset,’ the tribunal judgement said.

‘However, our finding is that it was Dr Westley who had made clear that he did not wish to have a romantic or sexual relationship and it was (she) who was upset by that stance.

‘In the email, (she) referred to having various fabulous memories of Dr Westley and stated she had enjoyed their first kiss.

‘She mentioned a more recent occasion on which they had had juice and a cigarette, and he had waited with her at the bus stop. She said that that had been beautiful.’

The following year Ms Anghel’s contract at the university was not renewed as part of a cost-cutting exercise.

She launched a formal grievance, claiming that Dr Westley’s behaviour had been inappropriate and accusing him of harassing her.

However, the university dismissed the allegations along with any suggestion he had been involved in her losing her job.

And the tribunal agreed, finding her claims of sex discrimination and unfair dismissal to be unwarranted.

It ruled that the romantic contact the couple had in 2015 was consensual and that afterwards Dr Westley had never sought to rekindle the relationship, despite her claims to the contrary.