A defiant couple who banned fat people weighing over 100kg from staying at their cottage on Airbnb blamed ‘easily offended snowflakes’ and fat people for the property advert being removed from the website.

Marcus Farkas, 52, and his partner Zsuzanna, 34, had imposed a 100kg weight limit on guests staying at their luxury, medieval cottage in Sandwich, Kent.

The couple said they had been ‘spammed by fat Airbnb people’ and blamed snowflakes for being ‘offended by the truth’ which caused the advert to be removed.

The original advert for the 15th-century medieval cottage, called Bobbit’s Lair, sparked outrage from activists who claimed it was ‘fatphobic’ and ‘discriminatory’.

A list of rules for the property included a ban on ‘bigger than average’ guests or people with ‘eating disorders’ with a maximum weight limit of 100kg (15.7 stone) per person. 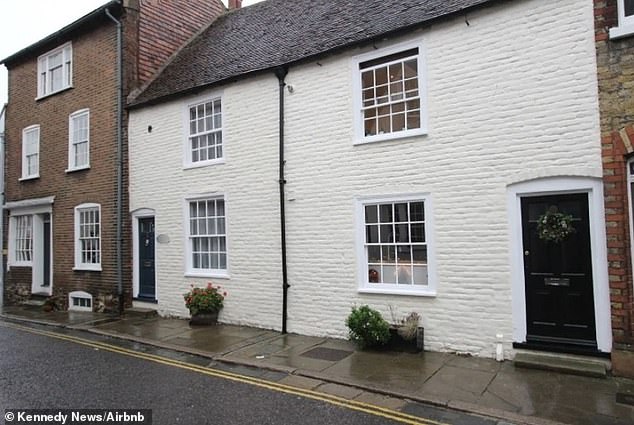 The online advert for Bobbit’s Lair cottage (pictured from the outside) had a ban on guests who weighed more than 100kg (15.7 stone) 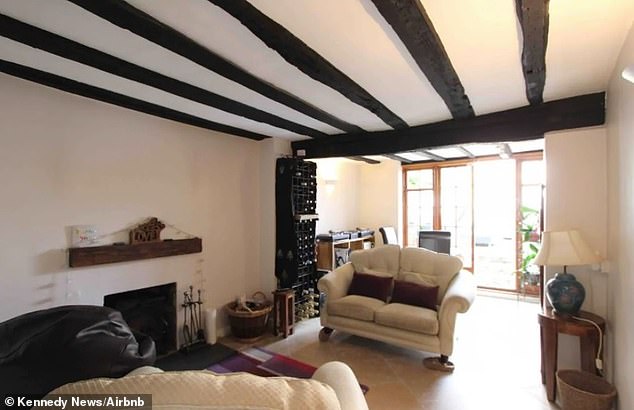 The Airbnb listing for the 15th-century cottage in Sandwich, Kent banned larger guests because they could cause ‘serious damage’ to the oak beams (pictured) 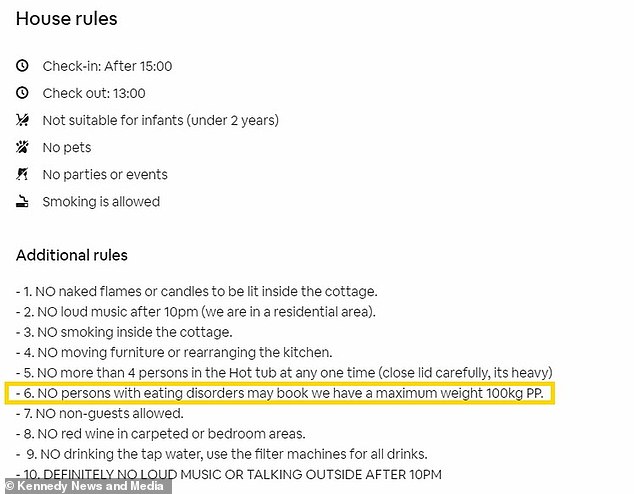 Hosts Marcus Farkas, 52, and Zsuzanna, 34, included a 100kg weight restriction in their original house rules saying no guests with ‘eating disorders’ could stay 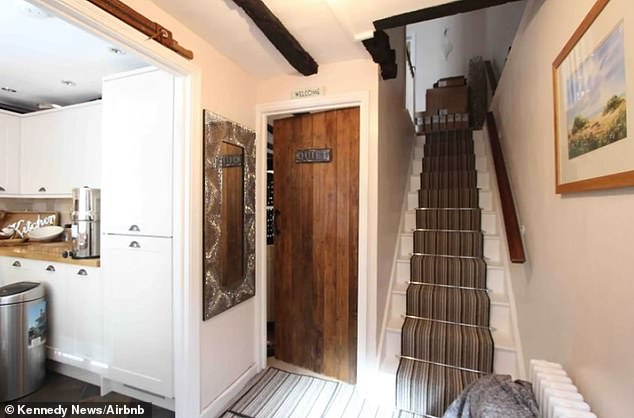 Mr Farkas, who does not own the property, claimed they had imposed the weight limit on the advice of a builder.

They said the builder had warned that large people would cause ‘serious damage’ to the ‘very old oak beams’ of the medieval cottage.

Speaking to The Times, Mr Farkas said: ‘My builder said we shouldn’t rent the cottage to big people.

‘We agreed and unfortunately some snowflakes took offence. It’s understandable, people are easily offended by the truth unfortunately.

‘It’s being spammed so much we have pulled it. The owner is concerned.’ 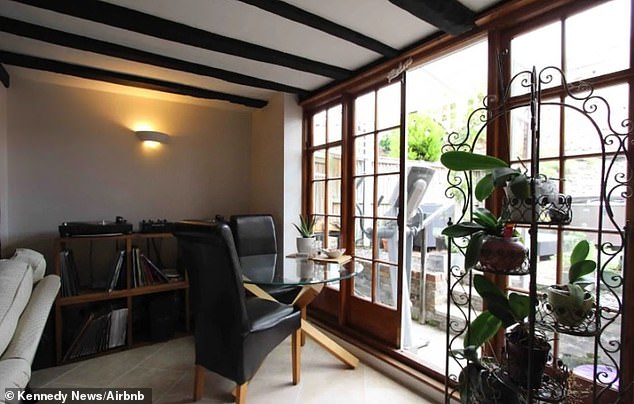 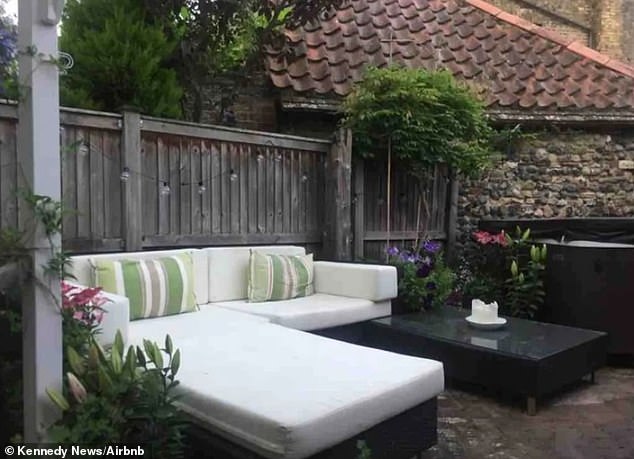 Despite the backlash, he suggested that the couple will continue to enforce the 100kg (15st 10lb) weight restriction.

‘The host will still choose and has ultimate control,’ Mr Farkas said. ‘[The website] is favoured towards the host generally.’

Activists and campaigners slammed the ‘discriminatory fatphobic’ hosts and Airbnb for allowing the property listing on its site.

Fat activist Lindsay McGlone, who is a size 24, said the ‘discriminatory fatphobic’ hosts should be banned from advertising with Airbnb.

The 22-year-old said that it was another example of discrimination against fat people.

She said: ‘Society discriminates against fat people daily. I’ve always been fat, comfortable with my weight and the term ‘fat’.’

The backlash prompted Airbnb to pull the advert for the luxury £199-a-night property off the site as the company investigated accusations of discrimination.

In a statement Airbnb said: ‘Discrimination and bias have no place in our community, and we have suspended the listing while we address the matter raised.

The listing was later uploaded again – without any references to guests’ weight. 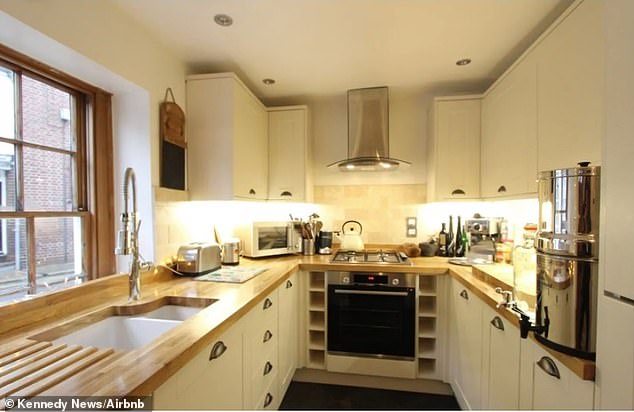 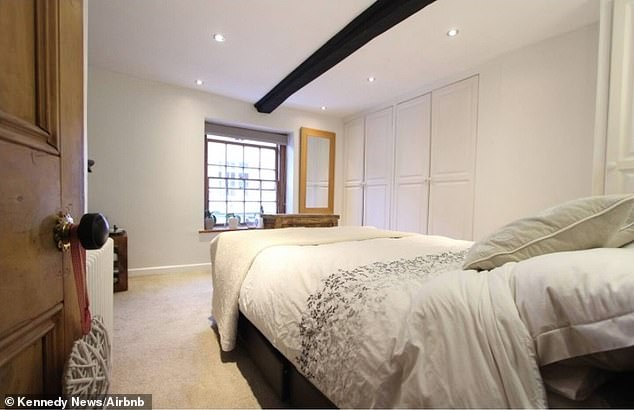 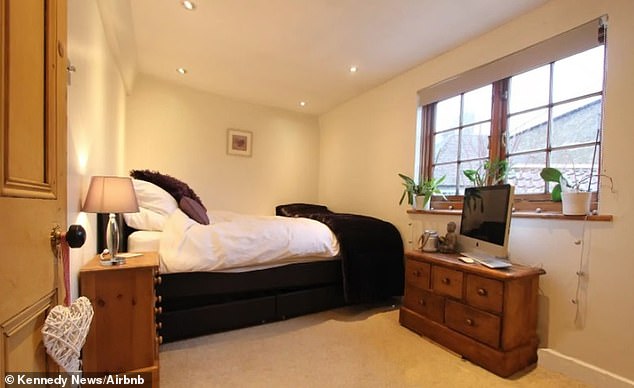 Its list of house rules include bans on children, red wine in the bedroom and moving furniture

Sarah Le Brocq, the director of Obesity UK, said the ban was on larger people staying at the property was due to ‘fat-shaming’ and prejudice against ‘people with larger bodies’.

She said: ‘Structural stability of a property is one thing, but how many people are you limiting in the house?

‘If you’ve got ten people all weighing 99kg then surely that’s just as bad as having two people that might weigh 100kg each.

‘It just sounds like madness. They’re trying to frame it as the stability of the house, but ultimately what it comes down to is clearly fat-shaming, weight stigma and real prejudice against people with larger bodies.’

The property on the Airbnb website is advertised as a ‘fine medieval’ two-bedroom cottage from the 15th century.

Its list of house rules include bans on children, red wine in the bedroom, moving furniture and more than four people in the hot tub at once.