A Country Fire Authority volunteer who was told by a senior colleague to “go hang yourself again and do a proper job of it this time” after previously attempting to take his own life has received a settlement of almost $30,000.

Former lieutenant Gary Cuddy has battled with CFA management and the state government for more than five years over his treatment at the Dunolly fire station, near Maryborough, where he was ostracised and routinely harassed by fellow officers. 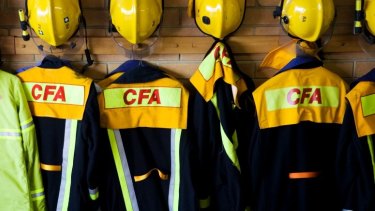 A CFA spokeswoman conceded there had been historical issues in the CFA “that had not been dealt with effectively”.Credit:Jessica Shapiro

After making an official bullying complaint in 2016, the 10-year CFA veteran was subjected to false allegations that he had fondled the breasts of a woman involved in a motor vehicle accident and had acted inappropriately around female CFA officers.

A medical assessment by Dr Geoffrey Hadwen found Mr Cuddy suffered from an ongoing depressive illness, which the doctor attributed to the “appalling culture of callous disregard and bullying by CFA administration”.

The recent settlement of Mr Cuddy’s case follows a series of stories by The Age last month that uncovered a dysfunctional workplace culture within the organisation.

The case is expected to lead to renewed calls for the release of a report by the Victorian Equal Opportunity and Human Rights Commission that was suppressed in 2018 after a protracted legal challenge by the powerful United Firefighters Union.

The government’s upper house leader, Jaclyn Symes, faces censure or possible suspension if the commission’s report is not tabled in Parliament within 14 days of the motion being passed.

A CFA spokeswoman said the organisation could not comment on Mr Cuddy’s case because of the Volunteer Compensation Scheme but conceded there had been “historical issues that had not been dealt with effectively”.

“CFA acknowledges, accepts and does not shy away from the fact that we have had individuals in the organisation who have behaved in a manner that does not meet community standards,” the spokeswoman said.

“However, strong and direct action is being taken and will continue to be taken to improve organisational culture and address outstanding complaints, overseen by our new CEO and chief officer.”

After signing a non-disclosure agreement as part of his financial settlement, Mr Cuddy was also unable to make any comment on his case.

However, a third party has provided dozens of emails and documents that reveal the psychological damage inflicted on him and the failure of the CFA to respond to his concerns.

In March 2016, Mr Cuddy attempted to take his own life after systemic bullying at Dunolly station. He was saved when police and a local CFA manager intervened.

Less than a month later, he was confronted by a senior CFA figure outside the Dunolly fire station and told to “go hang yourself again and do a proper job of it this time”. Several other volunteers witnessed the incident, including a teenage boy.

At a mediation meeting in Maryborough on April 8, the senior CFA officer admitted making the shocking comments, the documents reveal, and was eventually suspended from his role at Dunolly for six months. He remains a CFA employee.

Mr Cuddy emailed then chief executive Lucinda Nolan in April 2016 requesting she investigate systemic bullying at Dunolly. He told Ms Nolan that several CFA managers, including his welfare officer, had instructed him not to speak out and to “tighten my circle”.

Ms Nolan responded immediately and said: “I have sought urgent enquiries into this matter and an update on what is going on.” But within weeks Ms Nolan suddenly resigned – one of seven chief executives to leave the CFA in the past six years.

The then emergency services minister, James Merlino, and the Victorian Ombudsman both rebuffed requests from Mr Cuddy to intervene in the matter before he eventually launched civil proceedings against the CFA.

Friends of Mr Cuddy say he has been broken by the experience and continues to suffer from significant psychological problems.

“The CFA forced Gary to sign a non-disclosure agreement to secure a paltry sum after five years of torment, which indicates how desperate they are to avoid public scrutiny,” one friend said. “It’s a pittance and I believe they knew he’d accept it because of his desperate financial circumstances.

“All he wanted was a public apology and for them to turn his pager back on, so he could get back to fighting fires.”

Crisis support can be found at Lifeline: 13 11 14 and lifeline.org.au